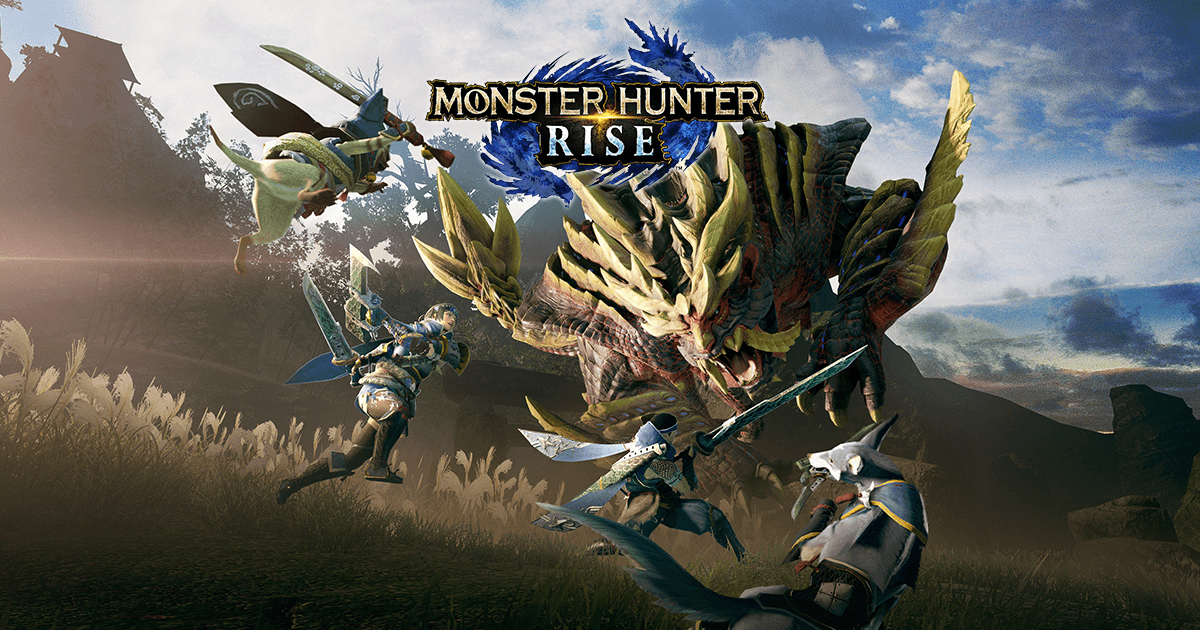 Similar to other Monster Hunter titles, the narrative, and core gameplay loop are tied together. Players are instructed to go on hunts to raise their rank, with specific events taking place after meeting certain conditions. Monster Hunter Rise tries to do a bit more with the concept by adding an event called the rampage. These events act like a tower defense game, where various monsters attack the village, and you need to hold them off with various weapons, or skills. This is just one of the changes to the formula found in Monster Hunter Rise.

Historically, Monster Hunter has remained a relatively slow experience. Players accept missions to hunt a specific monster, often for a considerable amount of time, before a winner is decided. What Monster Hunter Rise does differently is pushed a much faster combat pace.

On a basic level, this appears through a new combat companion known as a Palamute. Similar to how Pallicoes are modeled after cats, Palamutes are dogs that don’t just aid you in battle, but act as a mount to rush to, or from, your target. They’re extremely fast, make for a cool addition, and can even be customized to look like your actual furry companion.

In addition to a mount, Wirebugs have a substantial impact on the gameplay experience. Not only do they offer new ways to explore the world, but they’re also a great tool to dominate your target. One of the most interesting uses is saving yourself from a fall, or immediately getting up, giving Monster Hunter Rise a more dynamic feel. When you’re not using them for movement, they also offer devastating attacks. Every weapon has a different use/mechanic, making them invaluable for anyone looking to excel in this world.

The final use lets you actually mount various monsters. This is an extremely cool mechanic, as you can attack another monster, or simply have them run into a wall for an extended damage phase. It’s this type of dynamic combat that made Monster Hunter Rise stand out against other entries in the franchise.

Players will be able to further their combat ability by progressing in the narrative. For example, weapon skills are another important mechanic. The idea behind them is simple, give players various attack options that allow them to hold their own against a wider array of monsters. Even if that is the intent, a lot of players enjoy these because they change the gameplay experience. Seeing a more dramatic attack, or propelling yourself forward is a lot more interesting than a quick combo, or spinning.

Despite being a spin-off, Monster Hunter Rise has most of the elements players associate with the franchise. Defeating monsters gives materials that can be used to create/upgrade gear, there is a deep affinity system that makes specific weapons extremely powerful in the right situation, along with a vast array of items to change the flow of battle. Fans of a specific look will also be delighted to hear layered equipment exists, which allows your hunter to use a preferred look, without sacrificing combat options.

One interesting choice Capcom made with Monster Hunter Rise on PlayStation/Xbox is not withholding the experience. There are over 60 event quests you can download, along with some additional elements that make early progression a lot easier. This choice makes sense, as Sunbreak is coming in a couple of months, but it is great to see players will have a plethora of missions to overcome between then and now.

Finally, I wanted to talk about the performance differences between this version, and the original Switch. If you played Monster Hunter Rise on Nintendo Switch, you probably spent a fair amount of time loading screens or other little annoyances. I was surprised that maps load almost instantly on PlayStation 5, vastly improving the actual experience. Not only is it a lot faster, but the visuals were also improved, making it well worth experiencing if you loved the original, and now want the trophy/achievements, or were waiting to experience Sunbreak.

Monster Hunter Rise might not be the traditional Monster Hunter experience, but it is a lot of fun. It’s fast, in your face, with countless options to completely dominate monsters. These changes not only improve it for long-standing fans, but it also makes it a lot easier to suggest for newcomers. Add in the depth players love from the franchise, online multiplayer, and a vast array of optional challenge quests, and it’s hard to say no to the call of the hunt.

[Editor’s Note: Monster Hunter Rise was reviewed on PlayStation 5, and a copy was provided to us for review purposes.]

Wirebugs are a massive improvement to the flow of combat

Tutorial is good, but you'll likely miss something in the quick overviews

Misunderstanding a mechanic can vastly increase your fight time, and overall difficulty