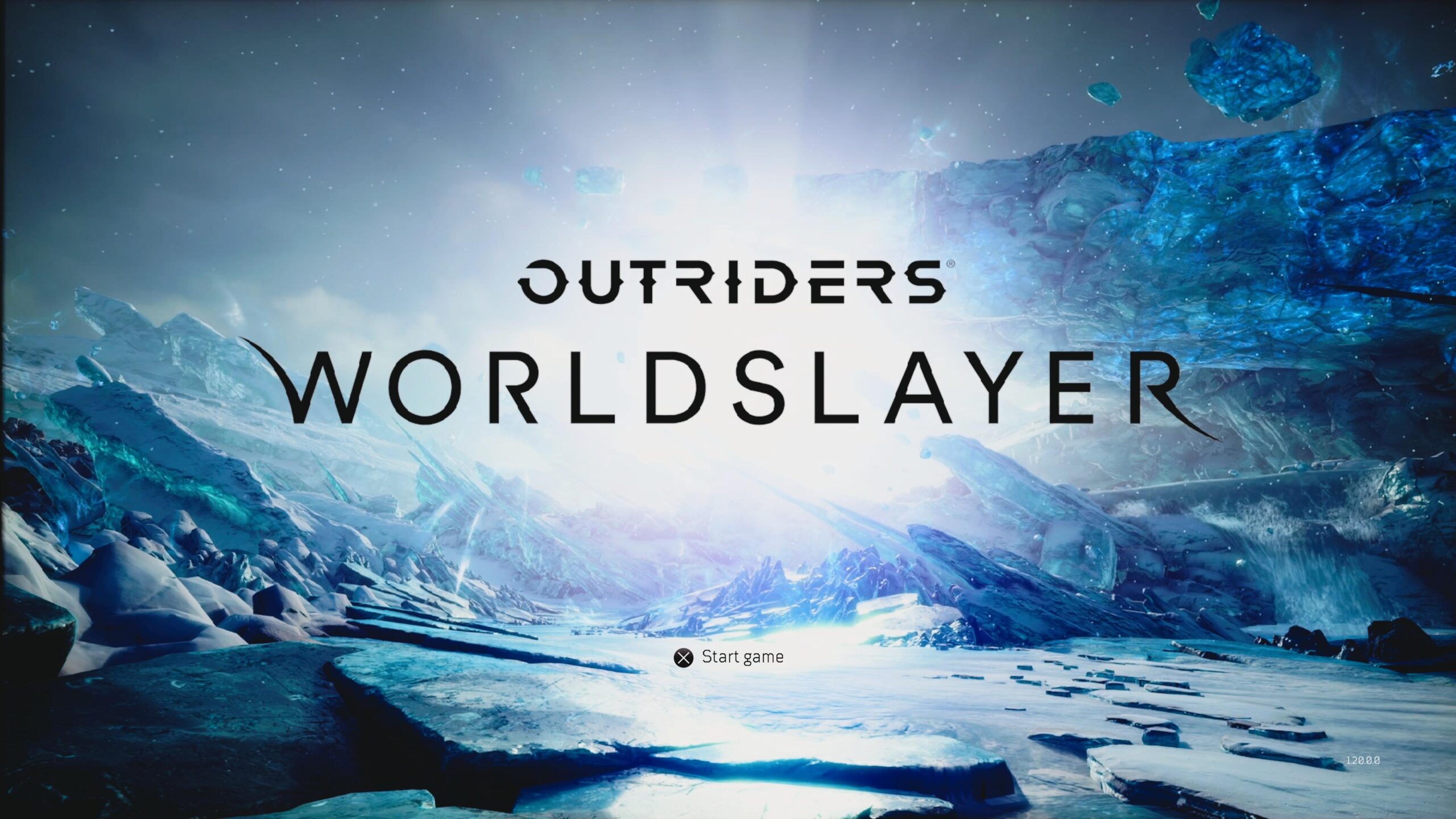 I love covering expansions like Outriders Worldslayer, since it’s as much a rereview as a review of the DLC itself. While this isn’t the first time we revisited the loot-based shooter, that occurred when the much-needed New Horizon patch was released, Worldslayer promises a lot more than improving the existing experience. With a new story, end game activity, further improvements, and more legendary gear is it enough to return to Outriders, or is it a quick fix that falls short?

Outriders Worldslayer manages to have a lot of narratives, while also having a very little narrative. The main narrative is exploring an infamous location that ends with a confrontation between the player and altered commander Ereshkigal. In addition to that, the expansion introduces Otarah Atuma, a Pax Shaman who offers some insight on Enoch before our arrival.

Where things go south is execution. Ereshkigal’s story happens entirely too fast and really only exists to be a turning point for the player character. And with her defeated and the people safe, Outriders Worldslayer builds up a new character known simply as The Father. There is a brief tease and some nice lore, which suggests this won’t be the only “episode” in the franchise, though it’s hard to say if it will build up to a climactic moment like The Witch Queen or one last hurrah before the end. While I appreciate People Can Fly trying to build the narrative, Outriders Worldslayer is still a gameplay-driven experience.

Most will likely plow through the new DLC stages in a few hours. The couple stages are pretty short and pretty much just walking to a place, fighting a bunch of enemies, and then either dialogue about what happened or the larger narrative. Like the story, it all builds to the Trial of Tarya Gratar and the post-game activities.

To be perfectly honest with Outriders Worldslayer, this is a wise choice as post-game was the original experience’s weakest point. Instead of having a traditional MMORPG style of progression like Destiny, it is very similar to Borderlands. Players have near unlimited opportunities to increase their power, but the only benefit in doing so would be to make getting further increases in power quicker/easier. It hurts the post-game because there isn’t anything new to see, contrary to Destiny, ESO, and even base Outriders where you need a near max level character to do raid/trials/higher tier expeditions like Eye of the Storm. The difficulty is also largely sliders, meaning it is hard to actually tell and offers little to no difference in builds.

For example, let’s look at Apocalypse Tier 40, which is the new cap for Outriders Worldslayer. Enemies have more health, damage, and resistance, and players get more experience, better loot rarity, and higher levels, but it can be hard to really see a difference in experience. I might die faster, and enemies might last longer, but generally whatever worked at tier 39 will work for tier 40. With Destiny 2 there are Champions, which generally require seasonal mods that push specific weapon types, burns that make items with a certain element more powerful, and match games to generally force players to think about different shields. There are tricks to avoid these mechanics, certain rolls, and more but generally, you can’t stick with one thing and constantly progress. After a certain point, there need to be other considerations.

Even if Outriders Worldslayer sticks with static rolls for legendary gear, so every Descendant helmet will drop with Even Odds and Thunder’s Legacy, the newly added Apocalyptic gear has an additional slot that can’t be edited and is random, based on either the full list or some curated version. One advantage is newcomers will have an easier time collecting mods, since this additional slot gives them, with the disadvantage coming from Outriders Worldslayer‘s biggest loot-based issue, the size of the actual pool.

Outside of a couple of specific Trials of Tarya Gratar stages, there don’t seem to be any targeted or specialized drops. Where this becomes an issue is the sheer number of legendary drops in Outriders Worldslayer. Even if I don’t have the exact number, there are at least 100 possible legendary drops. I note these elements since they’re extremely important and have a negative impact on the Trial of Tarya Gratar and the end game in general.

Worldslayer has A Lot of Interesting Set Pieces

The issue is pretty simple. Without a large piece of content pushing players forward, it falls on the core experience and desire to grind to keep one playing. Where this goes south is thinking about building rationally. Speaking for myself, I’ve played Outriders enough to have every trophy (including New Horizon and Worldslayer), had all the original World Tiers, hit the original max level in expeditions, cycled the shop more than a few times, did some grinding against the last boss and more, yet never had the Armor of the Acari drop. RNG and the fabled desire sensor will do their thing, but the bigger reality is, even if one of my legendary drops happens to be that piece, at most there is a 25 percent chance of it being Apocalyptic and depending on the perk pool, could be another 150+ total options, though I’d guess it’s probably closer to like seven. Either or, it’s just a monumental amount of RNG that, at most, makes it easier to do the same tasks. This is also where the Trial of Tarya Gratar was set up to be a bit more, yet ultimately falls short as well.

The map above shows all the paths you can take during the event. Basically, dead ends return players to the previous area and each path offers different ways to do the same event. Some of them are harder, have specific drops, such as the top most stage rewarding body armor, with even some locations that are uncommon or have a rare boss. However, most runs will be the same places, where players must fight waves of enemies with a boss here/there. It’s fun at first, though after a while it’s like expeditions and you’re just going through the motions.

That is really the unfortunate thing about Outriders Worldslayer. It’s an expansion that really comes down to offering a new hoard mode, grinding for mostly the same gear with another perk and higher numbers that offer better potential. It will appeal to some, mostly the hardcore player base, though there really isn’t anything to draw in newcomers or those who have left. In some ways, it makes things harder, as some classes require even more of an investment to really find their stride. Especially when some of the finer points remain something of a mess.

Online functionality was never a strong point and this is still true with Outriders Worldslayer. Take matchmaking itself. Players can join stories, expeditions, or Tarya Gratar, but options are pretty limited. Ignoring the dodgy nature of knowing when a team is doing expeditions and Tarya Gratar, players can’t select the difficulty range. Given players can’t progress unless they play content at their difficulty level or higher and drops are scaled-down, it makes matching with a group multiple levels under you bad. Likewise, it’s also possible to match with teams out of your league, both of which make for a negative experience for everyone involved.

Beyond that, I also encountered some rather frustrating glitches across my many rounds. For instance, I encountered a fair amount of lag. I personally have my PlayStation 5 connected to my router via a wire and gets up to 900 Mbps with a ping of about 12. I don’t have these issues in really any other game, so it’s surprising it’s so prevalent in Outriders Worldslayer. Some of the problems are the fast-paced nature, as players are expected to damage and kill to stay alive, something that falls apart when even a couple of seconds can result in death. The other is some unusual glitches that completely ruin the fun for everyone.

On multiple occasions, I ran into games that broke my build. One of my skills no longer displayed multiple uses, instead, it showed that it was on cooldown, but was still usable as if I had two still, along with one of my skills doing absolutely nothing to enemies and I lost Convection, one of the new PAX skills that reduce my cooldown by 4 seconds when all skills are on cooldown (though it has a 3-second cooldown). This makes it incredibly easy to die, resulting in a massive reduction in damage and a worse experience for everyone involved. It can be solved by wiping or restarting, though on a Tarya Gratar run it will persist for multiple rooms.

Even if I have a fair bit of negative things to say, it isn’t all bad. The aforementioned Pax trees offer some insane utility and in the case of my Pyromancer, made a skill build a lot more fun. With the right rotation and build it’s entirely possible to go a full encounter without firing your gun once. Ascension falls in a similar place.

Players are given 20 new abilities, each of which cap at level 10, allowing players to fine-tune their builds. I can increase damage, armor, health drain, cooldowns, and more. None of these are broken and gives players something to endlessly work towards like getting the perfect rolls.

While I personally found Outriders Worldslayer enjoyable, I would say it’s more like a bandaid fix too much larger issues. The gameplay loop is basically the same, just with more metrics. This will appeal to the hardcore players, which is good, though it doesn’t do much for returning fans or newcomers. Given you can see everything this episode has in about five hours, it really becomes a question of how much you want to grind. The changes absolutely help make builds even more potent and fun, a massive win for everyone, it just is a shame that there isn’t enough variety beyond doing the same thing repeatedly with higher numbers.

[Editor’s Note: Outriders Worldslayer was reviewed on PlayStation 5 and a copy was provided to us for review purposes.]

Some of the new builds make the game extremely fun

More options give players something to work towards

The new activity has some really cool lore

Online issues, glitches and shortcomings are a massive negative

Short story that ends before it feels like it started

The Best Spot to Grind in Outriders Worldslayer