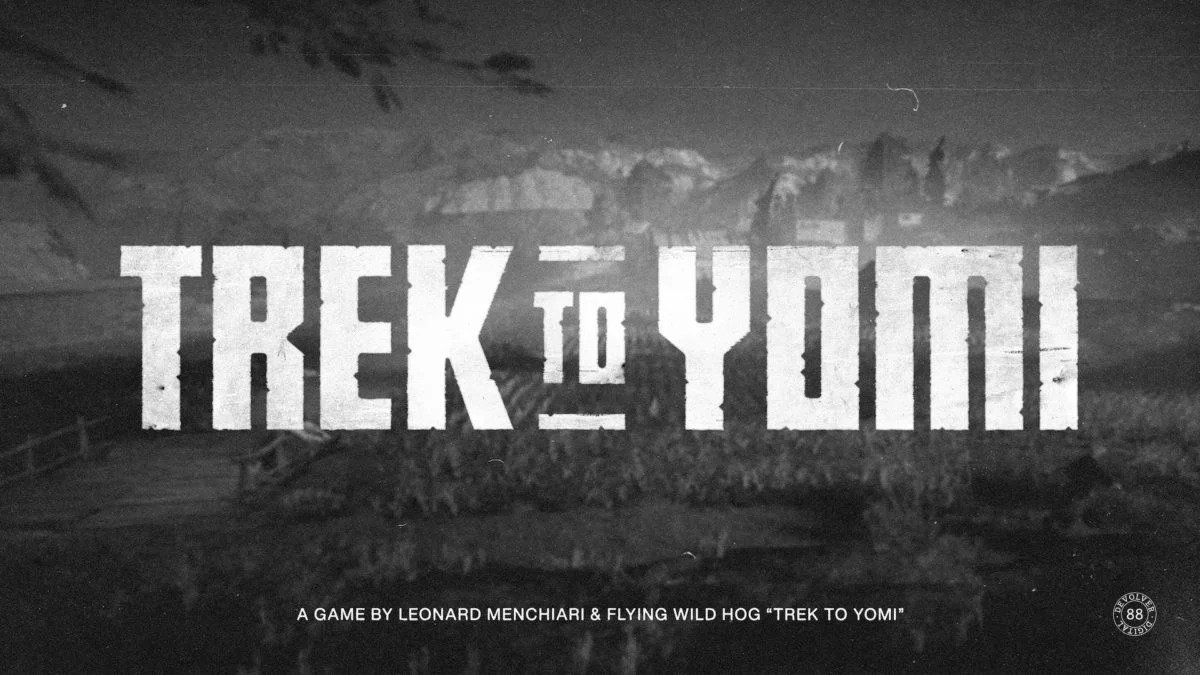 Samurai video games got a big boost of rejuvenation thanks to the 2020 release of Ghost of Tsushima. Thanks to the release of the PlayStation exclusive, now more Samurai games are being released worldwide.

Now that it’s 2022, we see the release of another Samurai game called Trek to Yomi. Unlike Ghost of Tsushima though, Trek to Yomi is developed by a smaller team of Flying Wild Dog and Leonard Menchiari.

Trek to Yomi isn’t a huge open-world video game as it’s a small-scale side-scrolling game instead.  Due to the smaller nature of the game’s development, you won’t see sprawling environments and you don’t need to ride a horse in this game.

One of the most notable things to say about this game is that it has a unique presentation style. Even though this game has been built using the modern Unreal Engine 4 game engine, Trek to Yomi literally hides its colors thanks to it being all black and white.

The game has a truly cinematic style with its widescreen display and ‘50s style look. Not only is the game black and white, but the developers also added film grain to make it appear even more authentic like old Japanese movie.

The developers also opted to only make Trek to Yomi using Japanese voice acting too. If you don’t speak Japanese, you don’t have to worry because the game does provide you with English subtitles. The Japanese dialogue sounds genuine and it’s much better than hearing some lame English actors trying to have Japanese accents.

Aside from its visual presentation, this game also has an interesting story behind it. Players will assume the role of a young Samurai named Hiroki. At the start of the game, you control him as a child where his village is invaded by evil men.

The story then takes a more supernatural turn when Hiroki is an adult because he then has to battle demons and zombie-like creatures. Fans of Ghost of Tsushima might dislike its deviation from realism, although I didn’t mind the change in pace and it made the story and enemies more interesting.

While the game’s presentation is unique, its gameplay is also very unorthodox too. Since this game is a side-scroller, enemies can only surround you from the left or right side of the screen. You won’t see enemies crowding around you in a circle like Ghost of Tsushima or even the Batman: Arkham games.

Even though you have to fight many enemies at the same time, they all don’t rush in and attack you simultaneously.  The enemies will usually wait for their turn before they try to attack you. However, you will need to press the A (X on PlayStation) button to do a 180-degree turn to face enemies head-on. Failure to do a 180-degree turn means enemies will be able to take free hits while your back is turned!

In terms of combat, it’s surprisingly simplistic and not as innovative as say For Honor or Ghost of Tsushima. Hiroki in this game only has a light attack button as well as a heavy attack button. You can do a combination of combos in order to weaken enemies with armor and that’s about it.

Enemies without armor are laughably very easy to kill because they go down with only one or two strikes with your sword. Thankfully none of the normal enemies have large life bars like the ones you may see in more modern Assassin’s Creed games.

You will need to look at the stance and attack position of enemies so you know the best time to strike. Hiroki can block and counterattack enemies if he times it right. You can also stun enemies and finish them off using the right bumper button. Finishers are really cool and you will need to use them to restore some lost health.

Ranged combat is also available for you to use in Trek to Yomi as well. While ammo is strictly very limited, Hiroki can use a bow and arrow, bo-shuriken and even an ozustu. The latter weapon is like a shotgun cannon, and it’s cool to use although very slow to fire. Ranged combat is pretty cool, although like I said you cannot use it much as you don’t get much ammo.

Aside from normal enemies, there are some bosses that you have to fight too. Bosses have a larger life bar and they usually have a predictable attack pattern. While the bosses can be challenging in harder difficulties, they’re far easier to beat than the bosses you encounter in Elden Ring!

To break up the monotony of combat, there are some puzzles for you to solve. The puzzles are quite easy to get through as you just need to match the Japanese symbols that you see around the environment. There are also some alternate paths for you to take where you can take out enemies using the surrounding environment.

Probably my biggest gripe with the game is its really short length. I finished this game in just around five hours during my first playthrough. For most gamers, it will take around four to six hours to complete it. The game does not even have a new game plus, so there’s little incentive to really play the game multiple times.

Overall, Trek to Yomi is an enjoyable game, but the simplistic combat and short length prevent it from being a must-buy. That being said, Xbox gamers are lucky though because the game is coming to Game Pass, so you don’t have to feel like getting ripped off.

[Editor’s Note: Trek to Yomi was reviewed on Xbox Series X and a copy was provided to us for review purposes.]

Fixed camera is hard to see