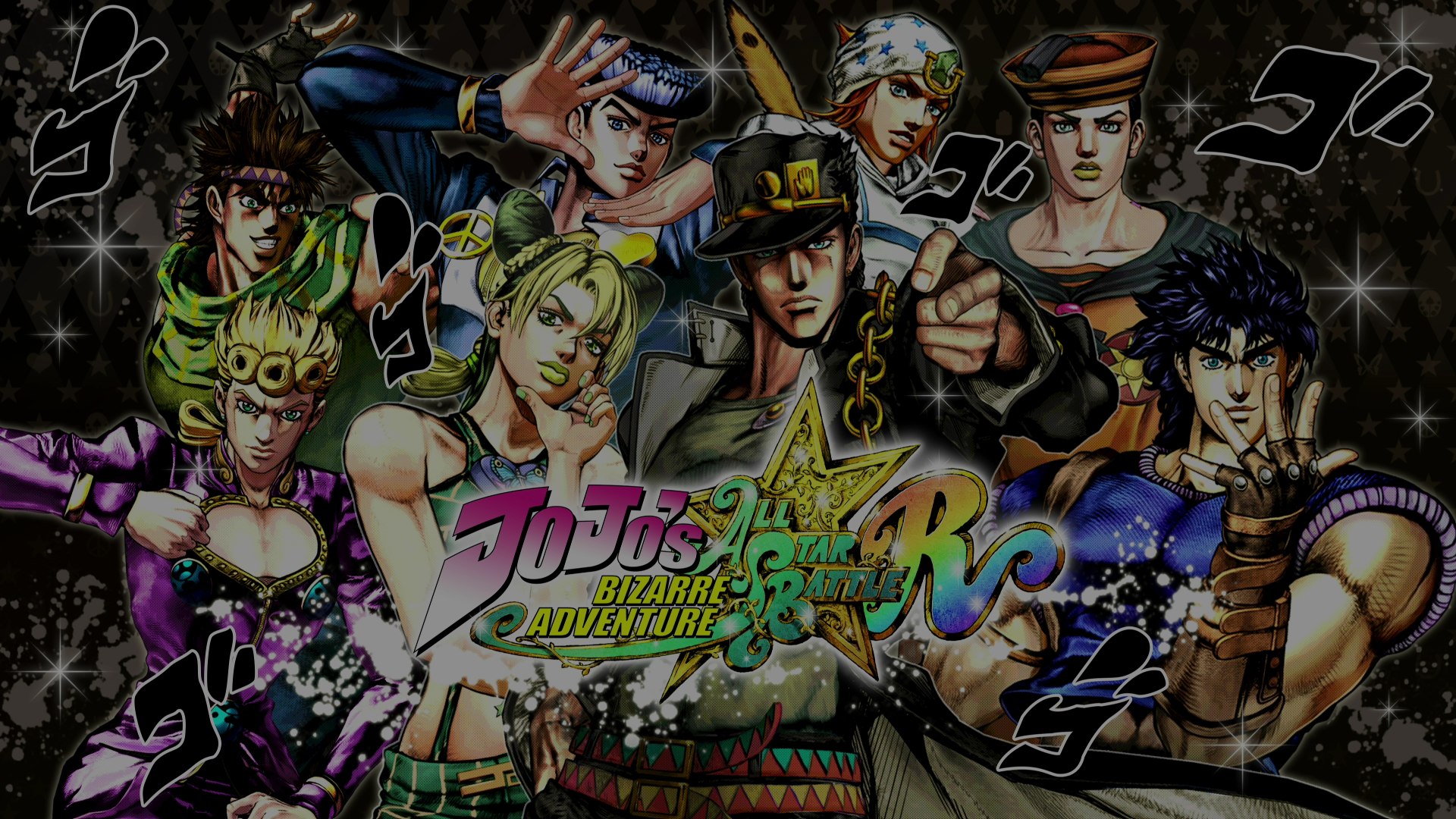 I find the rise of JoJo’s Bizarre Adventure in the west both great and fascinating. While I got into the series back when I started college over a decade ago, the series was in a peculiar place. Given the popularity of the third arc in Japan, which hit a point where Capcom made their iconic fighting game for Arcades, PlayStation and Dreamcast, the US launch reduced the original two arcs into a brief explanation of what the Stone Mask was and the significance it would have on the story thus far. Years later, the anime is a hit; the series is constantly getting Nendoroids and other toys, making it the perfect time to bring back JoJo’s Bizarre Adventure: All-Star Battle. With promises of improvements, changes, and building on the already substantial foundation, is JoJo’s Bizarre Adventure: All-Star Battle R a must for fans or does it fall short of the series’ impressive legacy?

Unlike many anime/manga games, JoJo’s Bizarre Adventure: All-Star Battle R doesn’t include a story. Instead, every arc is broken up into various iconic moments or fun additions. For example, Part 3 Stardust Crusaders includes Iggy versus Pet Shop, Polnareff versus Cool Ice, Jotaro versus Avdol, and Jotaro versus Dio, and you get the point. On the other end, there are also fun matchups, such as Avdol versus Ghiaccio, making for a mode that will probably appeal to fans.

Surprisingly, it is also a sizable amount of content. There are 104 fights across the eight different parts, each with optional tasks to perform, various difficulties, and even modifiers to make things more accurate or spice the experience up. That said, some of the fights can be a bit difficult; it just depends on your skill and the quality of the character in question. Still, it makes for a fantastic tutorial for these characters and how to fight against others. Mainly since fan favorites are frequently featured in these fights.

Players can continue honing their skills outside the story mode with Arcade, Versus, and Practice. With Arcade, it’s your generic eight-fight mode, though there is an endless version if you just want to test your skills. Versus is against AI or friends offline, which is always welcome. Unfortunately, Practice is more of a traditional, figure-it-out mode. This is unfortunate for anyone looking for more advanced tips or understanding of the experience, though it’s still better than nothing, given the impressive roster.

So Many Characters to Choose From

While I wouldn’t say JoJo’s Bizarre Adventure: All-Star Battle R is the most robust fighting game, it more than makes up for the simplistic battles by adding many characters. Honestly, practically every notable personality from the start of the series to Steel Ball Run is included. Beyond that, JoJolion is had, though it’s just Josuke Higashikata.

Players and fans will probably like a good balance between a logical fighting game and an homage to the source material. Iggy can fart on people; stands can be summoned to fight with you or in conjunction with your attacks, and Hamon users like Joseph Joestar feature a very different fighting style. Perhaps my favorite example is Deigo Brando, who fights mounted on a horse like other Steel Ball Run characters, with an unmounted move set and even the ability to transform into a dinosaur with its small range of attacks. These little details help the series shine, especially when you notice all the minor touches, like how a character walks to significant things, such as their climatic super moves.

Levels feature a similar amount of love. Each is selected from a notable play in the story and generally includes some kind of gimmick based on an event. Triggering it will show various manga panels building up to it, be it a chandelier falling or a car driving by.

One of the most excellent details to see is the sizable amount of unlocks. Every character has multiple taunts, colors, sayings, and more to make the experience more personal. Most of these are based on critical events, such as shadow-faced Dio, Iggy Pop featuring his original manga appearance, or an alternate color to add some flare. These are generally unlocked through currency earned by completing tasks and playing the game, with a few locked behind story progress, optional events, and other charges. Perhaps the most complex and exciting will be those associated with online mode.

Once you have everything mastered or grasp how a character is played, the advantage of blocking/dodging, and more, it’s time to fight people online. This can be a rather unpopular aspect for many players, especially in games not particularly well balanced like JoJo’s Bizarre Adventure: All-Star Battle R, but the online missions are worth considering.

At the time of posting, the Phantom Blood campaign is live and includes six tasks, with a Battle Tendency campaign set to go live next week. What I like about the missions is that they’re generally fun. This week, you need to play Speedwagon, use part one characters ten times in ranked mode, and land two specific attacks. Doing all these in a week will unlock a new costume for Speedwagon. Next week is a little more complicated, as players need to win three times as Lisa Lisa, though the wins and landing specific attack moves can be done with a friend and completed in 20 minutes if you’re struggling. It’s an interesting choice to try to keep online going. Hard to say how it will pan out in the long term, though it’s a choice I appreciate seeing.

While JoJo’s Bizarre Adventure: All-Star Battle R might not be the best fighter on the market, it more than makes up for it by having all the style and charm of the beloved manga/anime, with plenty to see and unlock. Some might be disappointed by the lack of a proper story mode or having to play online, but the high number of characters and ample opens more than makeup for it. For these reasons and more, it’s an easy choice for fans of the series and worth considering if you just want to get an idea of what these characters are about.

[Editor’s Note: JoJo’s Bizarre Adventure: All-Star Battle R was reviewed on PS5, and a copy was provided for review purposes.]

Actually has unlockable costumes and more

Has auto combos so even low skilled players can do well

Lack of modes can turn some players off

Gameplay could be a little more balanced