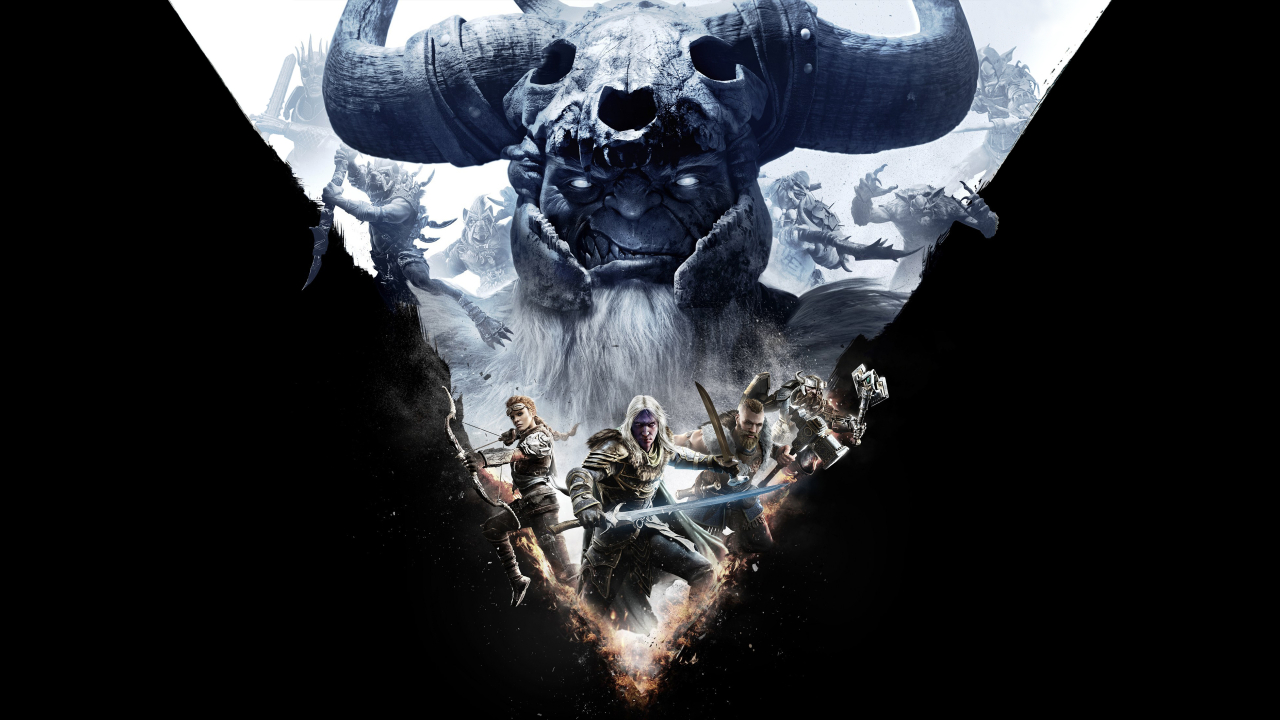 While far from a direct follow-up, Dungeons & Dragons: Dark Alliance is a spiritual successor to the Baldur’s Gate series that captured our hearts in the early 2000s. The modern-day Dark Alliance pulls from the R.A Salvatore Icewind Dale Trilogy, taking place after The Crystal Shard, specifically. Those that have read the books will certainly find plenty of nods and tidbits to enjoy, but previous knowledge isn’t a strict requirement from this self-contained story.

The narrative revolves around the Companions of the Hall — Bruenor Battlehammer, Catti-Brie, Drizzt Do’Urden, and Wulfgar. The wildly popular Drow and other three varied heroes are readying to combat the factions coming forth to claim the Shard, a powerful relic known as Crenshinibon that was previously wielded by the defeated Akar Kessel. With the impending arrival of formidable forces, it’s up to the four heroic combatants to stand in the way of evil’s desired victory.

What ensues is fewer dice rolls and more instantaneous action. Dungeons & Dragons: Dark Alliance isn’t attempting to replicate the intricacies of the tabletop game, instead opting for good ‘ol hack-and-slash combat. Sure, there are numerous stats that can be boosted on the character sheet upon leveling up, but increasing Charisma won’t open narrative options for those hoping to talk their way out of combat. The attribute now correlates with the generation and effective area of a character’s Ultimate ability. This is DnD without the added depth of its physical counterpart, more akin to some of the Lord of the Rings video game adaptations we have seen in prior years.

The end result is a game that has appeal for Drizzt and Dark Alliance fans alike, but it regularly struggles beneath the weight of technical issues and rough design implementation. The technical side is a mess. Dark Alliance has been plagued with connection issues for those trying their best to enjoy 4-player co-op. Those not hosting can experience a wide array of problems, including poor hit detection. Having an enemy successfully connect a strike from a far distance wasn’t terribly uncommon, making it hard to read and respond to attacks. The technical troubles also extended to smaller oddities, such as characters drifting across the ground despite no movement input.

In regards to gameplay design plights, enemies were observed acting erratically across different engagements. Enemy AI and pathing are not in a great state and it won’t take long to see what’s wrong. There were multiple times when enemies failed to acknowledge the player or outright disengaged mid-combat, perfectly content soaking up damage with no desire for self-preservation. In fact, playing as Catti-Brie allows players to sit beyond the invisible engagement barrier and pelt enemies with arrows without fear of retaliation. Tuque Games is steadily pushing out updates to address this lackluster state, but the degree of their success so far is up for debate.

Even freed from the shackles of these arguably patchable problems, Dark Alliance feels shy of a modern experience. Played in single-player, the gameplay loop can be dreadful. This is mostly due to terrible difficulty scaling. The six difficulty settings were clearly developed with co-op in mind, as attempting to raise the challenge in solo play often results in being one-shot by basic enemies. Even with co-op partners, the difficulty jumps between settings seem vast. Either monsters are demolished with ease or they become spongy encounters.

Still, the co-op has its moments. A full group of four players coming together, building off each other’s attacks, can feel great. And those attacks are fleshed out over time with a deceptively deep combat combo system. Combat would have been smoothed using a directional combat system akin to the Batman Arkham games, but that’s not doable here given the input requirements for different combos. So while the list of available attacks is commendable, there’s nothing worse than missing a hit because of the rigid, camera-facing strikes let off by the characters.

At least there’s plenty of loot to gather. Levels are filled with short, branching paths that lead to additional gear finds. And loot rarity can be increased by forgoing Short Rest points. The risk/reward mechanic leads to engaging conversations with the co-op team as everyone decides where they stand with healing items and current health. The allure of better loot is ever-present, a compelling component of successful RPGs.

Still, even with glimmers of promise and excitement, Dungeons & Dragons: Dark Alliance fails to live up to its predecessor. There are numerous problems plaguing the game that make it even more difficult to truly enjoy the redeeming factors. When it comes to the early 2000s Dark Alliance titles and Tuque Games 2021 successor, the primary commonality is that they are both outdated by today’s standards. It’s a shame, too, because Dark Alliance held plenty of promise for the resurrection of a beloved franchise, but this product fails to deliver anything as memorable as the former Baldur’s Gate entries.

[Editor’s Note: Dungeons & Dragons: Dark Alliance was reviewed on PC and a copy was provided to us for review purposes.]