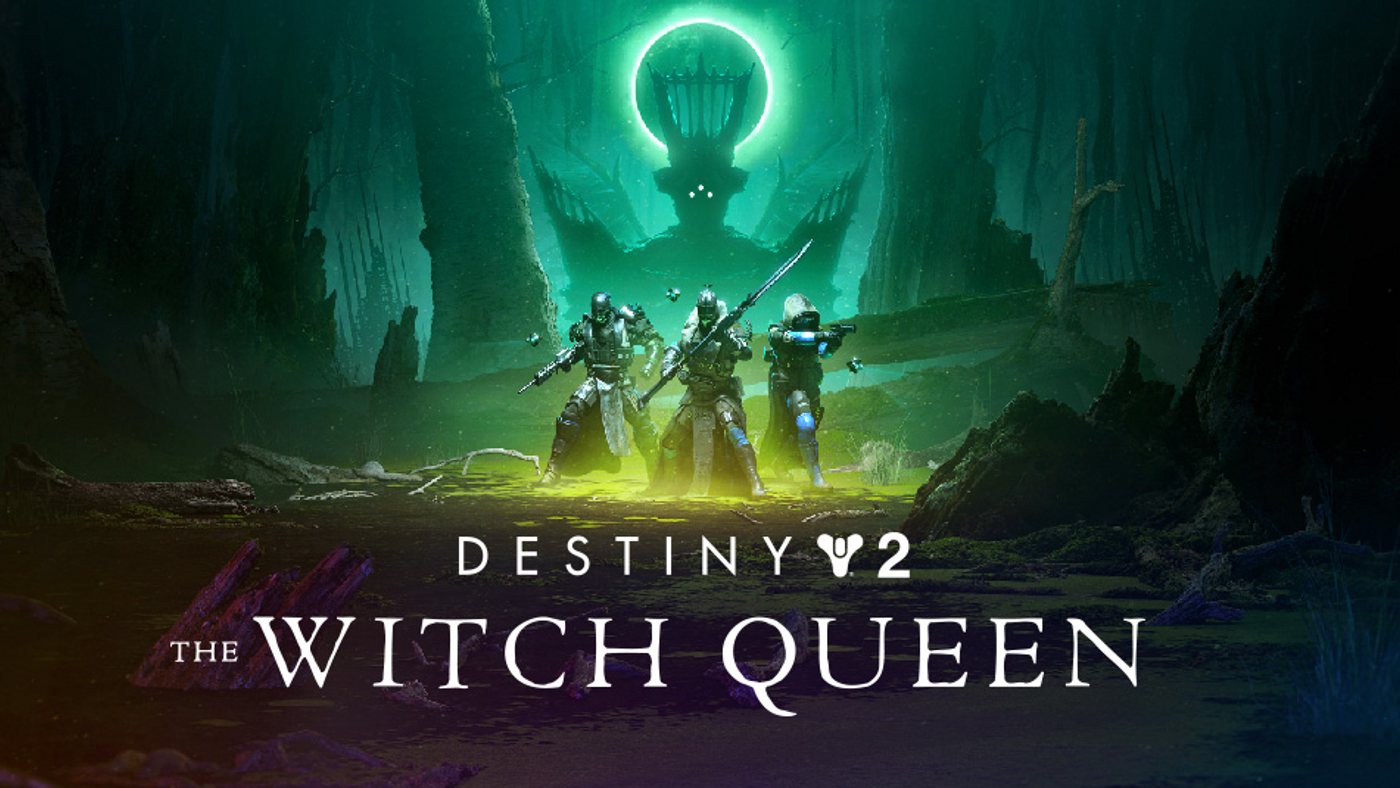 Over the years I’ve had a love/hate relationship with Destiny. I always enjoyed so many aspects of it, though it never quite hit a point where it all clicked. In some ways, it suffers from the opposite problem of Babylon’s Fall. An intriguing story that seemed to exist mostly as cards and other optional elements, with a bunch of satisfying weapons that funneled into a few outliers to complete a small handful of stages. Several expansions, changes at Bungie, and more have resulted in Destiny 2 being radically different from the game people wrote off at either the franchises or Destiny 2’s launch. With the highly anticipated Destiny 2: The Witch Queen expansion in players’ hands, the raid conquered and secrets discovered, does it live up to the hype or should it fall to the darkness?

Destiny 2: The Witch Queen’s narrative starts by highlighting some of Destiny’s problems. As a day one player, I remember killing Crota, which brought Oryx and some of the franchise’s best lore before his fall, along with all the twists and turns that brought us to this moment. Unfortunately, I can’t comment on how much of an impact the opening narrative that gives a general overview of the story so far would have on new Guardians, though I doubt it was a great reminder of how far the old guard has come. Thankfully, I wouldn’t say a deep understanding is needed to appreciate the events, just that it adds to the experience.

In this expansion, players are confronted with a lot of narratively large implications. Savathûn, the Witch Queen herself, is given a plot that truly lives up to the expectation of her legacy. Learning her story also made her a bit more sympathetic, adding a lot of layers to the whole cosmic light/dark narrative, one that will likely be explored in the already confirmed Lightfall expansion.

Not only is this an interesting narrative, one with actual cutscenes, in-game explanations, and even the first step towards the true final antagonist, it’s one of the most robust and enjoyable campaigns to date. One of the biggest differences was correcting complaints about champions and  Oryx’s narrative showdown. The newly added Lucent Hive changes the gameplay experience in a rather direct way, without needing overly annoying gimmicks that push specific weapons. Instead, they work like Guardians, in that they can be suppressed or simply overwhelmed, though it isn’t actually a kill until you brutally destroy their ghost. These mechanics have resulted in a far more favorable reception in the community and ideally, will be the thought going forward.

As for Savathûn and her various mini-bosses, each fight feels much closer to what a raid experience is. Oryx was largely criticized for being a rather limited fight against a foe that was seemingly ordered below enemies found elsewhere, with his actual death occurring in a raid most players never accomplished. By making her fight more engaging, story players, especially those on the newly added legendary difficulty, legitimately feel like they won against a foe who was beyond the usual enemies we encounter.

Bungie also made some smart calls with this campaign. One of the most notable encounters is against an Ahamkara “illusion,” which players might remember from Riven or at least exotics that use their pieces. These small choices give the more casual side of the franchise a great look at the experiences beyond. Even if neither fight quite reaches the level of complexity of raid Oryx or legitimate Riven, simply having an encounter where they pose a real threat is a step in the right direction.

With this adventure taking place in Savathûn’s throne world, Bungie also used this opportunity to have a radically different take on the Hive and a location in general. Her world is bright, with some dark patches, with a lot of notable and memorable locations. It’s a much nicer experience than Europa’s snowy landscapes and Fallen ships or even Oryx’s Hive ship. A lot of time, effort, and thought went into this world, something that Bungie also applied to the raid as well.

Despite not having quite the same color scheme, Vow of the Disciple is filled with trophies, large set pieces, and generally a unique aesthetic design. As more players traverse the raid, it will be exciting to see what their reactions are to the location and even the final boss who’s the first really unique enemy added since Riven herself. Said boss also has some truly fascinating lore that really makes their unique fight, presence, and existence stand out in the world of Destiny.

Vow of the Disciple is Really Something

Like all expansions, there is more to Destiny 2: The Witch Queen than a new campaign, a couple of strikes, and a raid. Another massive change happened to Gambit. I’ve always enjoyed the concept beyond the mode, even when you had to win multiple rounds, though it has been a matter of contention in the community. Mostly how games are quickly decided, with small errors causing massive problems. Now, heavy is a lot more common, with bosses having damage phases. It makes it easier for a comeback, quick plays, or crafty changing, though still misses the mark. With heavy being a lot more common, there is a current meta of rockets like Gjallarhorn dominating the invading side. That said, as a whole, Gambit is in a better place.

Keeping with tradition, one of the most anticipated features, crafting, is not only in a poor place, it honestly makes the problem it was designed to resolve worse. Simply put, the idea behind crafting was to eliminate the need to keep multiple weapons or endlessly grind for specific perks, saving space. I wouldn’t need to hold onto Cataclysmic with two or three perks, I could just craft one for this meta and remove it when it’s no longer part of it.

Where crafting falls short is the overall approach. First specific weapons need to drop with a rare modifier. These indicate you need to earn experience with them, either by using or just having with you when obtaining experience, with the reward varying. Once in a great, while you’ll get a pattern, basically the option to craft said weapon, with most giving crafting materials. From there, some of the better perks have extreme increases in cost. For example, I can make a basic rocket for five Resonant Alloy, 10,000 glimmers and 750 Neutral Elements. Adding a single “enhanced trait” adds a new resource that can be rough to obtain, another 75 obtained from leveling aforementioned guns (resource is not guaranteed on every gun and it takes about seven to unlock one gun). This, coupled with low caps doesn’t encourage much use.

On a high note, glaives have a lot of potentials. Instead of being completely dependent on ammo, like swords currently are, they can be used as a ranged weapon or melee. They also have combos, do good damage, use more accessible ammo, though the important thing is that they’re a satisfying weapon to use.

I can easily shoot a couple of enemies, put up a shield and then perform a combo killing a stronger enemy like a Knight or Witch. Right now they’re in a good place and it will be interesting to see what they do long-term. Even if the exotics are not quite the meta-defining additions the exotic swords were, they’re unique and fun. There are also a couple of seasonal mods that help them out a lot. Over time, when they get more mods or we see later seasons it will determine if they stand out long-term or eventually become a largely forgotten weapon type.

I think it’s safe to say Destiny 2: The Witch Queen is the best Destiny has ever been. Changes to narrative have both made for a compelling adventure, one that doesn’t compromise on experience. The newly added raid might be a little more mechanically driven than some players want, it checks all the boxes, with the final boss being widely praised. It’s a shame there are some rough parts, such as crafting but this is probably the best time to start or return to Destiny 2.

[Editor’s Note: Destiny 2: The Witch Queen was reviewed on PlayStation 5 and a copy was provided to us for review purposes.]

Savathûn's throne world is a blast to explore

New enemies and glaives are a fantastic addition

Vow of the Disciple is peak raid quality

Legendary campaign is rewarding, with just enough bite to be fun

Gambit is still far from perfect, but it's in an arguably better place

Crafting is in a bad place

Some balance changes are not favorable, with it even highlighting issues with current mod venders