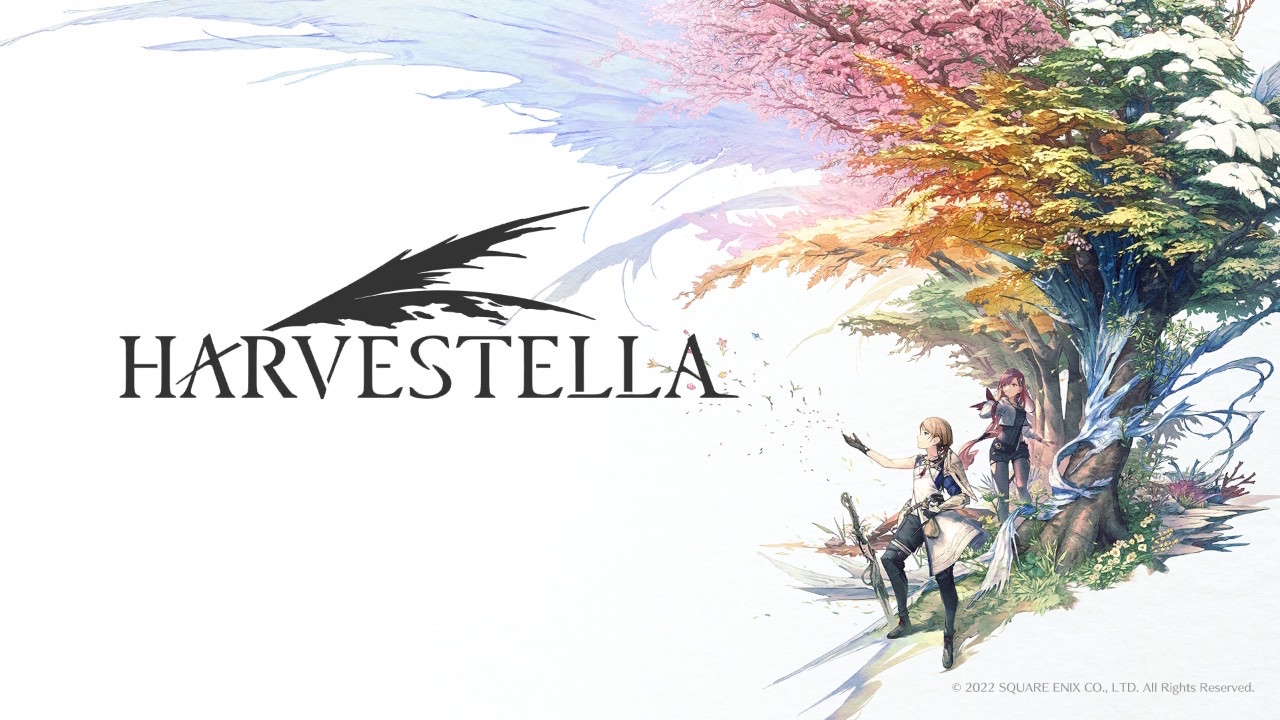 A couple of weeks ago, we covered Cult of the Lamb, which attempted to merge city management with charming roguelike gameplay. On paper, the concept sounded rough, and at times, it feels that way in-game, but the overall experience certainly stood out. Similar things can be said about Square Enix’s latest effort, Harvestella. Merging an action RPG with life-simulator sounds like another exciting take that could go in either direction. Given Live Wire’s previous strong efforts and Square Enix’s history with the genre, is it an unquestioned hit, or do poor choices hold it back?

Harvestella starts with an exciting premise. You play a player-creator character, male, female, or non-binary, who has no recollection of their past. A mysterious woman with wings, whom you knew in the past, helps you avoid danger before disappearing.

Can You Save the World?

As you awake in a new town, you talk to the various locals until something falls from the sky. The unknown object has a door, which you enter and find a person unconscious. Over time they wake up, and you learn they’re a human from a different period and need to figure out what is going on.

After the reasonably substantial introduction, the world slowly reveals new concepts. These include another group, mystical animals like a unicorn, all hinting at a more extensive narrative related to the woman from a different time and the odd crystal near the village. It’s presented well, hooking players almost immediately with a delightful mix of emotional moments and exciting discoveries. However, the same can’t be said about the gameplay.

Almost immediately, the rough edges of Harvestella are apparent. Following the somewhat limited character creator, progress is an odd mix of incredibly slow and tutorial-heavy. For the first few days, you’ll learn how to farm, meet the townspeople, and get a general feel for the gameplay loop. Basically, you’ll tend to the farm and finish every task by sleeping, purchasing/making supplies, or exploring an area.

Part of what makes the tutorials so rough is how shallow everything is. Unlike a similar title, Sakuna: Of Rice and Ruin, Harvestella‘s farming is essential. Take the most basic task, tending to the crops. This is done by plowing the land, selecting your resource, and swapping to your watering to water them if it isn’t raining. Every crop has a different duration, so if you can’t harvest after a day, you merely repeat the watering step for those crops until you can, followed by selling them and then repeating the process. It gets better long term, though it still doesn’t make for an exciting couple of hours to get there.

Combat is in a very similar place. Initially, you’ll have two attacks. A standard attack, along with a special move. The vast majority of enemies at this point will be weak to the special, with later enemies requiring more variety. As you progress, additional classes/moves will unlock. Some of these are extremely useful, such as dodge, with others having their use in certain situations. For example, the second class, mage, is suitable for enemies with physical solid defense, though it won’t help you against enemies weaker than other things.

Companions make things more interesting, as do some of the more unique concepts. For example, certain areas will have high-level enemies you must push past without alerting them. It’s nice that getting better gear doesn’t solve every problem, though it only goes so far. Speaking of which, time and stamina are significant in Harvestella.

Since players are expected to maintain their farm between adventures, you’ll only have so much time to explore each day. To make up for this limit, there are multiple ways to create shortcuts. These often require crafting something to deal with the problem above. Bridges need repair kits, and rocks use bombs, with most actions requiring some time to complete the task. In the short term, it limits each adventure, with the long-term advantage being less time/stamina used to reach a new point each day.

Even if time isn’t your greatest enemy, stamina will dictate how much you can accomplish each day. Players will start with a certain amount each day to complete their farming tasks and dungeon explorations. Every action, whether running or attacking, uses some stamina. This is especially important with combat, as you can’t freely swap between classes. Once you move off of one, it starts a cooldown, so you will want to use it effectively before changing to another. This can be mitigated by eating certain things, though you will eventually want to take care of your farm.

Like Bayonetta 3, Harvestella is another title held back by Nintendo Switch. The world has all the hallmarks you’d expect from an RPG by Square Enix; they look rough. I mainly played handheld, and the experience was reminiscent of some of the more demanding titles on PlayStation Vita. There is still a lot of charm; it isn’t as straightforward as you might hope.

Despite the earlier comments, Harvestella isn’t a bad game. The gameplay loop will resonate with some players, especially those who get into the experience; it just feels like an uphill battle. Not only is everything relatively shallow, the path to get there feels like a long winding road. As a result, both genres will likely enjoy the way, whereas fans looking for an exciting new RPG would probably be better off with another one of Square Enix’s recent releases.

[Editor’s Note: Harvestella was reviewed on Nintendo Switch / PC, and a copy was provided for review purposes. All images were pulled directly from a Nintendo Switch.]

Adding a non-binary option is a nice touch

World has a lot of charm

Farming is not overly demanding

Combat offers a fair amount of options, including different classes and elemental weaknesses

Story quickly hooks you, slowly revealing the various mysteries the world has to offer

Practically everything has a time limit

Incredibly slow, to the point of it taking hours to unlock the save system

Those looking for deeper systems will be underwhelmed