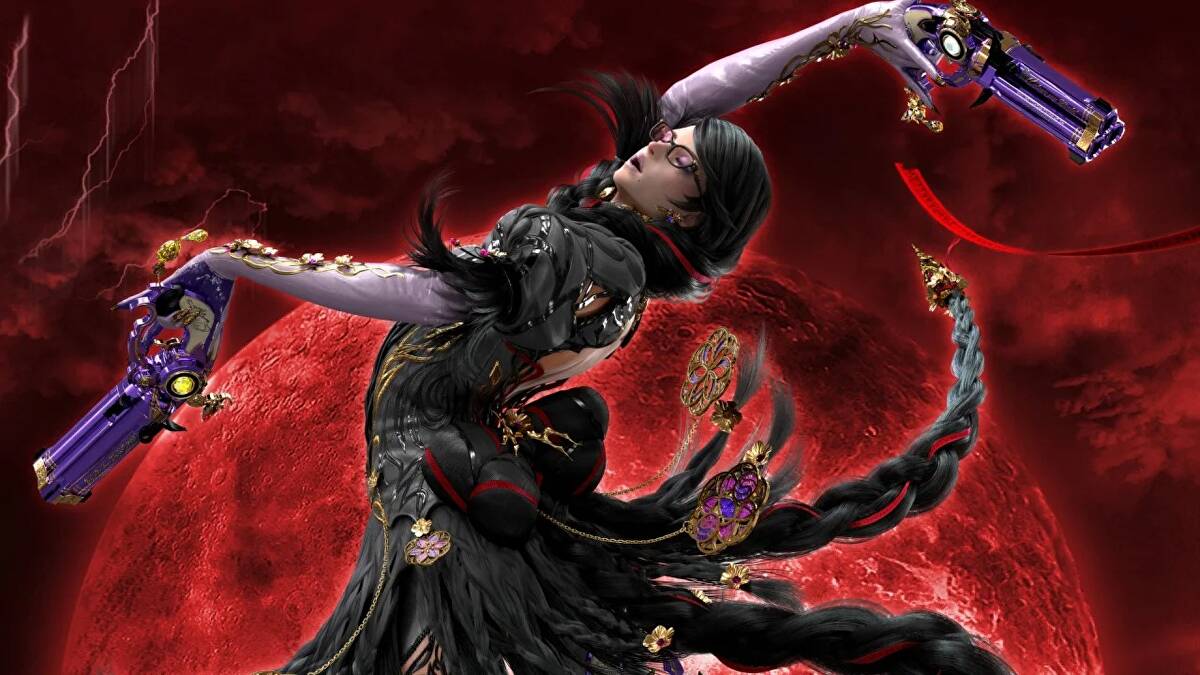 When Bayonetta was initially released, it accomplished many things for Platinum Games. It refined the spark we saw in MadWorld, by merging over-the-top characters/situations with great gameplay. It’s a concept they furthered in Vanquish, Metal Gear Rising: Revengeance, and Bayonetta 2. With Platinum Games finally returning to the niche franchise, players wonder if it will have the same spark as the originals. Bayonetta 3 hopes to build on the already fantastic foundation with several improvements, but can the franchise keep climbing higher, or will it come crashing down?

Bayonetta 3 starts with the world at peace. After a lovely introduction to Bayonetta’s sassy and stylish nature, disaster strikes, forcing her to save the day. Upon doing so, you meet Viola, who tells you about an evil being known as Singularity, prompting an adventure across multiple realities to defeat it.

While some are understandably tired of the concept, Bayonetta 3 uses it as an excuse to see different versions of the main cast. Usually, this would be fine, but none of the new characters or settings are compelling. Most adventures are a couple of stages long, enough time to meet one or more of the characters, get an idea of what makes them different, and then watch them die. Specific versions are more compelling than others, though overall, it relies on novelty over anything else.

Similar problems apply to the main narrative as well. Several twists are painfully obvious, taking the punch out of their eventual reveal. Singularity is also not particularly interesting, making their dialogue a slog. Platinum Games tries to balance this out with high-octane action scenes, though even these are met with mixed results.

Most stages feature some kind of gimmick section. Some of these are better than others, but they are too familiar. You’ll spend a large portion of a stage running around as Phantasmaraneae, followed by a train shootout, Malphas gets one of those escapes from collapsing building sections, and it just keeps going. Not all of them are bad; I enjoyed the Butterfly fight and the first Kaiju battle; they just take away from the things Bayonetta 3 does best.

Traditional dodge and punish sections remain the best part of Bayonetta 3. This works like previous games, though you can only play with two weapons at a time in this one. These can be used together in combos or separately to help against specific enemies. To help Bayonetta in combat, a wide variety of demons can also be summoned. As cool as this addition sounds, it’s a mixed experience.

At first, summoning a giant demon to aid you feels like a great addition. There is plenty of depth, as skilled players can juggle controlling the demon and Bayonetta to deliver devastating combos, though it quickly becomes the core experience. Most encounters are balanced around frequent use, with only a few outright preventing their summon. It also doesn’t help that new summons typically get a tutorial encounter or two, often requiring the actual demon to complete. Due to their prominence, the camera is also balanced around having both Bayonetta and the summon on screen, which can give unfortunate angles or take a few additional hits.

Further reducing the number of traditional stages are levels devoted to Viola and Jeanne. As much as I appreciate Viola’s radically different style of play and single-weapon proficiency, these sections are poorly balanced. When playing as Bayonetta, I rarely had issues getting a perfect dodge. The enemy comes, I dodge in any vaguely reasonable amount of time, and I’ll get some Witch Time (slows time down so you can do more damage). With Viola, the timing is far stricter and much riskier. Even if I miss the timing with my dodge, I’ll still commonly avoid the damage. With Viola, messing up will result in damage taken, making the stricter system feel far more punishing. This could be corrected by reducing the difficulty, or increasing Bayonetta’s; otherwise, it will just improve the likelihood people dislike Viola’s sections.

Jeanne is in a similar place. Her stages play like Elevator Action. There are many doors, vents, and elevators, with enemies constantly respawning. The trick is to make it through the building without dying. There are enough tools to do this with stealth, though the incentive is not there. Enemies are oblivious to their surroundings, allowing you to kill them quickly. If you alert someone, it simply means they’ll try to kill you. Running away, hiding, or killing them really affects how the encounter plays out. At most, it will impact your score, making it easier or more complex to obtain a higher rating.

Thankfully, upon beating Bayonetta 3, you’ll unlock Witch Trial stages. These are optional missions where you can play as Bayonetta, Jeanne, or Viola to defeat ten stages of enemies. Since Witch Trials feature the full range of enemies, they’re generally much more fun than the main adventure. Success simply hinges on whether you can overcome the challenge presented. Some are harder than others, though creative use of your abilities and a good understanding of the mechanics will determine whether you do well or not.

One of the Optional Challenges

In addition to these stages, campaign stages offer a lot of replayability. Not only do players have a good number of collectibles to find, but there are also optional challenges, encounters, and stages to unlock. Challenges range from basic tasks, like beating the location as Jeanne, to winning some of the gimmicky sections a certain way. They might not be for everyone, though it makes a second or third attempt more interesting. Collectibles are mostly concept art or models, though finding the three Umbran Tears on each level will unlock a new stage. The additional stage is a single, generally strict challenge that gives new weapons/resources. Optional encounters are hidden in most settings and are needed for anyone who wants a higher score. Some will have conditions, like you can’t touch the ground, with others featuring uncommon enemies. For hardcore players, scores can be uploaded, but unfortunately, you need an active Nintendo Switch Online membership.

A Brief Look at the Costume System

Finally, I want to touch on Bayonetta 3’s costumes. Unlike many recent games, there are a substantial number of unlockable costumes. These include Bayonetta’s look from the previous games and the ability to play as any of the Bayonettas you encounter in the story. Costumes also have additional colors, and Viola has her collection of looks. It’s a small thing that is simply nice to see, not unlike Japanese and English voice acting, which is also present.

In the end, Bayonetta 3 might not be perfect, but it is still a fun game. At some points, it doubles down on its worst aspects, such as narrative or gimmicky stages, though the core encounters are generally enjoyable. It’s also nice to see a fair number of things to do after your first playthrough besides playing on a higher difficulty. Even if there are some shortcomings, Viola gets better with time, and even if you hate the campaign, Witch Trials offer plenty of ways to fight enemies on your terms.

[Editor’s Note: Bayonetta 3 was reviewed on Nintendo Switch, and a copy was provided for review purposes. All images were pulled directly from my Switch.]

Tons of unlockables, including costumes

Wide variety of demons and weapons

Witch Trials are a lot of fun

Gimmicky stages are too common

Some of the gimmicky stages have performance issues

Story does not make great use of the concept