Voice of Cards: The Beasts of Burden Review 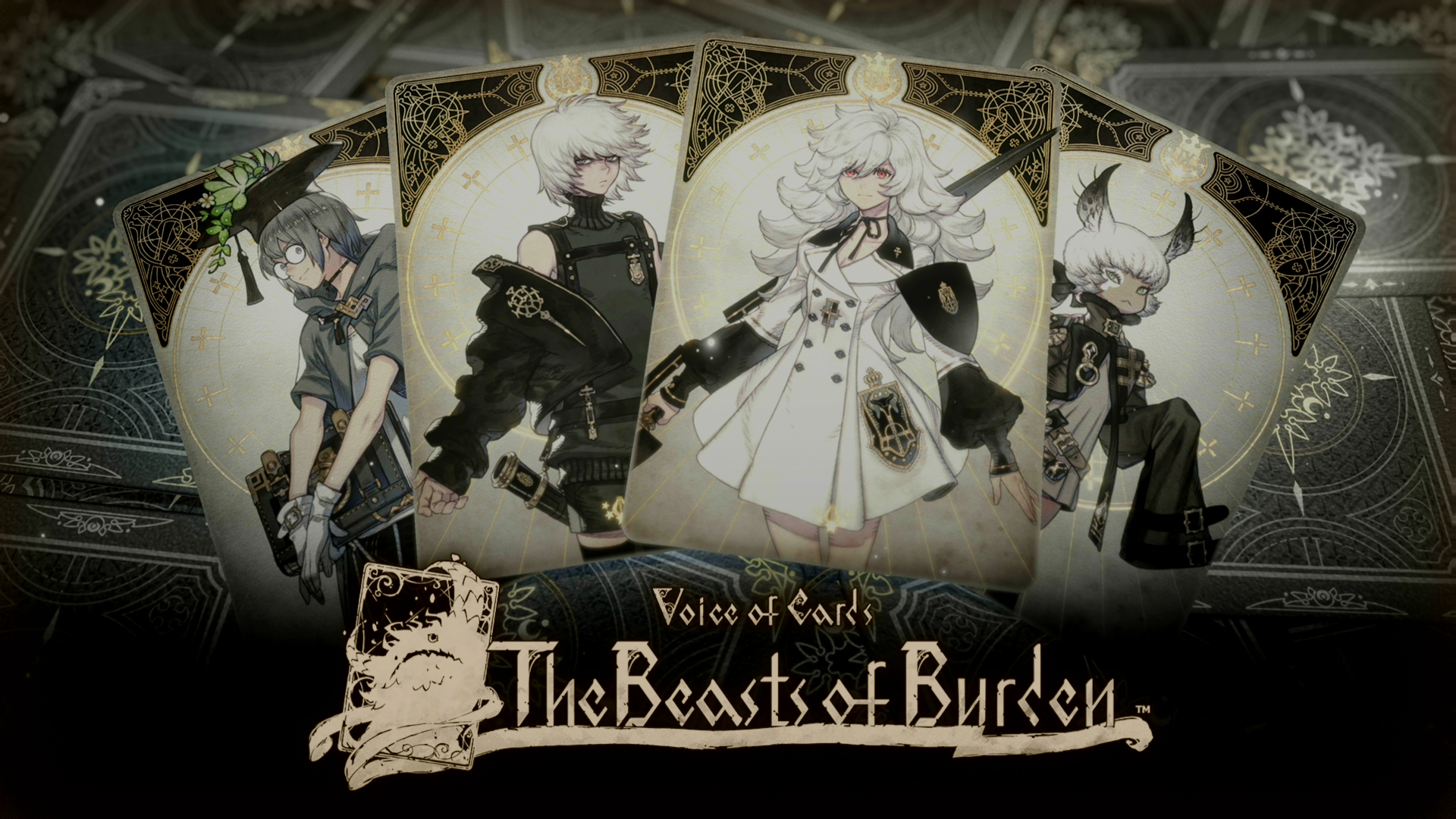 Square Enix went in an exciting direction with the Voice of Cards franchise. Instead of sticking to sprites or 3D models, they make various worlds out of a tabletop setting. The idea has since resonated with fans, resulting in multiple titles, with the latest being Voice of Cards: The Beasts of Burden. Is it another hit with an established formula and solid gameplay, or is this title a burden to play?

One thing that makes Voice of Cards stand out is how they approach narrative. The previous two titles had different narrators, which gave the setting a different overall feel. This is also true with Voice of Cards: The Beasts of Burden. In this adventure, the narrator is a woman to match the female protagonist, a choice that fits how the narrative plays out.

In this adventure, players control a young girl living underground in a small village. Her people are simple, relying on a basic barter system and helping each other out, along with defending against monster threats. Despite the protection their home offers, she longs to see the stars and other things on the surface that she learned from her books. Unfortunately, one day her wish was granted, and she was forced to leave following a monster attack. After being saved by a young boy, she travels to a nearby town that kickstarts her adventure.

The underground people can capture and control monsters. Despite being unaware of this power, once you obtain a unique set of cards, your ability triggers, and you learn this is, in fact, an ability you have. Naturally, this kicks off an adventure of discovery, revenge, and learning about what the outside world is actually like.

Out of the three stories thus far, Voice of Cards: The Beasts of Burden is probably the hardest to get into, but once it gets going, it’s an exciting and dark tale. It also has a few stories to tell, each with its high point and moments that push players to see where the journey leads. All that being said, the course is far from smooth.

Fans of Voice of Cards will know precisely what to expect, but if you haven’t played one before, it’s a turn-based RPG that uses cards and dice for extra flare. Every character has specific attacks, represented by cards that either do a predetermined attack, buff/debuff, heal, or various forms of magic. More powerful cards require a resource, which you gain one per turn, or need RNG, so you roll a die, and depending on which number it lands on something will happen. Where Voice of Cards: The Beasts of Burden enhances things is the ability above to tame monsters.

Instead of having every character fit into a relatively predetermined role, players have the chance to obtain monsters from combat or stores. Capturing is pretty straightforward. Upon defeating a foe, there is a chance you’ll get to pick a piece of treasure. Often, these contain a monster card, which can be used in combat.

Which Monster Will You Capture?

Since anyone can equip these cards, it allows players to create more robust builds. How varied your team is depending on RNG. While every monster does something, healing, damage, or a status aliment may or may not be helpful now or in the future. However, it’s still lovely to see the option of over-relying on healing items or being able to plan for future problems. Cards can also be upgraded, which is generally through luck, increasing their power further. This helps make every fight worthwhile, especially after fighting new foes that can further improve your options.

Purchasing monsters is also an excellent way to prevent bad luck from getting the best of you. They can be helpful if you rarely fight that monster or keep picking wrong; plus, some uncommon event vendors have some mighty monsters if you take that risk. That said, it isn’t far off from previous titles in terms of practice. Most fights will come down to using the best attacks and often just overwhelming monsters. It’s boss battles when you’re under-leveled or new areas where things change the most, though some progress is better than none.

Beyond combat, players can explore locations to find optional things or events. These are fun side objectives that attempt to recreate the Dungeons & Dragons-esque situation that Voice of Cards is built off of. Naturally, events are random, so doing them all will sometimes result in taking damage, getting additional fights, or other problems. Still, it can also be things like the rare vendor, free cash, and other benefits. The randomness makes them engaging and fun for most of the experience.

Voice of Cards: The Beasts of Burden Review Verdict

Voice of Cards: The Beasts of Burden is a solid addition to the Voice of Cards franchise, though don’t expect it to reinvent the wheel. It feels very similar to the previous titles, with many of the same concepts, graphics, and shortcomings. That said, it’s a fun RPG with a story worth exploring if you’re a fan of the genre or previous titles.

[Editor’s Note: Voice of Cards: The Beasts of Burden was reviewed on PlayStation 5, and a copy was provided for review purposes.]

Voice of Cards: The Beasts of Burden

Gripping opening that builds to an interesting adventure

New announcer matches the tone of this story well

The announcers soft spoken voice won't resonate with everyone

Combat is as easy as ever

Not that different from the previous adventures