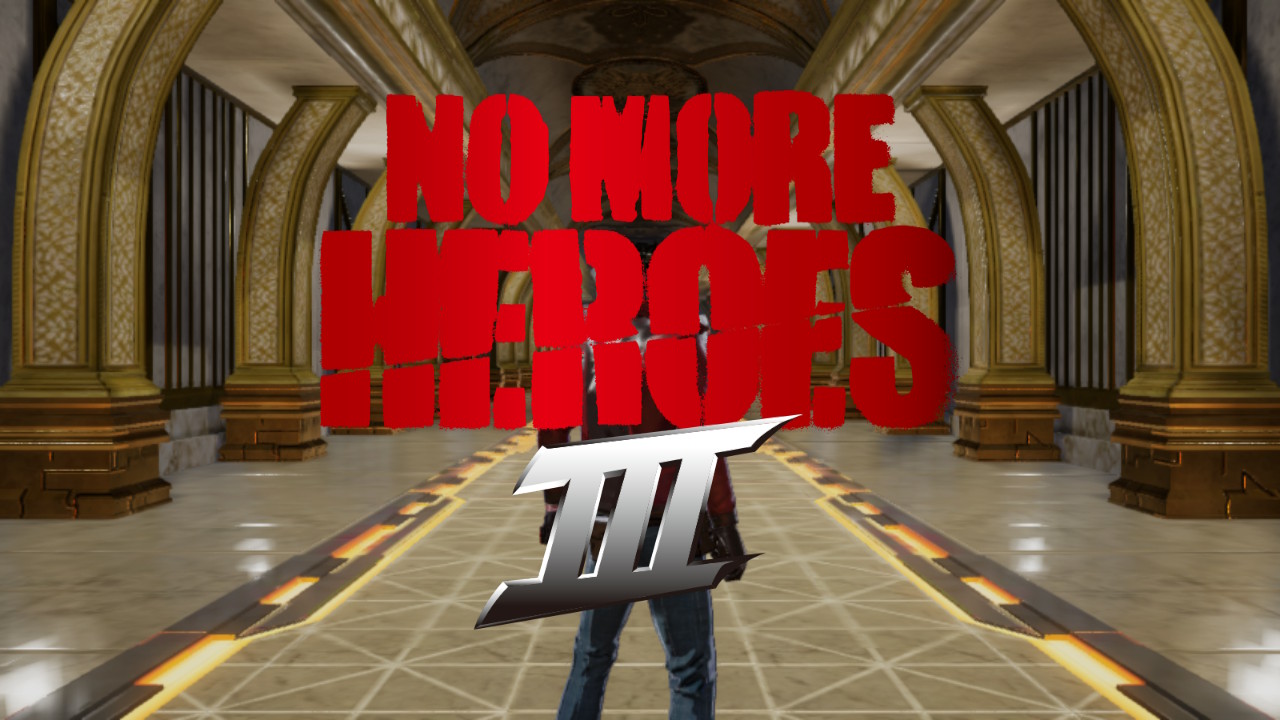 There is something poetic about Psychonauts 2 releasing within days of No More Heroes III. Both stood out in their own ways over a decade ago, at least if we ignore Travis Strikes Again: No More Heroes, and were easily some of the most anticipated games this year. While a lot can change in this time, early trailers showed a lot of promise and what fans loved about the franchise. Now that we’ve stepped into the Garden of Madness, is it a worthwhile return or better left in our memories?

No More Heroes III starts with a rather unusual introduction to the plot. The adventure begins with a nice quality animation that shows a human meeting a peaceful alien named Fu. Their adventure ends with a heartfelt goodbye only for the alien to come back to play a game with Earth. Fu, along with nine other aliens, issues a challenge to Earthlings to defeat them and stop their plans. Naturally, our favorite assassin steps out of his humble life to yet again fight these villains with his silly references and sassy attitude.

Having finished No More Heroes III, it’s really closer to an experience or art than anything else. Initially villains are a bit more fleshed out and introduce players to what kind of creature Fu is and their feelings on the matter. For example, Mr. Blackhole explains that he is really more of a pawn and ultimately has no choice in regards to fighting Travis or helping him.

As the story progresses, Fu goes from a madman looking to hold the ever-popular ranking tournament that No More Heroes is infamous for and becomes frustrated with the situation. Many scenes show Fu showing a legitimate desire to step Travis, even if Travis is far from the only human that defeats his buddies, leading to bigger and over-the-top battles.

One of several locations to explore

Around halfway through No More Heroes III the adventure is less about Travis versus Fu and more about introducing the current threat or explaining the situation. And, over time the bosses devolve from being a threat and more an introduction to a wide variety of references. Many of these are fun like one fight is turn-based styled like Final Fantasy, another invokes experiences like Fatal Frame, one literally has Travis outright explain what it is a reference to, and even some rather unexpected ones beyond this.

Part of what makes all of this work is a willingness to just double down on style at every turn. How many other games would feature characters in like four different art styles for a boss that ultimately just wants to play musical chairs to the death? It’s crazy to see and can honestly seem insane to explain, yet it’s absurdly engaging.

That being said, No More Heroes III makes some choices that can feel underwhelming. In terms of narrative, it’s never clear what the end goal is. Sometimes it’s a straight fight and other times you’re doing some random task for no particular reason. These make the experience unique but that manic approach won’t appeal to anyone and absolutely does not redeem the sections between story segments or boss fights.

In a lot of ways, No More Heroes III feels like it’s shacked to the idea of what No More Heroes is. Between the exciting stuff, Travis needs to complete a number of stages where he fights against weaker foes for money and resources. If these stages aren’t enough or you want some extra cash, there are also a wide variety of random mini-games. Travis can clean the ocean of bottles, mow the lawn, get in his mech and fight a monster in space, you know, boring odd jobs that award some amount of money that can be used for supplies or to progress in his adventure.

While none of the stages are objectively bad, it really brings about the negatives of this being a Switch exclusive. Not only does it look rough, rarely in a charming way, but the load times are also a massive negative, if only for the fact they don’t feel worthwhile. To put it another way, this is how much fluff is between some of the aforementioned necessary fights.

Exiting the motel to Santa Destroy took me 37 seconds of pure loading. Getting on Travis’ bike, driving to the travel area, and selecting another location took me an additional 55 seconds. Driving through the empty location to one of the further objectives added another 23 seconds. Entering this random stage takes an additional 23 seconds. So, roughly two minutes is spent waiting for loading screens to end and another 20 or so seconds is spent driving around an empty location to specific locations to actually do something. Thankfully, if you’re returning to an unlocked area Travis can fast travel from the motel, eliminating about 40 seconds of loading, but that is still a lot.

And, worst of all, these locations are not particularly interesting or special. Most are just buildings with the occasional street light or object, with maybe a person or car moving around. It adds nothing to the experience, outside of previous titles featuring similar mechanics, giving players tons of time to reflect on how nice a Switch Pro would’ve been.

The gameplay loop of No More Heroes III furthers this by making things feel pointless. On my normal playthrough I never bought or used sushi, I made three upgrades leaving plenty of resources I could’ve sold for other things and only had to do like five or six odd jobs to have the money needed to beat the game. Half the time the enemies before the boss were harder than the actual loss due to multiple enemies or cheap mechanics. New Game+ or the unlockable “Carolina Reaper” difficulty might change this but it shouldn’t require a full cycle just to justify a number of mechanics.

As long as I enjoyed the core adventure, style can only go so far. A couple of creative changes could’ve easily turned this into a top-tier experience, but instead, so much of the adventure feels like fluff or a waste of time. As a result, No More Heroes III is ultimately going to appeal to faithful fans above all or anyone looking for an experience above everything else.

[Editor’s Note: No More Heroes III was reviewed on Nintendo Switch and a copy was provided to us for review purposes.]

At times I didn't know if I was playing a game, watching Adult Swim or just lost my mind

Frequent use of different art styles made scenes stand out

Some of the references were really funny and absolutely delightful

Long load times take players out of the moment

Extremely inconsistent difficulty, with some of the random peons being harder than the boss fight after them

Graphics can be bad, especially when handheld, even by Switch standards

How Long Does it Take To Beat No More Heroes III?