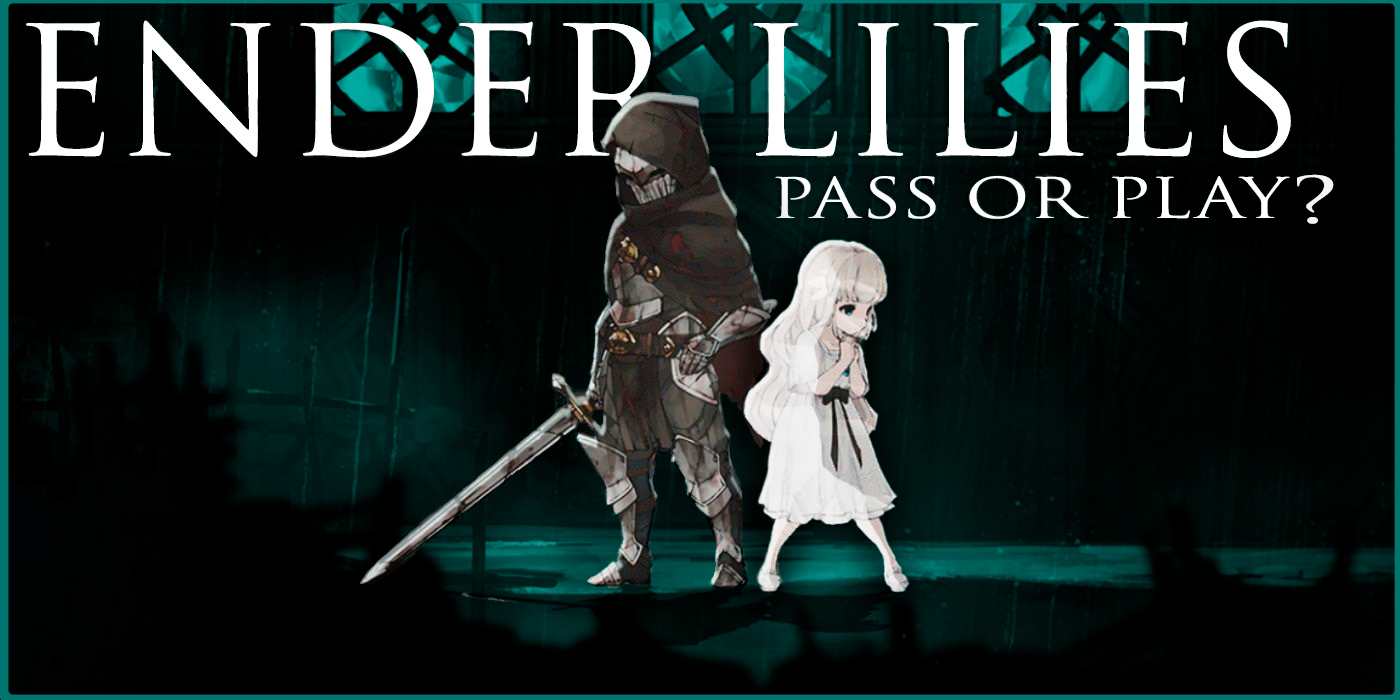 If you’re a fan of the Metroidvania genre, you may be asking yourself if you should play Ender Lilies: Quietus of the Knights or if you should pass over it entirely. Well, it does have multiple endings, traversal abilities unlocked by defeating super hard bosses, fast travel, and infinite lives. It even has an incredibly deep combat system that keeps challenging you every time you think you’ve got a handle on things. But does this game scratch every itch that a good Metroidvania should? And in this overcrowded Metroidvania market, is Ender Lilies: Quietus of the Knights worth your time?

What is Ender Lilies?

You play as Lily, a young Priestess who awakens to lost memories and a kingdom overrun. Everyone from loyal knights to children, to pests like rats, has been transformed into monsters by a curse called the Blight. All these lives have been destroyed, but the only ones who can purify their souls are the Priestesses. Throughout the game, you unravel the mystery surrounding what happened in the kingdom, as well as what happened to the other Priestesses.

Ender Lilies opens with Lily being awakened by a spirit simply known as the Umbral Knight. While Lily is utterly defenseless, the Spirits she meets along the way fight at her side. But to get them to join you, Lily must first purify them. There are about twenty-six spirits in all, each with its own unique methods of attack.

While you are allowed to have six different spirits equipped at once, you can only use three of them at the same time. I did find it a tad annoying that you can only swap spirit load-outs in the resting rooms, known as respites, but I assume that design decision was done for balancing purposes. The game would have been way too easy if you could swap spirits out on the fly.

You can also level up the spirits using different kinds of Spirit Residue. Each Spirit can be increased to level 6 with the cost of residue increasing each time. And the ranging differences between each spirit allow for some creative combat techniques that players will enjoy discovering.

One important theme of Metroidvania is a non-linear map with interconnected rooms, all of which cannot be accessed at the start of the game. In Ender Lilies, there are specific rooms that you must proceed through to reach the game’s end, a critical path if you will. To progress you must defeat specific bosses along this critical path to unlock their spirits and use their unique traversal abilities. I was quite surprised when I encountered the first of these critical bosses. The fight was challenging and not too frustrating, but there are a few bottlenecks in which you cannot move forward without defeating a critical path boss. And while there is no difficulty setting, Ender Lilies is not for the faint of heart or rage gamers because for some of these bosses, it doesn’t matter how much you grind or what level you and your spirits are, in order to get past them you must get good. This can be a huge turn-off for some, but I found it quite refreshing.

There is no voice acting. The story embedded in this game can easily be missed if you are not paying attention. Much of it is told through notes you find throughout the game and short cutscenes that occur after purifying bosses. Each of these fallen spirits is a loyal servant of the Priestesses, and their stories are all so sad. But there is no voice acting so you must read most everything you pick up.

Typically, games without voice acting are not engaging enough to keep me reading and I end up mashing buttons to get to the next bit of action. Surprisingly, this was not the case with Ender Lilies: Quietus of the Knights, and I attribute that to the superb atmospheric music. Each biome has a different theme, and the music plays heavily into this. It’s difficult to explain if I’m being honest. The music almost gives a voice to Lily like a somber soliloquy only without words since Lily never speaks. It evokes a solace emotion, being sad yet comforting at the same time.

The entire kingdom has fallen to this curse of the Blight, and the size of the kingdom is nothing short of gigantic. Throughout her journey to purify the lost spirits, Lily traverses through flooded caverns, infected forests, a secret laboratory, and so much more. Every time I thought I was near the end, the game surprised me with an entirely new biome filled with new challenges, new creatures, and new puzzles to be unlocked.

Each new area is beautifully hand-drawn with just as much detail in the background as is the foreground. It is obvious just how much the devs want players to appreciate these areas as you can pause the game and hide the UI at any time. No matter where or when you are in the game, hiding that UI reveals an image that can pass for a dark fantasy oil painting.

Ender Lilies: Quietus of the Knights is nothing short of amazing. Between the robust complexity of the combat system, the wide spectrum of spirits and their uses, and the sheer size of the map, Ender Lilies is the epitome of what a Metroidvania should be. It grabs your attention, immerses you into the world with its beautiful dark art style, and the details in the sound design keep you there. While you can rush through the game and complete it in around fourteen hours, going back and clearing everything can easily push those numbers up to twenty-plus hours. If you are a fan of Metroidvania then Ender Lilies: Quietus of the Knights is a must-play.

[Editor’s Note: Ender Lilies: Quietus of the Knights was reviewed on PC and a copy was provided to us for review purposes.]

Game can be cleared at the pace you want

Difficulty can spike from time to time frustrating some players