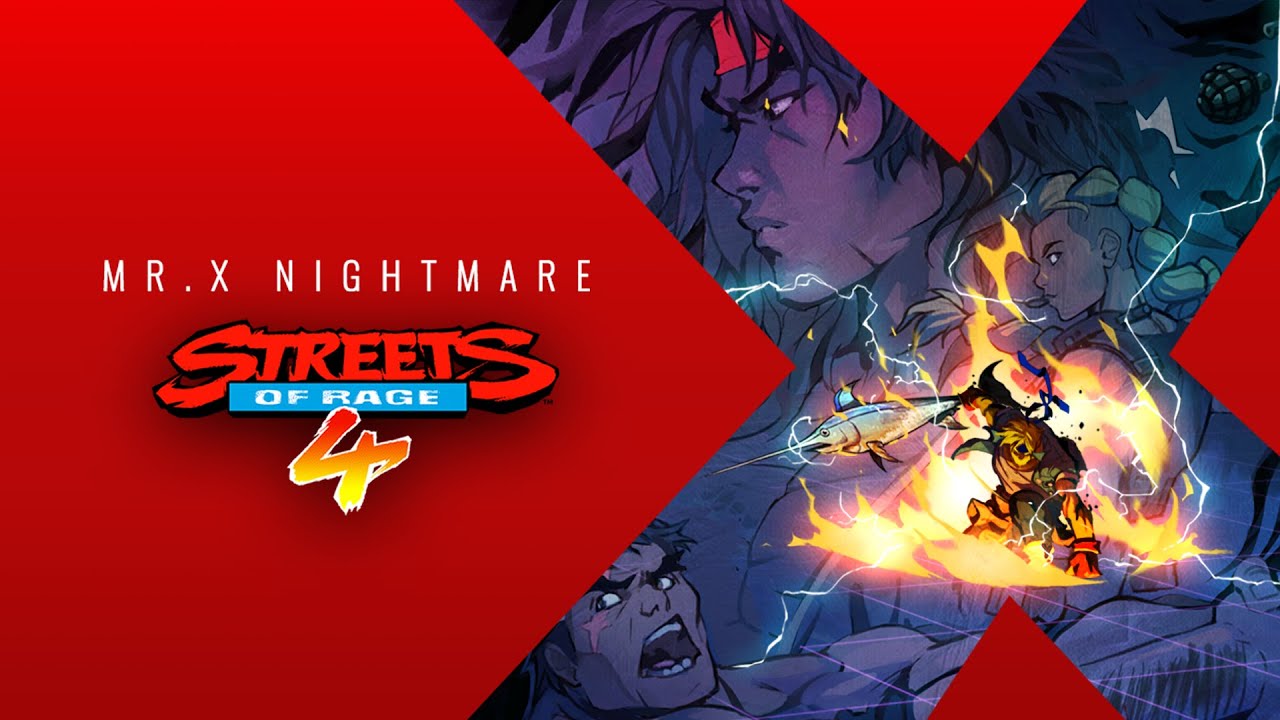 Streets of Rage 4 was easily one of the biggest surprises of 2020. The originals, while not impossible to replicate, were classics and the idea of someone else revisiting and modernizing it is always a frightful proposition. For whatever reason, they rarely work and often lead to multiple people being disappointed. Yet, there are no denying Streets of Rage 4 hits all the sweet spots, which is what made the Mr. X Nightmare expansion so interesting. New characters, a brand new mode with weekly challenges, customization, and even new things to things to beat both familiar and unfamiliar faces. However, given the nature of the content, is it enough to warrant purchase, or is it a shameless attempt to profit on a complete game?

On paper, Mr. X Nightmare sounds rather light. The new characters are familiar faces from the story, including Estel, the cop boss, Shiva from the temple, and Max Thunder, who also comes from Streets of Rage 2. None of them are particularly shocking choices, especially in the case of Max, but that doesn’t make them lazy additions per se.

Each of these characters have their own move set, advantages, disadvantages and quirks. For example, Shiva can’t pick up weapons. Trying to do so will result in the item being thrown at incoming foes. Estel moves slowly but has some quick grapples that can devastate enemies. On the opposite end Max does devastating damage at the cost of speed. They might not be anyone’s favorite addition but they do offer their own way to play.

Unlike most games, the bulk of Mr. X Nightmare stems from the newly added survival mode. Anyone even vaguely familiar with survival modes gets the core idea. Fight enemies and overcome challenges until something eventually knocks you out.

Part of what makes Mr. X Nightmare fun are all the modifiers. Players can pick whatever matches their play style and/or needs. Some are really good but have conditions, like health items no longer heal but you gain health by dealing damage, whereas others are okay without a negative, such as more damage. Since everything is random, except for the weekly sim, there is no telling if you made the right or wrong call.

This makes the mode fun, though it’s absolutely a mixed bag. There is a sort of progression that makes the early stages rather boring. It wasn’t until level seven that I thought I might actually have to try, with the hardest tasks actually being rather random. Sometimes it was extremely difficult stage arrangement and other times there were just a lot of annoying enemies. But this is also the fun of the mode. Find the challenge and ultimately overcome it.

Later stages really start to make the mode shine. Once I started doing elemental damage with each attack and fighting far more fearsome enemies, it starts to click. Eventually, you’ll lose, in the case of my first attempt, it was due to a poor action 25 minutes in on stage 16, which really showcased the mode.

Fans of the Genesis games will likely love that survival has stages from the new game, even new ones, along with some of the more deadly classic layouts and enemies. These stages retain their original look and add a lot of fun to the core experience.

Progression will also unlock new moves for each character. I gave Shiva a go and one of his changes was his kicking uppercut, to a sort of lunged kick. They each have their own specific application that can be used to create something that better matches your play style. Maybe you think kicking enemies forward is better, whereas perhaps last time it caused Shiva to go over the edge too many times and something safer is better. Trial and error is needed but it’s nice that these moves are included.

To be perfectly honest, Mr. X Nightmare is in a weird place. For $8 there is absolutely more than enough content for anyone looking to play more Streets of Rage 4. However, what it adds is far more supplemental than typical DLC. Nothing here is game-changing or massive to the point where fans absolutely need to return to see it, both of which are fine, it’s just important to understand that it’s an expansion meant to really bring the experience players to love to the next level. If this sounds good, then you’ll probably have a blast as the expansion really is a lot of fun.

[Editor’s Note: Streets of Rage 4 – Mr. X Nightmare was reviewed on PlayStation 5 and a copy was provided to us for review purposes.]

More supplemental DLC than anything else