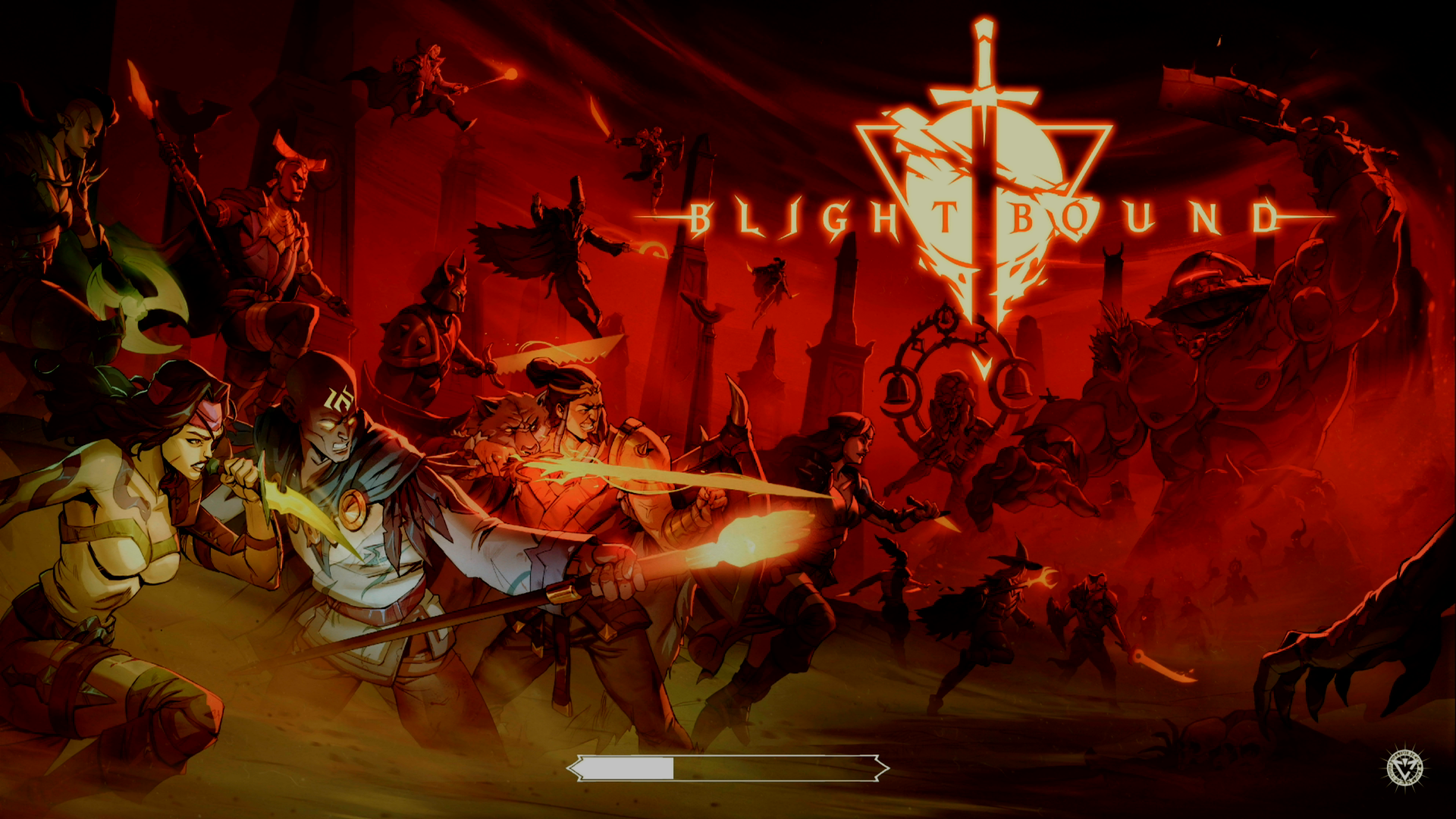 Games cater to a number of different people, places, and situations. Some people play for complicated challenges, others for personal glory, and some just want to have fun with their friends. Blightbound is a bit like the latter, with it designed around essentially creating an action RPG dungeon adventure. Every player has a distinct role and a task to perform, with success hinging on the skill, ability, and understanding of mechanics. This is great in theory but does it hold up in practice?

Blightbound takes full advantage of the fantasy backdrop. Players defeated an infamous evil known as the Shadow Titan but in defeat, the corrupting fog has changed the world for the worse. Players need to team up and fight their way through a whole host of dungeons, bosses, and other tasks to save the world.

It’s about the adventure, not the reason for it

Even if some players would prefer a deep narrative that gives every location, situation, and task much deeper meaning than go here and kill that, it works well for the type of adventure Blightbound wants to be. In a lot of ways, it’s reminiscent of a rather basic Dungeons and Dragons dungeon. The narrator gives players an overview of why this place is what needs to be done and why it’s important. Whether you remember it’s to help some peasant or clear an imminent threat isn’t as important as surviving the onslaught that awaits.

To further the fantasy narrative, there are three classes that fulfill the three basic RPG jobs. Warriors are the tank class, Assassins do damage and Mages heal. None of these classics are hard locked into a specific role, a good Mage can out damage a bad Assassin, just like a great Warrior can sustain themselves without many heals. However, in a general sense, they are meant to be played with these jobs in mind.

Much to Blightbounds credit, each class is given six additional heroes that can be unlocked through your various adventures. Even if the new characters fall into the aforementioned roles, they have different skills and play styles.

For example, the default Assassin is Scarlet. Her playstyle is more measured and has a gimmick built around backstabbing. Each time she does a hit from behind, her damage doubles and there is a 50 percent chance of a critical hit. She is also given a ranged skill called Ricocheting Glaive that is meant to distract hordes of enemies and a smoke bomb to make it easier to stab someone from behind. Desert Mouse is another Assassin that is unlocked later on, that is more of a berserker. Instead of rewarding players for frequently hitting enemies from behind, her attack increases by 10 percent each time she lands a hit, provided she isn’t out of combat for 3 or more seconds. Naturally, her skills are very different as well. Chakram throws an item in a predetermined spot that deals considerable damage. Her other skill, Death from Above, lets players rush an enemy dealing 250 percent of the power of a weapon as damage. Each of the characters has these mechanics, giving Blightbound a lot of longevity, though it almost has an overwhelming amount of content.

A wide variety of characters that cater to various play styles

Not only do players need to get and maintain up to 21 total characters, but there is also a wide variety of gear to obtain. Each piece players into the ever-fun concept of opportunity cost or playing into the concept of a character. On Scarlet, I tend to put backstab damage and on Desert Mouse, she gets lifestyle. Progression gives more options, better perks, and allows for far deeper diversity, though it can feel like a bit much. Especially when higher rarities and similar skills make choices difficult.

Even if this covers all the basics of characters, it’s important to talk about the actual gameplay experience. Part of why our review was slightly delayed was to see how Blightbound handled its transition from Steam Early Access and release on PlayStation and Xbox. Even playing during peak times and crossplay enabled, finding a match was not overly quick or easy. I did find a couple of players and my experience with them was flawless but I would strongly advise trying to find friends to play Blightbound with. Not because the core AI is bad, in some situations I felt like it was better than me, it just isn’t as fun questing without your friends.

For the most part, levels are exactly what you’d expect from a side-scrolling action game. Go to a location, survive waves of enemies, complete tasks, and progress forward until a boss shows up. Different quests will have different level requirements, making them easier or harder to complete. While level can make a substantial difference, the biggest is honestly tactic.

Even if I spent a lot of time discussing the Assassin characters and didn’t touch on Warriors like Malbory or Mages, such as Korrus, they’re crucial to winning any mission. On a good team, the Warrior will take all the enemies to a single spot, the Mage will ensure they survive any possible threat. Where this starts to become important is now Assassins can focus on stabbing distracted enemies in the back or unleash a devastating attack.

This might be the theory, though executing this is rather hard.  This will improve with time, provided Blightbound finds a player base, but don’t expect to pick up a character or class and instantly master it. These rough patches can make teams fall apart, even more so once levels start including complicated defenses and kill orders.

Blightbound is the type of experience that requires a decent investment. As I started to learn the layouts, puzzles and mechanics were deeper than waiting for spikes to shoot out, it became increasingly fun. It certainly has the depth to cater to a large number of people, not to mention unique stories for each hero and more. That being said, the lack of players makes it more of a, in my opinion, team investment. If you have two good buddies, they can certainly elevate the experience. Otherwise, it’s fun but it’s also the type of game where one mistake can drop you from full health to dead and throw off the whole team. I am excited to see where it progresses since there is a good amount set to happen in the future, but right now it’s a good experience, not great.

[Editor’s Note: Blightbound was reviewed on PlayStation 5 and a copy was provided to us for review purposes.]

Really fun to play with friends who know what they're doing

Decent number of stages and bosses to overcome

Decent learning curve with each character