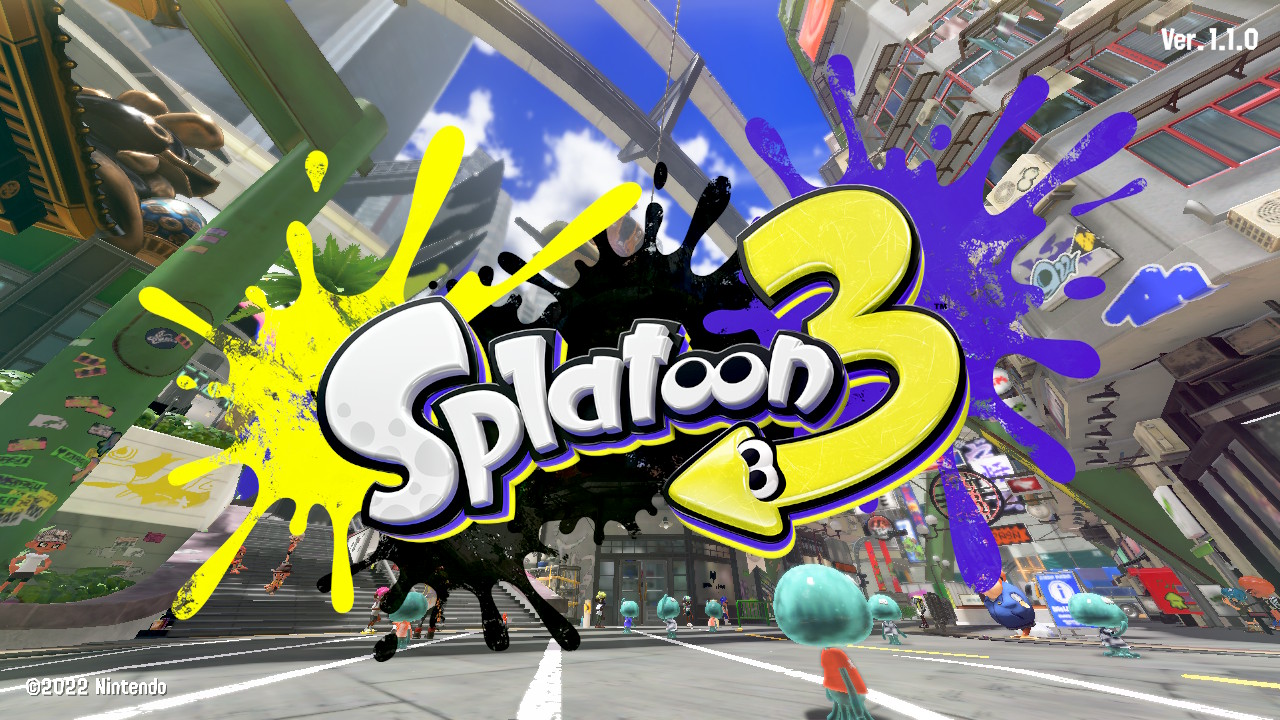 I remember when the original Splatoon was released on Nintendo Wii U. The title was fantastic, but there were fears it wouldn’t last due to the console’s infamously low sales. Despite that, it did amazingly well and eventually improved the formula with Splatoon 2. This version saw multiple upgrades and enhancements and continued to improve throughout its life. With Nintendo bringing things forward with Splatoon 3, is it fresh, or has the formula gotten stale?

Splatoon 3‘s story mode, Alterna, is in a rather unusual place. Initially, it plays into the usual Splatoon story loop. Players are told The Great Zapfish, the source of the city’s power has suddenly disappeared. You’re tasked with figuring out what happened with the aid of some familiar faces from the franchise.

Shortly after, the adventure shifts to one where you must defeat a rival group looking for treasure and save Cuttlefish, who has since gone missing. Outside of the vague outline mentioned here, there isn’t much narrative, making the campaign feel like a tutorial for online matches.

While this has always been true for the franchise, it feels more so as levels are less about doing objectives or collecting things than gathering power eggs to progress forward and finishing levels that push various skills and abilities. This way, it does an excellent job of showcasing how these multiple skills work. Some stages, like the shooting galleries, are less about proficiency and more about knowing how to maximize your gear. Just like traditional stages help with progressing forward and learning how to maintain your ammo.

Beyond that, the team had a lot of fun with this mode. The conclusion, which involves another storyline revealed towards the end, is pretty epic and quite fitting for the franchise. There are also some nice touches, such as a beautiful homage to Super Mario Sunshine’s iconic Manta Storm stage. However, there are also some low points as well.

Despite needing power eggs to progress forward, I had more than enough just doing every stage once. This hurts replay value, as you won’t need to reply to sets with different weapons or even do every step to obtain all the collectibles and beat the story. It also makes much of the optional stuff, which locations are filled with, rather pointless. Initially, it’s a lot of fun getting a bonus for not killing an enemy or winning fast until you realize it doesn’t matter.

Stages are also somewhat inconsistent. Some are difficult, which will appeal to more skilled gamers, with others being pretty easy. That line will vary depending on the person and, in some cases, the weapon being used, though there are more complex tasks in the first areas compared to the last two.

Both of these issues are addressed with the secret stage, which will quickly eat your remaining power eggs for additional chances to defeat this intense 20~ minute gauntlet of tasks. However, like the other stuff, the reward will not appeal to many people, though it is better than previous offerings.

Before talking about multiplayer, let’s talk about online. We usually don’t touch on this aspect, as it’s a bit more straightforward, but I wanted to be clear that Splatoon 3 has almost no value without a current Nintendo Switch Online subscription. You can play the story above mode and local multiplayer, but nothing else, not even the shops, will work without a membership. That said, the online modes in Splatoon 3 are a lot of fun.

Salmon Run returns with Salmon Run Next Wave. Fans of the original know what to expect, with this version having higher difficulties and being available at any time. For newcomers, Salmon Run Next Wave is a hoard mode that asks up to four players to work together to fend off various enemies.

What makes the mode fun isn’t the unique collectibles or playing with your buddies, but rather the skill and randomness of it. Players are given four weapons, a stage, and a piece of gear every week. Each player is assigned one of the weapons randomly, so on your average run, you’ll use three of them if you get a boss run. Levels also vary based on bosses and other conditions. Sometimes it’s straightforward to get overrun; other times, bosses overwhelm you or it’s super easy and you just get a bunch of points. The trick, like most things, is knowing the mechanics. Every boss has an intended way to fight them, making the fight a lot easier. This is not important at a low level, as it is a must for high-level play. These mechanics make the mode fun unless things go south or you get a horrible series of levels. With more items associated with the way and unlocking higher levels, it’s a lot of fun.

Competitive multiplayer can be a lot of fun or frustrating, which should come as no surprise. Like the previous entry, multiplayer has several modes and stages, which are cycled throughout the day. Those playing casually have Turf War, where players need to cover more of the scene than the other team. For those looking for a bit more, there is also ranked.

In addition to cycling stages, ranked can be any of four modes. This can be played individually or through a series; it just depends on what you’re looking to do. I won’t get into these games and say they’re primarily objective and tactic based. Just splatting foes won’t help, nor will just doing the objective, as you need to know when to move forward, help wipe out the team and see how the mechanics work. As a result, these can be incredibly competitive, even as early as now.

For this reason, returning fans will likely have no issues getting back into the groove. Importing a previous save will grant the same progress you had, plus three golden tickets so you can obtain weapons early. Newcomers will likely be overwhelmed for a bit. Unfortunately, there isn’t a great tutorial system, mostly just a series of pictures that explains the game, something that is an absolute must if you don’t want to embarrass yourself on the first couple of attempts. That said, like most shooters, the foundation is what makes it fun. In some games, you’ll effortlessly win, other times lose, with close matches being the most fun, assuming you win anyway.

To help make things more interesting, cosmetics also impact performance by having up to four skills that can make things easier. These are obtained from the shop, which is updated daily, Salmon Run Next Wave, or through the Catalogue. The latter is a new addition to the world of Splatoon and is Nintendo’s take on a Battle Pass. The first season, Drizzle, will last until Nov. 30, with the average season lasting about three months and two years of content being planned for them.

Like a lot of things, it’s in a weird place. On the one hand, there is no premium version. You don’t need to spend more money to enjoy whatever a season brings, with the catalog adding emotes, cosmetics, profile banners, and more. Unfortunately, the entire booklet can not be viewed via Splatoon 3, though it is available via the Nintendo Switch Online app. According to that, there are 100 levels, with more than half being some kind of cosmetic. It should also be pretty doable for any moderately active player.

The final mode is a new game called Tableturf Battle. In this mode, players get cards obtained through various sources to fight against others. Anyone remotely familiar with Tetris will have a good idea of what to expect. Cards fill a number of spaces and whoever fills more at the end of the battle wins. The whole strategy and difficulty come from each card having a predetermined shape, which can be used to fill gaps or limit your opponent’s actions. Like the multiplayer, it rewards aggressive plays and a versatile deck to make the most of everything.

If I am sincere, Splatoon 3 doesn’t feel like a massive departure from Splatoon 2. It further refines the formula and adds some neat things; there is no question that the experience will evolve as it ages. I wouldn’t call this criticism acknowledging that fans of the previous titles will love it, whereas those who didn’t care for the last one will almost certainly feel the same about Splatoon 3. If you are on the fence, I think Splatoon 3 is a fantastic addition to the Switch lineup and worth giving a chance.

[Editor’s Note: Splatoon 3 was reviewed for Nintendo Switch, and a copy was provided for review purposes.]

Games are fast and intense

Campaign has some really nice moments

Multiplayer is diverse, with each game having its own charm

Fixed rotations will not appeal to everyone

Tales of Symphonia Remastered is coming in Early 2023