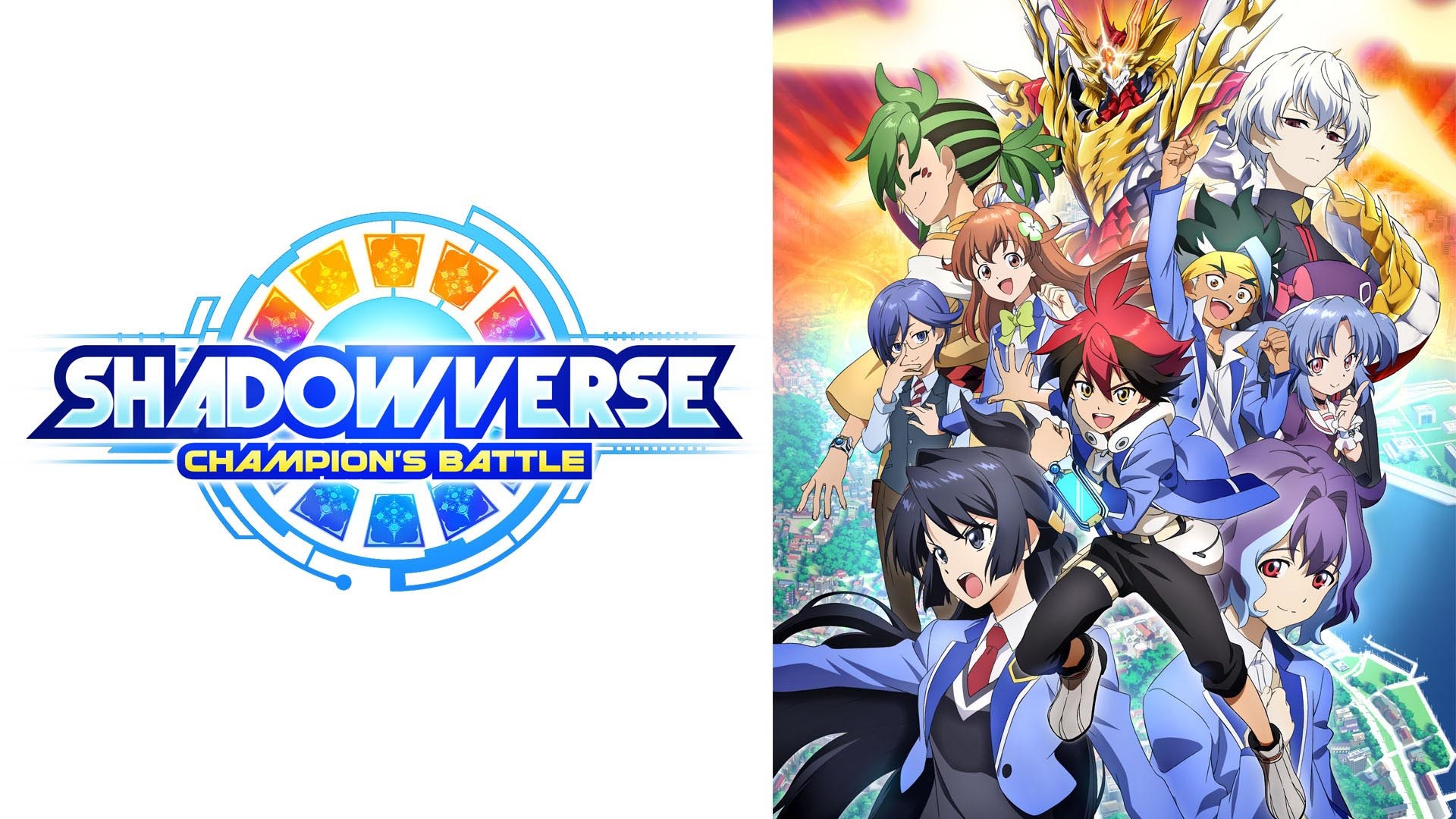 One of the biggest limits to card games is the cost of investment. Even with good luck, someone could easily invest hundreds just to get the right cards needed to play at a competitive level. These do come with some positives, like social interaction and the thrill of the hunt, card game-based video games offer the same core loop without the massive expenses. Shadowverse: Champion’s Battle hopes to bring this concept on new platforms with an engaging anime. Given the undeniable popularity of Yu-Gi-Oh!, will it stand out or does it fall short?

Shadowverse: Champion’s Battle is a weird place narratively. Unlike most of the anime games I cover, it was not one I was familiar with prior to playing but it did not leave a positive impression. In fact, it had a lot of similarities to later Yu-Gi-Oh! series and series like He-Man or Transformers, where it exists to sell a product.

Players control a generic male or female character that just moved to a town where everyone plays Shadowverse. A group of students introduces you to the game and it leads to a flare for the card game. Many of the initial arcs are boring things like setting up a club, getting someone to run the club, going to a tournament and it all eventually leads to bigger things, it just has the same soulless quality Beyblade and later Yu-Gi-Oh! series had.

None of the initial story arcs are hard to figure out if you’re even vaguely familiar with these types of stories. This isn’t to say the story doesn’t have its own charm. There are absolutely cheesy situations, comical outcomes, and honestly a wide array of people who are more than willing to let a card game decide the outcome of their life. Naturally, children might respond to it a bit better, as it’s likely aimed more at them, but it’s going to be hard to get through regardless of Shadowverse: Champion’s Battle gameplay quality.

Fun to play but it takes a while to get there

After the extremely long and tedious tutorial that barely teaches the core mechanics, players are allowed to explore, challenge, and play against various opponents. If there is really a complaint, it’s that Shadowverse: Champion’s Battle really isn’t that engaging.

Shadowverse, or at least the version present in Shadowverse: Champion’s Battle, is pretty straightforward. Players take turns summoning monsters and using magic based on a play point system. It starts slow, as neither side can do anything without a one or two-point card, with things picking up around three or four. What makes it different from other card games is play points are cumulative instead of being a resource. If I have a maximum, 10 points, I can use two cards that cost four points and another that costs two and then use a single eight-point and two-point card the following turn. This makes battles really climatic at the back half, though the AI takes a while to offer any level of challenge.

Despite having no knowledge of Shadowverse: Champion’s Battle, outside of recognizing some characters from Granblue Fantasy, low-ranked characters let themselves get steamrolled. I can take the most passive or aggressive paths to dominate them and not a single bottom-ranked character dealt more than five damage, out of a possible 20. This says a lot since it’s possible to ignore units on the field and just attack directly, yet it’s extremely common for them to almost let me win.

Later matches start forcing players to actually use tactics. Know when to evolve a unit for an effect or extra power, effect cards actually adding some bumps to the road and feel the need to use more than the initial deck.  As things continue to increase in complexity, I appreciate Shadowverse: Champion’s Battle making it rather simple. There isn’t an essay explaining how this monster does five damage, there is just a simple thing that says summoning does five damage or maybe it’s the evolved form or possibly both.

Outside of learning who does what, most of the experience is really simple. Find opponents or possibly just progress in the story, obtain new cards or cards to get more cards, build a better deck, and repeat. With some cards giving a massive advantage there is the same thrill of summoning, not to mention the lovely art, it’s all just an investment and one that takes a while to pay off.

At its core, Shadowverse can be a fun game and it has all the makings of a decent card game, it just requires an investment. The initial slog will be rough for newcomers, one that is hard to say it’s worth the investment. There really needs to be that desire for the game or willingness to get to the harder parts for it to pay off. For this reason, you might want to pass on Shadowverse: Champion’s Battle or at least try the mobile game first.

[Editor’s Note: Shadowverse: Champion’s Battle was reviewed on Nintendo Switch and a copy was provided to us for review purposes.]

Once a match starts to move, it gets very intense

Really long learning curve if you need it

The story is so generic if I fell asleep, it would probably take me a moment to tell it apart from Yu-Gi-Oh! GX, Beyblade or something similar

Low ranked players would struggle against a cardboard cutout

Some Shadowverse mechanics can feel cheesy next to genre norms