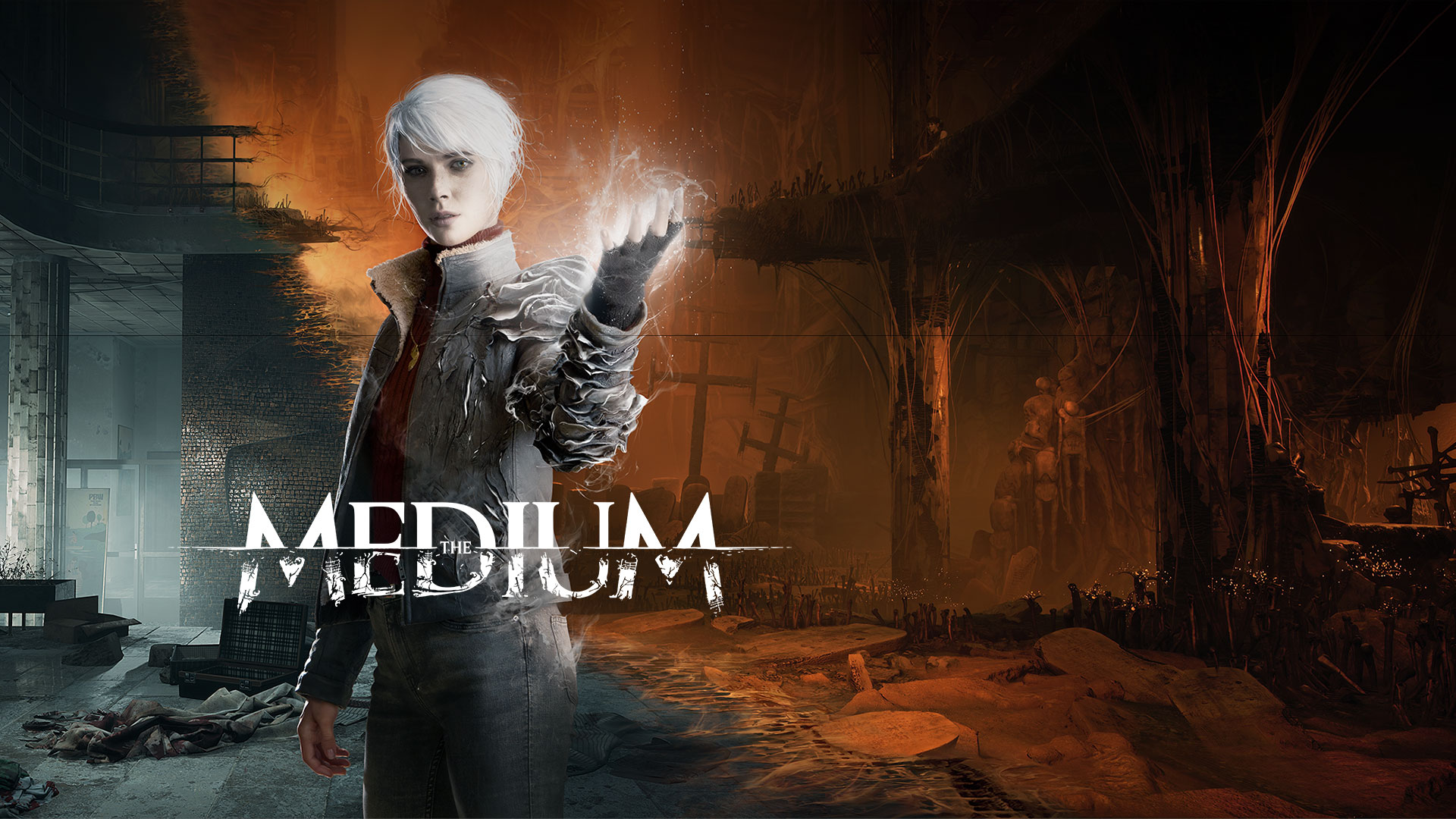 The Medium and their developer Bloober Team have a rather interesting history. Back in 2012 Bloober Team planned on releasing the supernatural horror adventure, but issues in development made this impossible. It’s a real shame, as I still remember receiving postcards of the original following my first E3. In a lot of ways, this was probably for the best since they went on to release Basement Crawl, one of the lowest-rated games on PlayStation 4, before finding success with Observer. With some practice and lots of talk following the Xbox and PC release of The Medium, is it worth your time or is it better left behind in both versions of reality?

The Medium starts with a rather mysterious dream. We see it play out, with the narrator questioning so much of it, before returning to reality. At this point, we’re introduced to Marianne, who is looking through an apartment for her father’s tie clip. This section offers a lot of insight into their relationship, setting, and significance before finally revealing a couple of things. First, this is her adoptive father, she needs to tie a clip for his deceased body and Marianne can see two different worlds. The one we see and one unique to the spirits. We see her say her final words to her father, giving us a good indication of what he meant to her, before helping him move over to the other side. Following this scene, Marianne receives a mysterious call.

Not only does the caller know about Marianne’s power, offering her answers in exchange for help, he mentions the dream. This starts Marianne’s adventure to not only come to grips with who she is but find the answers she so desperately wants.

While you’ll eventually discover these answers, along with meeting the force known simply as the Maw, its success hinges on how invested you become in world-building. The Medium is far more character-driven than an event, meaning it starts slow before eventually revealing massive twists. With the initial apartment offering 20 minutes of pointless observations and long monologues, it makes the journey to the exciting parts long and rough.

By the time you get to play The Medium, it doesn’t do much to stand out. It’s much closer to a point and click game, where you run around, find points of dialogue, or interact with random things. This really wouldn’t be bad if the words themselves didn’t feel very linear. There isn’t that sense of exploration found in Resident Evil Village, nor is there an assumed need to see everything The Medium has to offer. Often it feels deliberate in its approach to exploration.

Settings are typically designed in a way that suggests certain paths. This, seemingly deliberate attempt to encourage certain paths, really takes away from the experience. I often felt like it was less my choice to explore a place or like I did well going down an optional path and more like this is how things were done.

Things do start to pick up when we see both of Marianne’s worlds. The first time we see it, when she is helping her father cross, it’s a heartbreaking scene. Both seeing her experience this event that is painfully real, while also being reminded it isn’t quite real in the traditional sense. However, The Medium doesn’t do much with the concept.

Many of the puzzles involve doing things in both worlds to progress forward, though they’re rarely complicated. Most approach the concept like a gimmick, making it feel irrelevant, instead of really building the unique feel her powers bring. All of this builds to a rather unfortunate conclusion.

For all the things The Medium does right, like making the spirit world look unique, fantastic graphics, and a unique approach to the genre, it doesn’t quite work as a game. With some creative cuts, streamlining and perhaps more deliberate phrasing could easily make it work. Instead, we have a rather divisive experience. One where those who find the experience engrossing are happy and another where it takes entirely too long to get to the meat. For this reason, I can’t say The Medium is bad but it absolutely won’t appeal to everyone.

[Editor’s Note: The Medium was reviewed on PlayStation 5 and a copy was provided to us for review purposes.]

Impressive graphics that bring both worlds to life

As someone who recently lost their father, the initial scene hit hard

Exploration is pretty straightforward, making it hard to miss things

Short adventure that has a fair amount of build up

Puzzles are a tad on the easier side