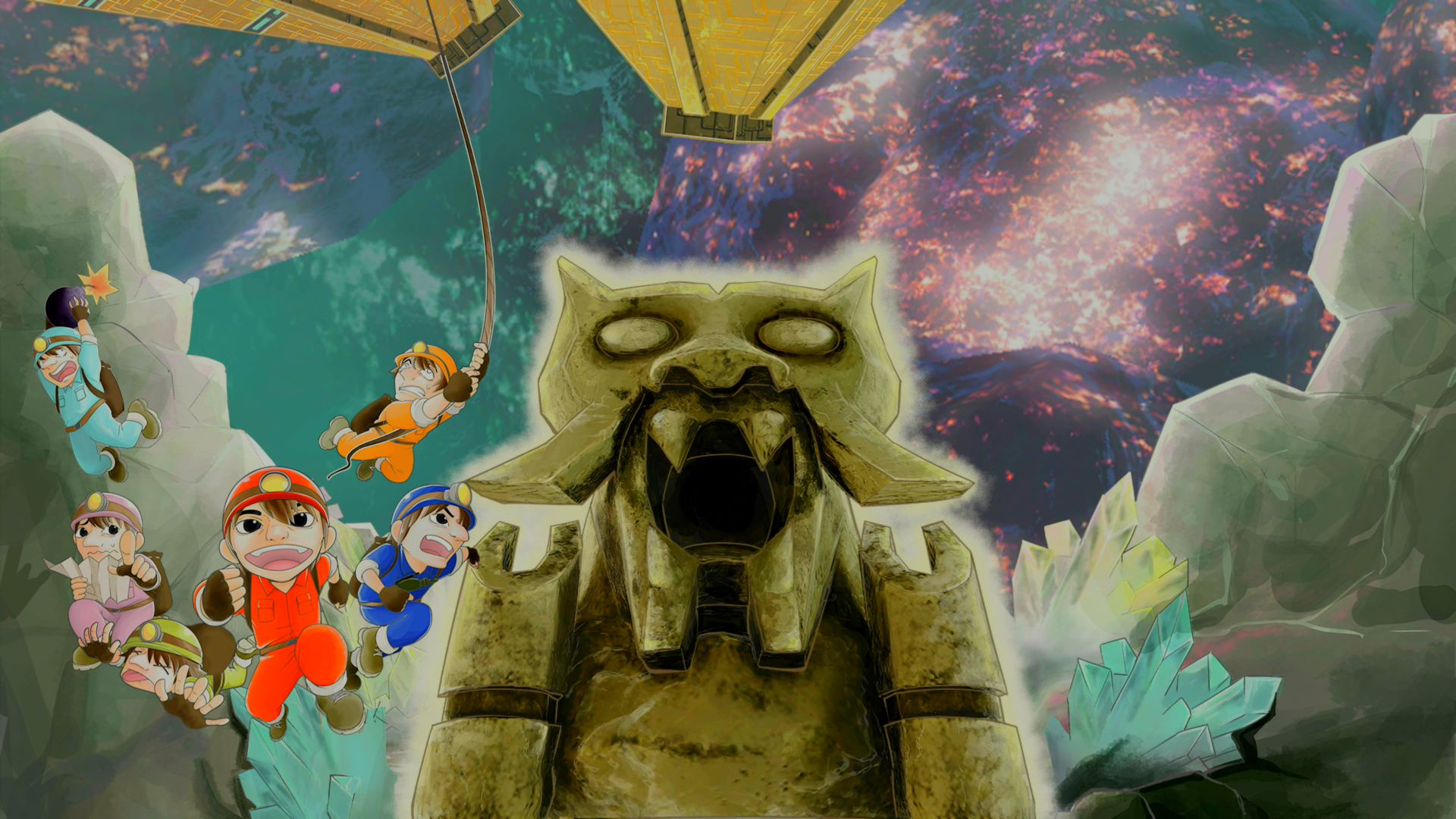 Spelunker has a rather unusual legacy. The game was originally released in 1983 for Atari, got a couple of ports before finding some level of success with the NES release. What made the title stand out was its brutal difficulty, at a time when games were already extremely difficult. Part of this came from almost doing everything in the developer’s power to make you fail and the rest from sloppy controls. Some earlier versions of the game I’ve played are dodgy at best and downright frustrating at worst. Yet, it got a sequel and later a reimagining. Spelunker HD took the core idea of the first game and really expanded it in a variety of different ways. Years later, the classic was brought back with a new coat of paint in the form of Spelunker HD Deluxe. While some time has passed between releases, is it still worth checking out or does it fall short?

Spelunker HD Deluxe doesn’t really have much of a story. You play as the red spelunker, with each player number having its own color, along with an antagonistic black spelunker who has his own spin-off (not included). Instead of relying on a formal story, there are a series of collectible mural pieces that explain how humans came to be. It doesn’t quite explain why you’re fighting jumping owl men, enemies that are reminiscent of Cerberus or robots, but it provides some kind of reward for the journey.

Where Spelunker HD Deluxe really stands out is how it handles everything. It manages to stand out, feel familiar and modernize the series without missing a beat. If you never played the original game, it’s essentially five or so stages that encompass all the core mechanics here. With this, 100 stages were created, with 100 slightly different multiplayer versions and another 100 harder stages with their own multiplayer version, that all feel like they could’ve realistically been in the original. That’s quite a feat, one that stands out when you look at the loving attention to detail.

Part of what made the original hard was having to move in a direction and jump, in a game where you could walk off the ropes, and literally anything slightly wrong results in death. It was very common to jump too soon, late, high or low, making it demoralizing. Spelunker HD Deluxe seemingly removed the rope mechanic for 3D graphics (the PlayStation 3 version had it as an optional setting) and a lot of the cheaper mechanics, in favor of a more esoteric and thoughtful approach to difficulty.

Every mechanic, no matter how seemingly frustrating, has a trick. Bats poop a specific amount of time, green lizards jump in a predetermined sequence, there are ways around everything if you pay attention. Likewise, a lot of the levels were designed to anticipate player actions. Rock formations sometimes force a lot of timing or very little in hopes of tricking players into getting sloppy. It’s the type of little thing that makes you kick yourself, without ever really feeling like it’s Spelunker HD Deluxe’s fault.

Later stages only double down on these concepts, with champion mode pushing players to the next level. That is often what makes the experience fun. All 10 worlds have their own themes, mechanics, and elements that make the experience different. Some are certainly less fun than others, such as the fourth ice level, though the core approach is the same.

To further the experience, part of every obstacle is planning. Having enough energy to make it to the next resupply is tough, with ghosts randomly appearing to force players to move forward or make a last stand with their remaining energy. Oftentimes, it isn’t even the ghost that gets players, it’s the change in sound signaling it spawned.

Another nice touch that was never quite adopted was giving Spelunker HD Deluxe both classic and modern graphics. Every level was created with 3D figures and NES-Esque sprites in mind. Naturally, classic is a little bit harder, though they both certainly have their own charms.

Unfortunately, if there is a downside to Spelunker HD Deluxe, it’s the community. Just randomly checking for our review, I couldn’t find a single match. Even the leaderboard, which includes Japanese players who have had it since July, is very limited. This means platinum, multiplayer and a lot of the online charm will not be accessible without friends. This is really unfortunate since there was a lot of fun blaming someone for getting on the red rope (it breaks if three people are on it) or using the yellow rope to progress faster and leave someone behind. It’s absolutely a game that lends itself to shenanigans, which likely won’t be experienced by most players.

In my heart, Spelunker HD Deluxe is perfect. It manages to approach difficulty in a fun way while retaining exactly what made the original iconic. Even the ability to play with both graphic settings is an absolute delight. It’s a shame online might be a hassle to experience but it’s legitimately a game that rewards skill and while it’s annoying and honestly tired, it still is the Soulsborne of platformers.

[Editor’s Note: Spelunker HD Deluxe was reviewed on PlayStation 5 and a copy was provided to us for review purposes.]

Esoteric challenges that force players to learn, adapt and survive

Wide variety of stages and challenges to overcome

Honors the original legacy in a way that makes everyone happy

Includes the original DLC, which is twice the content

Endless mode is perfect for those looking to be competitive