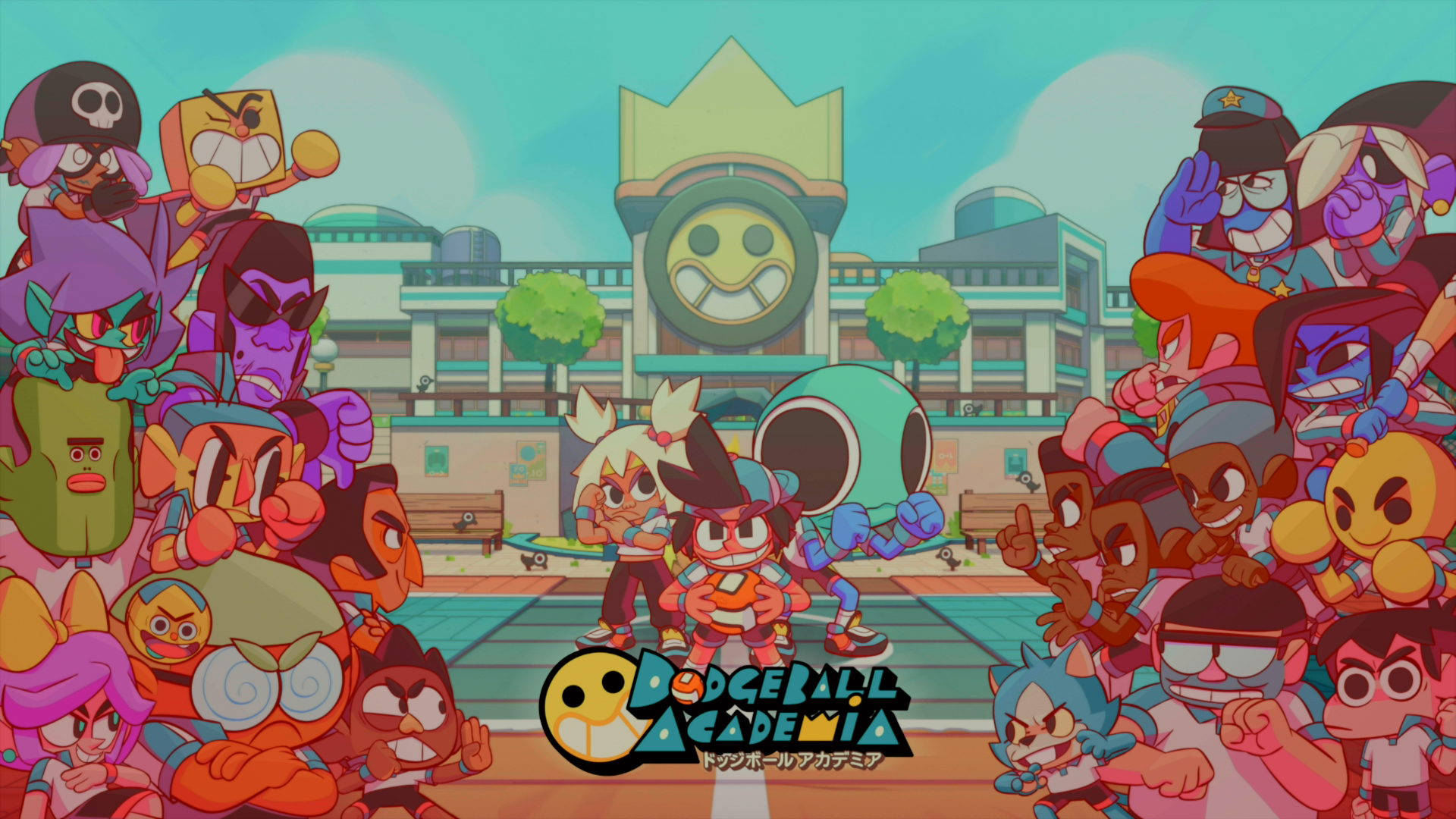 Sports games are nothing new or particularly special. Mainstream ones are one of the most profitable games out there, though the idea extends way beyond mimicking reality. For example, Nintendo found a lot of success adding their characters and unique elements to a wide variety of activities. As time progressed, we started to see a wide array of ideas, with the most recent being Dodgeball Academia. It makes sense, the game lends itself to fun concepts and is not a particularly popular category, even more so if we forget the recently released Knockout City, yet Dodgeball Academia tries to go a different direction with the concept. Is it a must or just a lot of fluff with a unique art style and cool concept?

Dodgeball Academia shares a lot with similar series despite not being based on an anime/manga series. Players start by being introduced to Otto, a kid who is starting his time at Dodgeball Academia, a school where kids learn to master the activity. There is some lore, including a ball that gives most students powers, with an odd combo of traditional activities and dodgeball-specific tasks. It makes for a decent adventure, though it honestly feels like more of a tutorial in the grand scheme.

A shocking amount of personality

Surprisingly enough, the game most similar to Dodgeball Academia is Pokemon. Between quests, teachers introducing elements and places to explore, various students are looking to throw down. Even the music before a fight is very reminiscent of the iconic franchise. This isn’t really a criticism, Dodgeball Academia can certainly stand on its own, just a good way to understand the initial gameplay loop.

Every task eventually leads to Otto and his team have to face a variety of dodgeball players. Where most games would replicate dodgeball in a rather basic way, Dodgeball Academia throws a lot of curveballs, both in the figurative and literal sense.

Controls are basic. One throws, another catches, there is a jump/dodge roll, eventually, you can do a super move and a charged ability. Every character has their own spin on these concepts as well. While Otto can throw fire, catch and jump, Mina, throws lightning, reflects, and rolls. Even the way they interact with the elements is different. Mina’s attack is a single hit that can damage multiple targets, whereas Otto is the single target but does burn damage. Every character is like this and some extend beyond even this.

As players progress, there are a wide variety of throws. Some spin, others go high and down low, a few are fast, some big, and others start slow and then speed up. These all create a wide range of variables that need to be anticipated and overcame. Sometimes that is knowing the right time to catch, other times it’s just throwing a ball at it to counter, but it will vary.

Levels also change wildly. Sometimes you’ll fight multiple people, with some going on the sidelines tossing balls at you if they get to the ball first, with others alter the ball spawn arrangement. There are also stages with mechanics to overcome, like tall grass, with more supers and different charged attacks. It can be a lot of fun, but it can also be somewhat frustrating too.

Due to so many elements happening at once, it’s extremely easy to make mistakes. A lot more of the damage I took was from handling a situation incorrectly. Sometimes it’s unavoidable, other times it’s a measure of skill, but it is a game where it can be inconsistent in terms of difficulty. Especially when you randomly fight a high-level character. These moments will help you grow but it isn’t the type of game where you can expect to breeze through every encounter.

Another, rather unusual, the shortcoming is the overall design. As much as I enjoy the cartoony, basically OK K.O.! Let’s Be Heroes look, the experience can sometimes fall short due to it as well. The 3D backgrounds work fine in combat settings, but they can often look out of place and poorly handled in the world setting. There is also a sense of effort that sometimes makes the world feel rather sad. There are very specific characters who stand out, play a role in the story, and do their own thing and then there are the generic boy, girl, and robot characters that fill in the background. It just feels so out of place seeing extremely well-thought-out characters and then stock character 121, stock character 122, and so forth.

Dodgeball Academia does exactly what you’d want from a game like this. Not only is the gameplay far deeper than simply throwing and catching the ball, it quickly becomes a dynamic experience that requires a fair amount of skill to succeed. Add in the rather robust story mode and wide range of characters and there are very few shortcomings. Sure, an online multiplayer would’ve been better than offline and perhaps a more consistent art style but the core game is absolutely there and worth considering.

[Editor’s Note: Dodgeball Academia was reviewed on PlayStation 5 and a copy was provided to us for review purposes.]

Way more than catching and throwing a ball

Easy to learn but hard to master

Takes a bit from Pokemon, leading to a loving homage

Contrasting art style isn't for everyone

Difficulty can be inconsistent