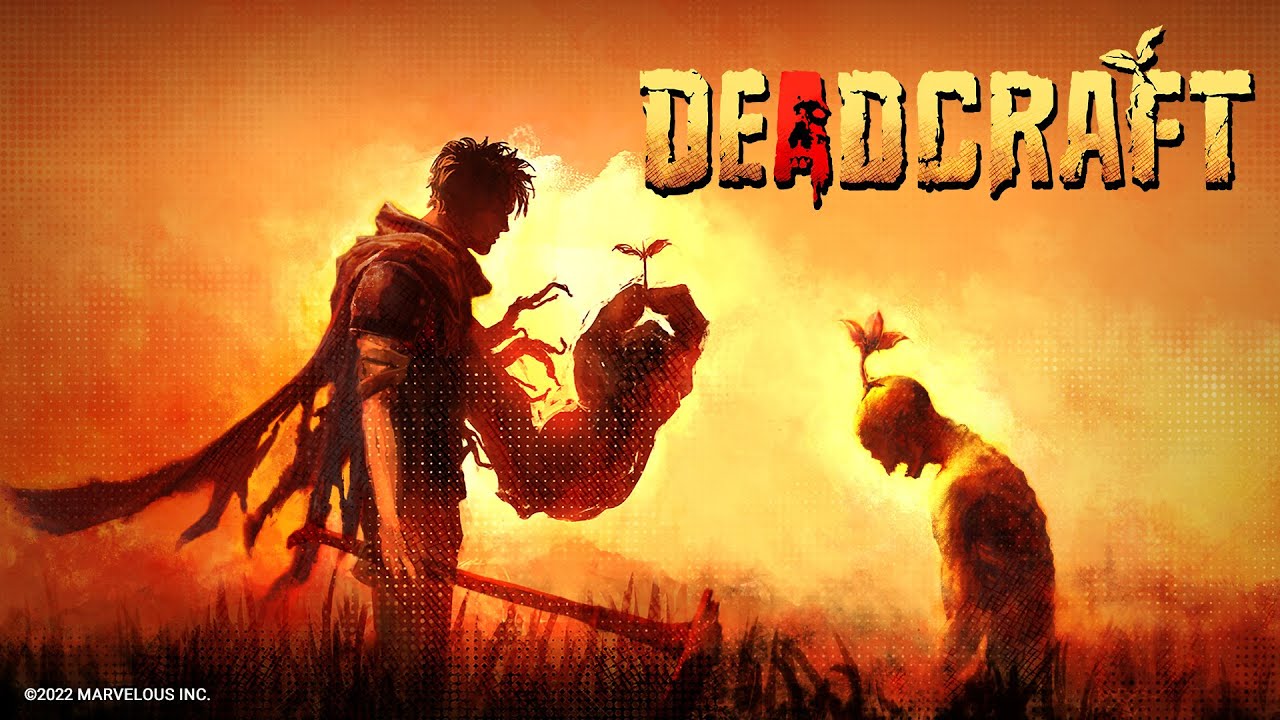 Demographics can be an interesting thing. Content is usually made with someone in mind and often times repeats the same concepts because the demand is measurable. Some of the most interesting experiences are things that challenge this notion. Take Destiny and its loot based shooter mechanics. It builds on a very familiar base, at least for MMORPG players, except it caters to people who want to shoot things in a sci-fi world. One of the more unusual takes is crafting and cultivation. It’s common for something like Harvest Moon and the titles like it, just like aspects appear in zombie titles, though very few go all in on the concept. This is where Deadcraft hopes to stand out. With a strong focus on resource management, crafting, zombies and an over the top style, does it bring exciting concepts to a new group or does it fall short?

Deadcraft starts with a fairly out there premise. In the year 20XX meteors devastated the world turning it into a harsh wasteland and bringing with it the zombie virus. Decades later humanity is slowly rebuilding itself and trying to thrive in this new normal. From there, the story itself follows a couple of somewhat interconnected narratives.

The main story involves Reid, the player character, wanting to exact revenge on a shadowy character known simply as Nebron. In addition to that, Reid meets Zombie Gramps, an eccentric researcher who is surprised to find Reid is a half-zombie, which, until then, was something he only considered theoretical. Through him Zombie Gramps can learn more about the phenomenon and also better help Reid survive the harsh new world.

It makes for an okay arc, one that largely devolves into two distinct type of interactions. Either characters or details are going to slowly explain Reid’s relationship to Nebron or they ultimately teach gameplay mechanics under the guise of research, fetch quests or highlighting some aspect of the game.

A Brief Explanation of How the Zombie Scale Works

Deadcraft and games of the like feature an odd arc that can be rather overwhelming. In addition to being a crafting title, there are a wide variety of survival mechanics. These include a zombie/human gauge, water, food, energy and, of course, health. Each of these work in a relatively straightforward way, food increases the food gauge, as does water, though they have depth as well. A fresh tomato will give food and water, but decreases zombie because it’s fresh, just like a z-meat will feed you and increase your zombie gauge. The trick to this is largely to craft specific items that help balance out your needs.

Initially this is accomplished by making the most of whatever is found or can be purchased. Long term, the goal is to progress, purchase skills to increase your ability to craft and make items for a wide variety of situations. It’s an okay system once you get moving, it’s just the initial part that is a slog. The same is true for things like combat as well.

An Example of the Humor

Every action, be it gardening, running or fighting, uses some of your energy. It adds risk to every action, as I can’t mindlessly dodge or relentlessly attack without having to return home to sleep, though it also really isn’t that deep either. Most enemies have straightforward attacks and it’s just about picking battles and knowing when to use your zombie powers, as they can do considerable damage over a wide area. The mindless feel gives most sections a sense of tedium, as does the crafting system itself.

Unlike XSeed’s other combat harvesting game Sakuna: Of Rice and Ruin, there really isn’t much to it. It’s a pretty straightforward process that involves pushing a single input and selecting a variety of different elements and then waiting. It gets more complicated overtime, as there will be ways to make different things, using certain resources requires a bit more effort, but overall it just isn’t that deep. The same is true for optional quests, as they rely more on fetching and delivering than anything else. At some points it’s also possible to just cycle resources, like one requires a fruit, gives a drink, another requires said drink and now you have meat. Some change it up with general tasks like killing zombies, though it really only goes so far.

The struggle with Deadcraft is really wanting to do too many things at once. There is a food, water, sleep, crafting, harvesting, town building, notoriety, intimidation, robbery and more, they’re all just very basic. Often times you push a button and it either works or it doesn’t. It will offer some fun for anyone where these interests overlap, but to anyone looking for a bit more or deeper mechanics will likely be underwhelmed.

[Editor’s Note: Deadcraft was reviewed on PlayStation 5 and a copy was provided to us for review purposes.]

If nothing else, there are a lot of options

Humor really stands out in a fun way

Tries to make the most of the setting

Can be overwhelming at first

Ran into some performance issues, like when looking at the map, on PlayStation 5

Not enough depth to really make any aspect shine