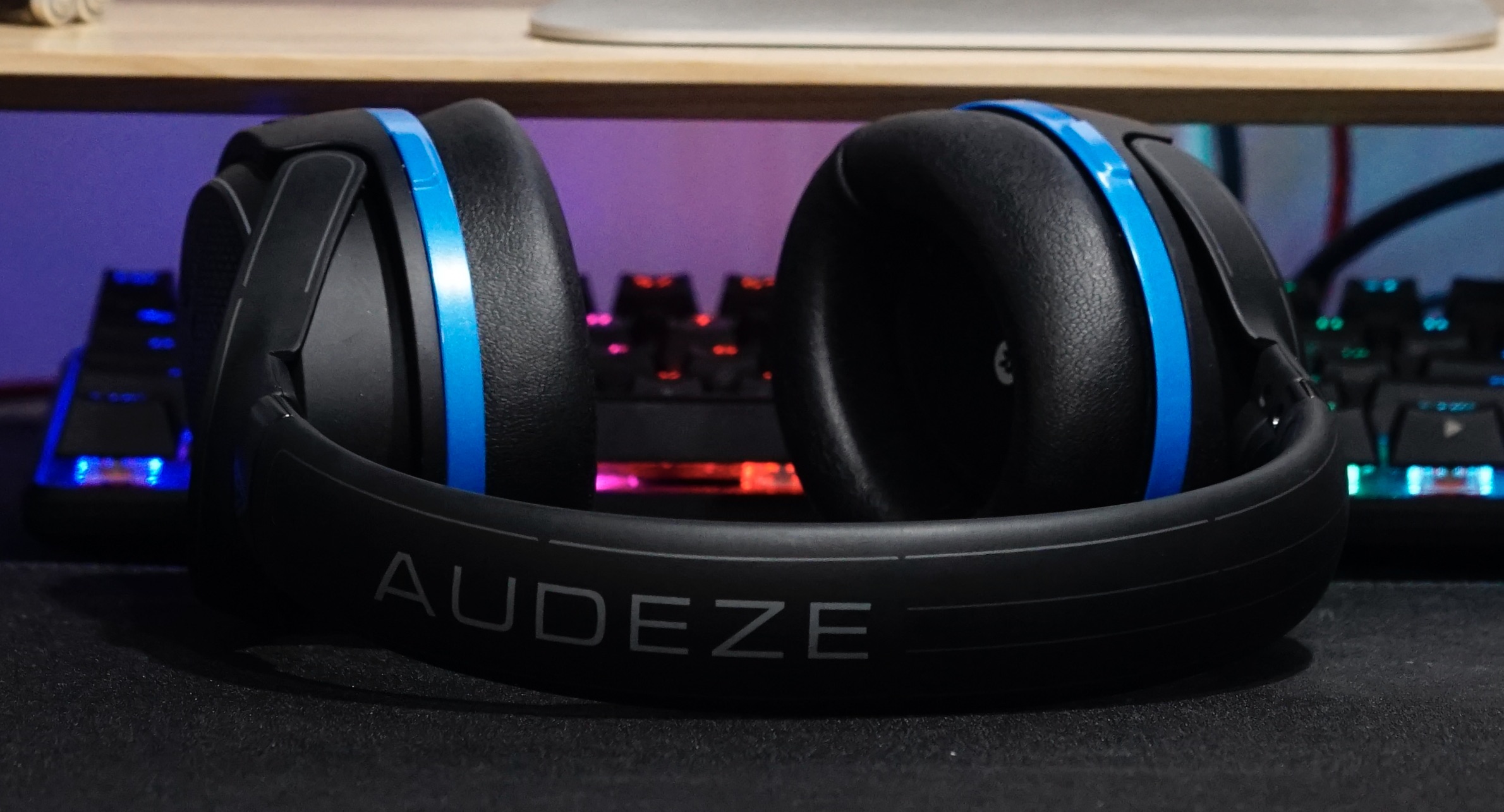 Now more than ever gamers are seeing the importance of quality audio. A lot of this can be attributed to companies pushing for spatial audio solutions. Microsoft has Dolby Atmos support and more, Sony has Tempest, and even some third-party options like Waves Nx and Immerse Gaming | Hive exist to fill the gap. With so many ways to experience the sound, players are rethinking their setup. While there are a lot of strong options, such as Mobius, they lack the versatility certain players appreciate. This is why I was so excited to see Audeze’s take on a wireless headset, Penrose. Now that some time has passed, various updates released and new experiences are on the market, is it still worth considering in 2022 or is it better left forgotten?

Staying true to their brand, Audeze put a lot of thought into Penrose’s packaging. The design, clearly inspired by gaming trends at the time, focuses on features in a concise and easy to grasp way. Those looking for a little more information have the back where the various components are shown and explained in an easy-to-understand way.

After removing the initial box, there is a diagram that explains the basic functions and setup. Under this is Penrose, held firmly in place with foam, a small manual, and a quick reference guide. What makes the quick reference guide nice is everything is presented in a simple way, making it extremely easy to understand and use, regardless of knowledge, experience, or skill level.

Almost immediately Penrose stands out for its small touches. The headband and earpads are both soft leather, with the accents featuring a bold contrast. On the PlayStation model, there is an electric blue, with the Xbox featuring more neon green. One thing that is hard to see in pictures is that the piece between the headset and earpad isn’t a solid color, but rather glitters in the light. It’s subtle, giving the headset a little more flash without going too far.

On the outer parts, there is a soft finish that feels nice to the touch. There is also a slight design, one that looks similar to some of their higher-end headsets. It gives Penrose a bit more style, without venturing too far into the “gamer” cliches that might put some people off. One notable design point is the plastic headband slider. It likely won’t be an issue but is more likely than a more durable material like metal.

Comfort is something that will vary with Penrose. It’s a bit tighter than a number of headsets on the market, though it makes up for this by having rather a substantial padding. Like most things, there is a reason for this design choice. Not only does it lock in the sound, making it fairly difficult to hear on the outside, but it’s also harder to hear external noises as well. Those who do find it overly tight have a bit of leeway in that they can wear it a little looser without having an issue.

Like all headsets, the most important aspect of Penrose is performance. Compared to a number of similarly priced and featured models, Penrose is one of the better-sounding ones. It isn’t just in terms of bringing the world to life, something that really stands out in things like Returnal, but rather the details of the sounds themselves.

Since it’s a rather big conversation point right now, I also made sure to test these with Elden Ring. Where they made the biggest difference was some of the smaller details, which have a massive impact on perception. For example, with Penrose, I could clearly hear a guard unsheathe his blade and prepare for attack. When using my A50s I could still hear the audio cue, it just gets somewhat lost in the background. With a general use $100 headset I could hear the cue because I was looking for it, though I’d legitimately get stabbed in the back if I wasn’t aware of my surroundings. Another interesting test case was rain.

On the low-end headset, it was there, just flat and lacking in life. Astro A50 did a better job, creating the illusion of rain around me, except it was a more windy storm. On Penrose, the raindrops were given more priority, sounding very similar to standing out in a heavy downpour. Admittedly both headsets do have their own calibration programs, meaning you could probably figure out a way to get the desired sound on either, though there is no way to get the same level of fullness Penrose offers.

With music Penrose performs extremely well. Not only is there a certain richness to the sound that makes listening extremely inviting, but it also doesn’t fall short at higher volumes. When tested against the aforementioned cheaper general use headset, it quickly got sharp and unsatisfying to hear. When using various genres and sources, I also got a consistently enjoyable sound experience from Penrose.

Just to round out the experience, I tried Penrose with a few shows, such as Power Book IV: Force, and I weren’t disappointed. Voices came in clear over the various noises, gunshots had the impact you’d expect, with no real issues. I did find myself having to often adjust to find the sweet spot, though overall the experience was about where you’d expect.

Communication was also pretty good for an all-in-one headset. It won’t beat a dedicated microphone, though you shouldn’t face an issue doing callouts in Destiny 2 or helping your friend on Babylon’s Fall. When it isn’t in use, it can also freely be removed and used as a normal headset.

Where Penrose really drops the ball is connectivity. Like most wireless headsets it features a simple wifi dongle, with the added benefit of Bluetooth or 3.5mm. In the latter cases, there are no real issues with Penrose and they perform as you’d expect from those connections. With wifi on PlayStation 5, they’re a very mixed bag.

With PlayStation 5 I use the back USB ports to connect to a dock so I never have to look at certain connections. When I connect Penrose to the dock or the back of the console, it frequently disconnects. This is not an issue with any other headset I’ve tested faces, making it kind of weird. Moving it to the front eliminates this issue, though the range gets iffy. With my Astro A50, I can basically move throughout my house and not disconnect. Penrose does well in an open concept setting, it’s just the more walls between myself and my PlayStation 5 the worse it performs. Even going upstairs to let my dog out will be met with frequent crackling and popping as Penrose desperately attempts to connect to my system.

Since these are meant to work on PC as well, I tested them with my computer and the experience was very similar. When connected in the back, Penrose was more stable than PlayStation 5, though there was an instant disconnect if I walked outside of the room. On the front the performance mirrored my PlayStation 5.

A Quick Look at the Audeze App

Another quirk that might impact things is button arrangement. Every control is on the left side, with it being fairly easy to mix up chat and headset volume. It’s a minor issue that can quickly be solved by being aware of their locations. Mute is also on the side, something that is extremely easy to forget about, though not something you have to rely on. I personally use the mute on my DualSense more than anything, which accomplishes the same overall goal.

When push comes to shove, Penrose does an amazing job at what it’s supposed to. There are very few wireless gaming headsets that can match Penrose and for that, it’s absolutely worth considering. While some of the quirks are annoying, their use case will vary and may not even matter to a lot of readers. This, combined with the versatility, makes it a solid choice and remains one of my favorite headsets, even if there are some quirks I wish weren’t present.

[Editor’s Note: Audeze Penrose was provided to us for review purposes. Firmware was updated to the latest version as of Apr. 10, 2022, and all headsets were tested at their default configurations.]

Powerful volume that exceeds many other headsets on the market

Quick connect and disconnect on PS5 is a welcome feature

Fit can be rather tight

Plastic slider is more likely to break than a metal