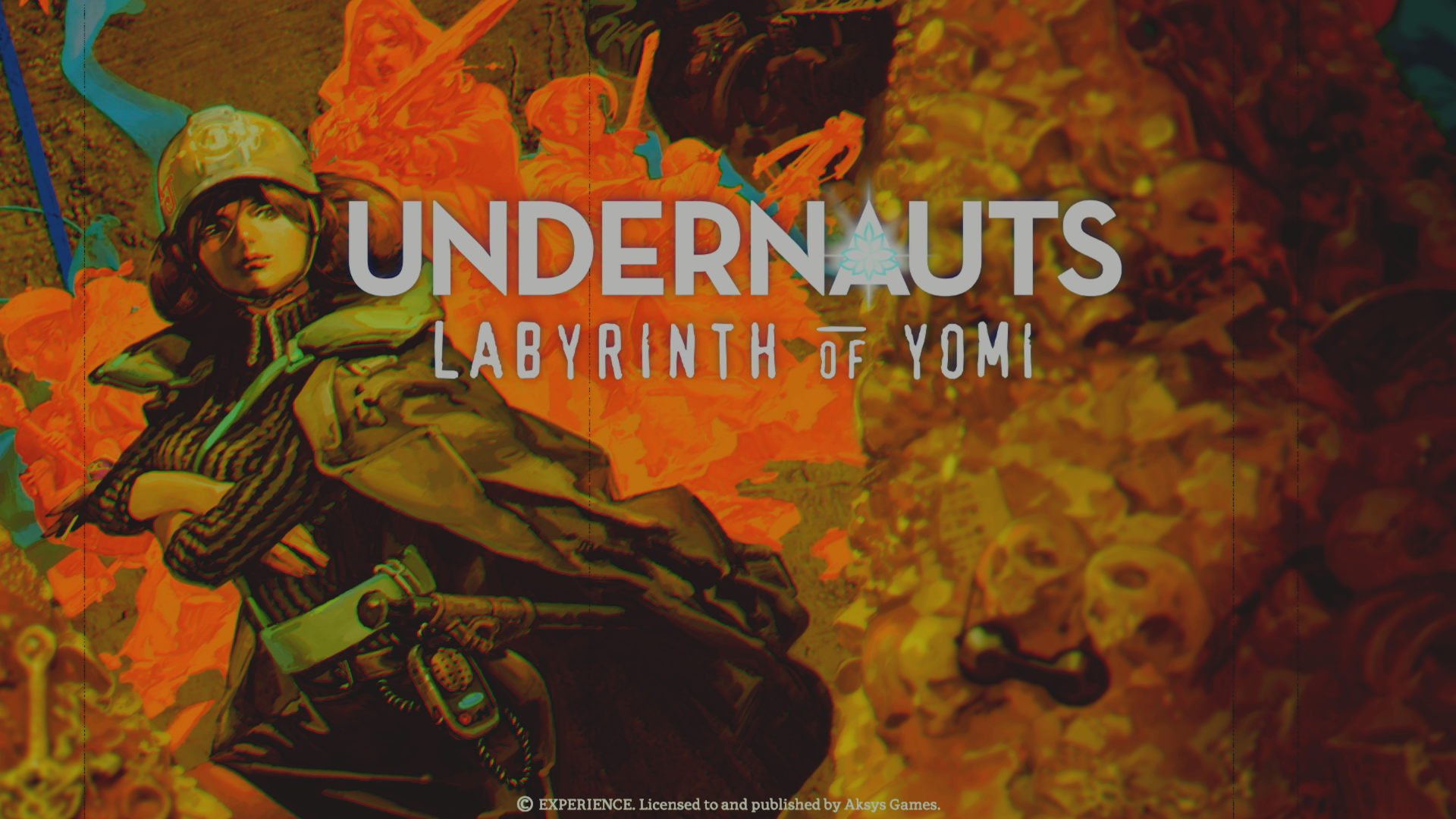 Certain genres are harder to break into than others. You make something like Monster Hunter or a Soulsborne game and it’s instantly a battle between the two, whereas shooters typically just need to be fun to ultimately be good. While not quite as restricting, dungeon crawlers tend to favor a small subset of games. The concept is interchangeable enough where something needs to really stand out. Mary Skelter goes after the story, Dungeon Encounters is mechanics, with Undernauts: Labyrinth of Yomi playing into the sometimes forgotten role-playing aspect behind the RPG genre. With unique art, an interesting setting, chilling themes, and more is it a must, or does it fall short of others?

The initial premise of Undernauts: Labyrinth of Yomi is rather interesting. A mysterious structure rises from below Tokyo in 1979, leading to multiple parties interested in what secrets it holds. It’s quickly discovered that, while the location has great treasure, there are monstrous creatures known as the Yomi protecting it. With groups like the Cassandra Company seeing the opportunity, they enlist hopeful and out of luck people to investigate.

It makes for an interesting opening and setting, one that is somewhat furthered by initial options. While there is a character creator option, it fills a unique situation. There are a couple of key characters, generic roles (healer, ninja, warrior, etc) different ways to build them and a wide variety of character looks. Some of these are references, including characters from Spirit Hunter: Death Mark, Stranger of Sword City, Saviors of Sapphire Wings, concept characters for Undernauts: Labyrinth of Yomi’s original vision, and more.

As nice as the various characters, occasional alternate look/color, ability to add a backstory, and more are, the very limited nature behind Undernauts: Labyrinth of Yomi can make it feel underwhelming. Essentially, they’re a picture you see when looking at a profile, a smaller version during gameplay, and nothing more.

At this point, you’re ready to explore. There isn’t much that makes Undernauts: Labyrinth of Yomi stand out in terms of gameplay. The labyrinth itself looks like a PS2 game with very basic visual cues. There are shown and unshown enemies, different types of battles, treasure, maps, and other key things indicated on the map. There are also optional paths that can be unlocked through a limited resource, camps to heal your team, and more.

Combat follows a similar path. Monsters have more interesting designs and somewhat move, with the bulk of gameplay being flashes of light and various mechanics. On a high note, those uninterested in redoing the same action or watching every move play out can fast forward or auto-repeat previous actions, making it a little easier. Not the best for harder foes that require good tactics, though more than enough for the pointless battles between them.

Where Undernauts: Labyrinth of Yomi starts to find its footing is how it draws players into the experience. At first glance, the generic dungeon crawler can feel rather forgettable. However, over time you’ll locate rooms with bold designs like hands extending from drains in the floor or locations covered in blood. This also extends beyond simple violent imagery. One example is saving the girl at the start, who will slowly speak to you as you attempt to save her or unlocking new things through means that doesn’t make sense, but clearly has major implications for later.

They also slowly build up the world, giving players access to more resources to create doors, level teams, improve skills, and just make their teams more powerful. These small touches can easily hook someone, provided the setting resonates with you.

There are a lot of things going on in Undernauts: Labyrinth of Yomi. It’s a simple-looking game that relies heavily on a love of the tactical side of RPGs. There is also a strong story, one that does a good job hooking players quickly, though can lose them with frequent tutorials and vague answers. At its core, Undernauts: Labyrinth of Yomi does a decent job in the genre and certainly has its own perks, it just might not be enough to make it stand out next to similar titles or fall short of some of the better games in the genre.

[Editor’s Note: Undernauts: Labyrinth of Yomi was reviewed on PlayStation 5 and a copy was provided to us for review purposes.]

Lots of options to build a team

Chilling visuals that draw players in

Lots of depth and optional things to explore

Gameplay can feel rather slow and tedious

How to Hide Your Headgear in New World

New World - What is Azoth and How to Get More