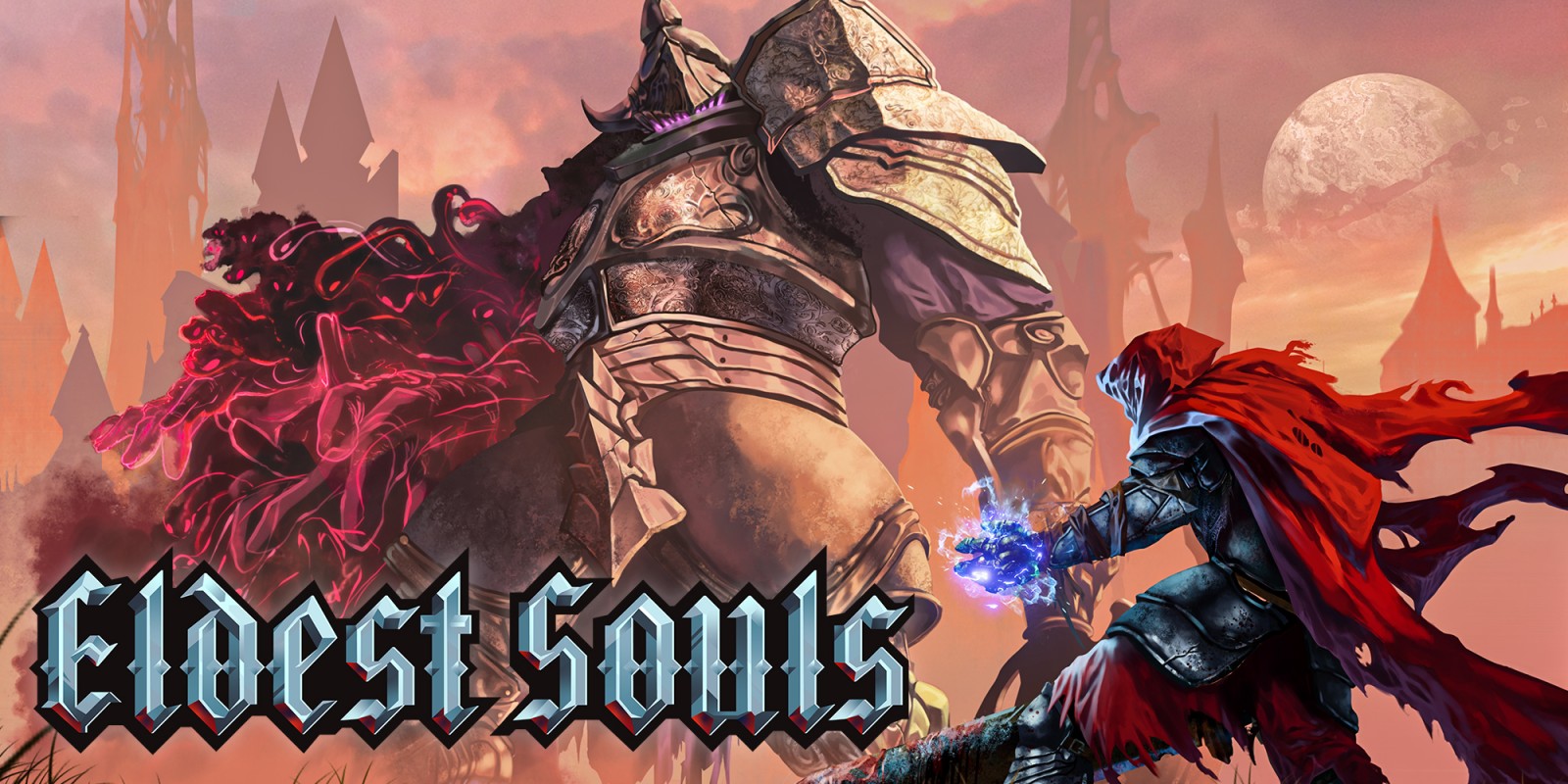 Typically when I review a game like Eldest Souls, I comment on how the importance of a smaller game standing out. Every couple of years the concept changes, sometimes it’s art, other times mechanics and some want to offer their own unique take on certain experiences. In the case of Eldest Souls, it kind of simplifies the Soulsborne experience. Instead of having to fight your way to each boss, the path is clear, but do you have the skills to make it to the end?

Similar to the Soulsborne games, there really isn’t much of a story to Eldest Souls. Players are given a small introduction that you basically need to find and kill the old gods. Along the way, there are various NPCs with tasks to complete, writing that adds context or details to the world and it all builds to a series of fights.

At first, Eldest Souls feels like a Soulsborne game with a twist. Bosses do insane damage and you can’t heal. Instead, players need to damage the boss, which will heal a portion of your health. This is explained when fighting the first boss, known simply as the Watchdog, who is a rather bland knight. He fights exactly like how you’d expect a fight from those games go.

He has range, damage, and speed, but a good tactic is more than enough to close the gap. I personally defeated him on my first attempt, leading me to believe this wouldn’t be too bad, but Eldest Souls proved me wrong.

All things considered, Eldest Souls reminds me more of Veteran Maelstrom Arena, the divisive single-player activity from The Elder Scrolls Online, way more than it did the aforementioned Soulsborne games. This is largely due to the logic and underlying concept behind each fight. Instead of relying on good fundamentals and finding ways to overcome your shortcomings, Eldest Souls is way more about mechanics and almost going out of its way to ensure players fail.

Bosses are more mechanic driven than anything else

Almost every boss has multiple phases, meaning fights can feel rather tedious. For example, it took an attempt or two to figure out how to handle the Guardian, which is the second boss, until I got to about the halfway point. He transforms, got a new set of moves, and then I lost. Now each attempt is getting through the first phase in order to get through the second phase.

Eventually, I figured it out, with things taking a step further. Now bosses teleport, fly across the stage, set the ground on fire, create lasers across the field, and oh so much more. Oftentimes these mechanics can feel brutal. In fact, there were times I screwed up the mechanics and I went from being so close to winning to losing in a second. This honestly leads to the weakest part of Eldest Souls, options.

Be it The Elder Scrolls Online, Demon’s Souls, or even The Surge, there are many different paths to success. If I couldn’t win with my current build, I looked at ways to overcome it. Change my magic, increase my power, different weapons, certain supplies, and more. Options in Eldest Souls increase over time like every boss has a different perk depending on how you implement them but there are really only so many options. Three fighting styles, two perk trees per style, a modifier for a couple of abilities and those are practical all your options. When you can only pick two or three things, at least initially, it makes early stages rough and discouraging. As a result, it can create an overly negative situation.

About how many options you get after killing four bosses

Either you figure out what you’re doing wrong or you get better, neither of which are great feelings. And, while I can confirm Eldest Souls feels rewarding because you overcame your difficulties, every level takes things up a notch. It will appeal to some, it just isn’t the most universal experience out there.

While Eldest Souls has great sprites and offers a neat take on the genre, it lacks universal appeal. Most bosses will take many attempts to beat and most times the issue isn’t how you’re doing it, just timing or learning a new mechanic. It can be fun in its own way, similar to how Maelstrom Arena was, but that was also an activity that was largely ignored for the same reason people will dislike Eldest Souls. So, unless you’re looking for an experience that is essentially just “get good,” this likely isn’t for you.

[Editor’s Note: Eldest Souls was reviewed on PlayStation 5 and a copy was provided to us for review purposes.]

Great visuals with a diverse range of styles

Most bosses can be overcame by just mastering their mechanics

You will lose and die a lot

Additional phases, bosses and mechanics as the fight progresses can be discouraging

Lack of builds limits options to overcome the challenges

Omen of Sorrow coming to Xbox One on September