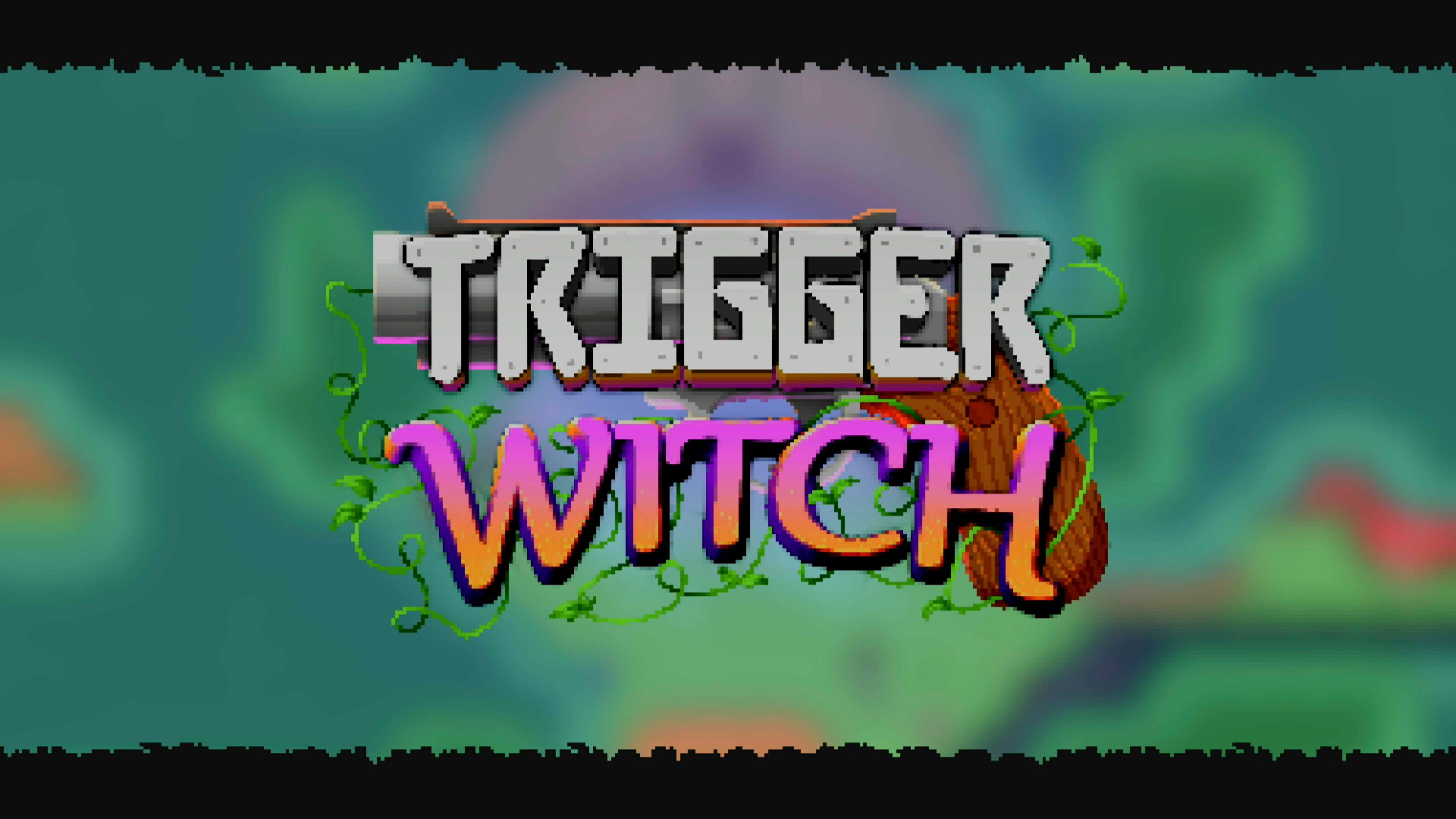 Some of the best games have been the ones with the weirdest premises. Giant frogs who beat up other large anthropomorphic animals, zombies fighting wacky things and so much more. Recently there has been more of a push towards realism, leading to some truly impressive experiences, but that doesn’t mean there still isn’t a place for weird ideas. Trigger Witch does just that by committing to a weird concept and presenting a simple experience. While there is no denying the charm, can the cute shooter stand out, or is it merely an interesting concept?

For the most part, Trigger Witch doesn’t have much to say. There is a vague premise of Colette graduating from her class and things going south before things finish. It isn’t great, not that it needs to be, with it building to a larger narrative.

Where Trigger Witch starts to stand out is doubling down on its concept. Like a truly good B-movie, there are jokes, puns, and silly comments that build on the silly premise. One such example is the picture above where Colette boasts her magic touch when it comes to using firearms.

This is also part of the problem with Trigger Witch. There is a certain point where the concept stops being fun and it gets tiring. Puns and play on words are not just common, they’re an overwhelming part of the narrative. Whether you’re going through Muniton Thicket, reading the great trigger (it’s a tome), statements like “all glory to ballisiticism” are common and it just keeps going.

Makes Sure it isn’t Just Your Blood on the Trigger

Similar to the arguably classic Raze’s Hell on Xbox, gratuitous violence against cute fantasy creatures is a huge part of Trigger Witch. Players need to point a variety of traditional guns and blast cute mushrooms and smiling balls to bloody stains on the floor. It’s silly in its own way, not unlike the amusement of blasting someone’s head off in Raze’s Hell, though weak gameplay makes Bullet Witch a chore.

Nothing about Trigger Witch, on any difficulty, is particularly hard. Enemies, if managed correctly, will die and you’ll collect jewels from these comical threats. However, certain moves or situations can lead to major problems. For example, getting hit isn’t too bad but getting poisoned by a mushroom and not removing the poison can kill you in seconds, even on normal. It isn’t particularly fun making a mistake and having this seemingly easy game kill you.

Odds are on the following attempt it won’t happen, it just is the lack of polish players tend to dislike in an indie game. This isn’t even to say it’s game-breaking, a dodge will remove it, and killing enemies creates potions to heal, it’s just not the most fun and very easy to get overwhelmed/have things happen.

There really isn’t much to say about Trigger Witch. It’s a top-down shooter, not unlike Enter the Gungeon, just with an RPG model instead of roguelike, that substitutes blood and jokes for depth. To be honest, with the right people, co-op is fun enough to pick up and play but it’s a chore running around and reading all the jokes. Sometimes less is more and Bullet Witch doesn’t seem to understand that.

[Editor’s Note: Trigger Witch was reviewed on PlayStation 5 and a copy was provided to us for review purposes.]

The silly concept is amusing

Co-op can be fun with the right people

Way too many jokes and references

Isn't much deeper than the core premise

How to reroll in Nier Reincarnation