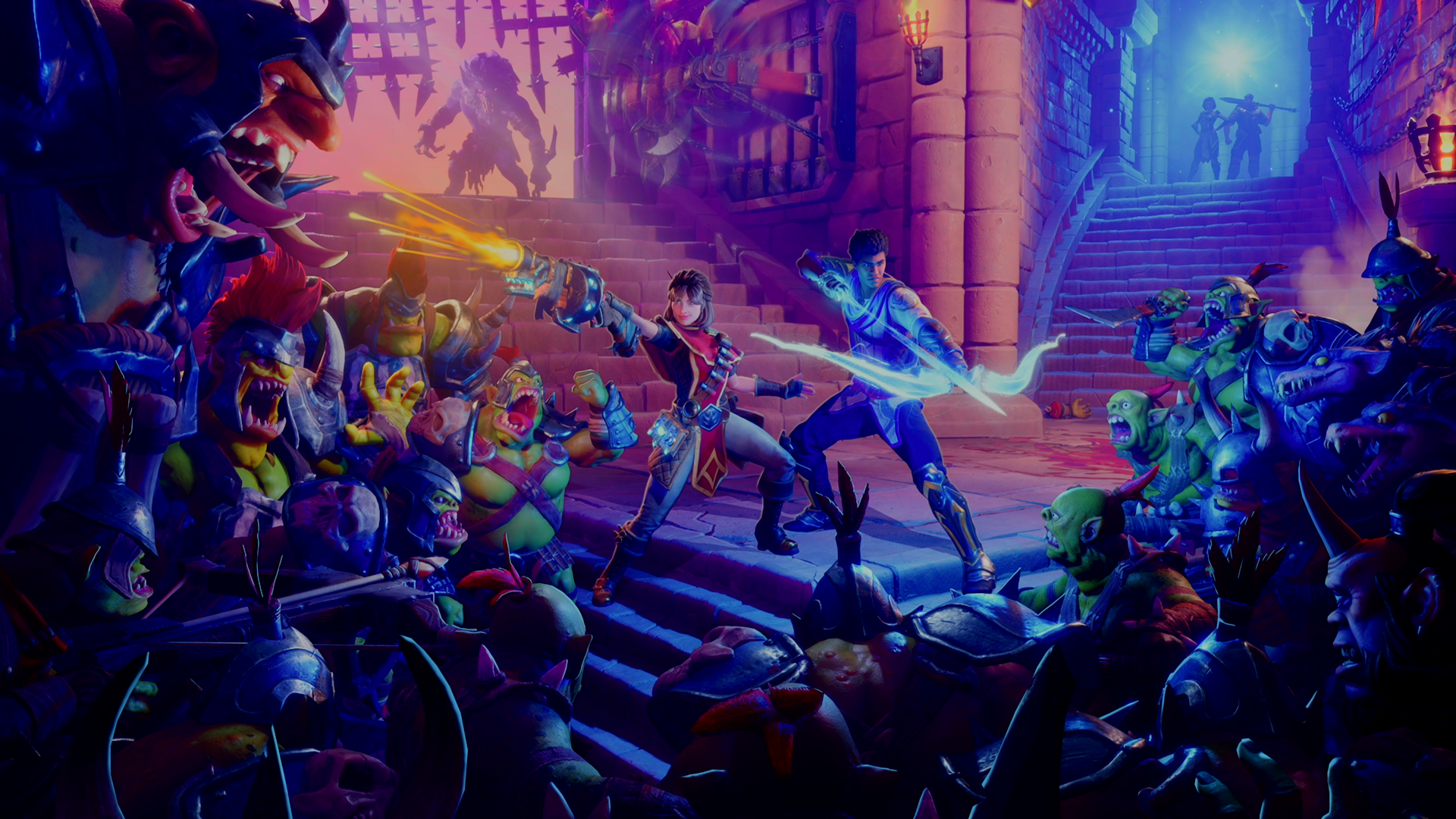 Certain franchises understand what players want and present it in a way that just works. Hoard modes play into the simplicity of just working to fight enemies, of which a large variety of ideas were created. Orcs Must Die! offered a different take, one that merged tower defense with the thrill of fighting off foes. It worked well, leading to Orcs Must Die! 3. In this adventure players get larger-scale combat and more options but will this make for a better experience or does modernization kill the charm?

As you might guess, there really isn’t much of a story in Orcs Must Die! 3. A series of offhand remarks and general musings offer about as much depth as you’d expect from a game about enemies storming locations that you defend. You want to know what is going on and why to which it’s slowly touched upon a variety of battles. That is, assuming you can defend your base.

Defeat as many Orcs as possible

For those unfamiliar with the franchise, Orcs Must Die! 3 is about using a wide variety of tools to stop various enemies like a tower defense game. Progressing in the story, performance, points, and more will unlock new devices, increase their power and even give them other advantages. It isn’t the type of adventure where the same tactic will work for everything, if anything, enemies are designed around anticipating player tactics and forcing a change.

Initial offerings include two types of spike traps, one wall dart, and the other floor used to defeat largely mindless orcs. Shortly after a small, fast-moving, type of orc is added that can set off taps without harming other orcs, that blindly dash to the defense point. However, players have tar traps to slow them down, either for traps to kill them or set them off themselves.

This is largely the gameplay loop of Orcs Must Die! 3. Get new weapons and fight more advanced enemies that either require these traps or force changes in tactic. Where it starts to stand out is the player portion.

Instead of simply relying on traps and mechanisms to overwhelm and defeat their foes, players can directly engage the enemy. Initially, players are given a bow or shotgun, depending on the player selected, with other characters having different weapons. As a result, it’s a far more engaging experience being able to slow down the fast orcs and then shoot them in the head or blast a foe that just so happened to get past your defenses.

Build defenses and fight to keep your portal safe

Online takes this a bit further, as now players can work together to defend different gates or take on a larger number of foes. This feeds into the thrill of the hoard mechanics, without making the focus survival, even if some later enemies attack and can kill you.

It’s easy to get into the moment, either dominating aside and feeling the joy of helping someone struggling or having fear wash over you as your defenses crumble. Players can even further this in weekly challenges.

What makes weekly challenges in Orcs Must Die! 3 interesting is how they’re implemented. Like most challenges, you’re given set rules, weapons, resources, and guidelines that you need to adhere to if you want to win. The unique aspect is there are currently 16 challenges, with the current one ending in six days and the next one starting on July 30. Not only can players see what the future holds, but these stages can also be “practiced” on. Ultimately, the weekly challenge offers a chance to be on the leaderboard for any given challenge. I can enjoy the current 16, it’s just my performance doesn’t count until the mission is the active challenge. This alone makes them a bit more accessible, plus allows some players the opportunity to make it rather difficult to place high on the leaderboard.

Currently, it does not handle HDR well

For all the good, there are some rough patches in Orcs Must Die! 3. The biggest, most apparent, is how HDR is handled. Where some games have issues getting it right through certain means or settings, it’s so poorly displayed that the opening splash with company names is extremely washed out and the colors have a washed-out blueish hue to them. Some stages also go from looking bad to looking outright awful. The picture above should give you an idea of how poorly it looks. At the time of this review there were notes of a hotfix and the version we reviewed, PlayStation 5, is currently being worked on.

HDR issues aside, fighting enemies yourself can be a bit on the tricky side. Fortnite’s all but forgotten Save the World campaign did things a bit better, making both sides equally viable. Players could build a death box, essentially a location that is so well constructed it practically eliminates every foe, or build a basic defense and go to town. While players can certainly finish off orcs that make it past their defenses, the aiming and overall controls aren’t at the level you can consistently stop orcs. It works well, just the aiming and overall resources are just not there.

At its core, Orcs Must Die! 3 is a fun game. Friends, family, or random people can get together and have fun working together to create the ultimate defense or just try to stay alive. While it does take some time to get going, it’s the type of game where if this is your thing, you’ll be pleasantly surprised. But, I would wait for the HDR issues to be fixed before checking it out.

[Editor’s Note: Orcs Must Die! 3 was reviewed on PlayStation 5 and a copy was provided to us for review purposes.]

Forces players to adapt and learn

Takes a bit for it to start going

It's a tower defense game first and second, with player combat being a distant third

[Rumor] PlayStation Plus Games for August 2021 Revealed by Sony

How to Defeat Nasar in Cris Tales