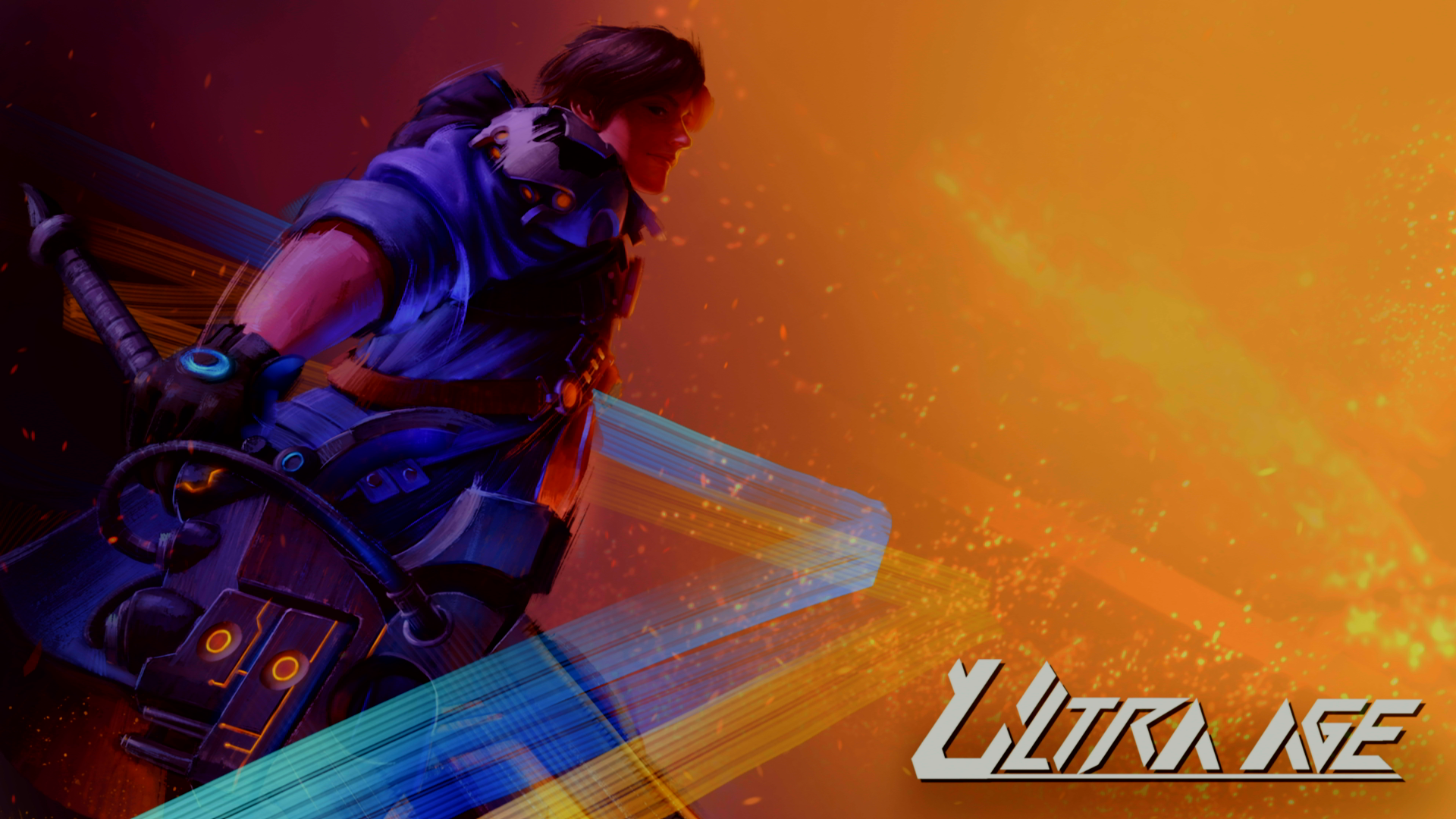 As games continue to evolve, certain experiences are becoming increasingly common. One such experience is the action hack-and-slash game with a wide variety of weapons. Even if a number of AAA games have defined the genre, indies can offer their own take on the concept. One such game is Ultra Age. Taking a page from Final Fantasy, Devil May Cry, and throwing in its own twists, it looks like a neat experience but is it worth playing?

Ultra Age’s narrative is in an odd place. It starts with an exposition dump on the characters and setting. You play as Age, a lower-ranking person sent on a seemingly basic mission with a robotic AI named Helvis. Eventually, you learn the mission you’re on is to obtain an old device that promises immortality, leading to more questions than answers.

Where Ultra Age really falls short is execution. As a big fan of B movies and things so bad they’re good, Ultra Age hits that weird spot where it is really just bad. This is largely due to three small factors that have a huge impact on the experience.

First, we have Age who, quite possibly, has the worst voice acting I’ve experienced. This includes over 800 PlayStation games, with experiences like the dodgy God Eater 2 dub, over 30 years of cartoons and anime, plus countless other games on different platforms. Part of what makes it so bad is Age has no sense of personality. In one scene Age says “don’t try to justify killing people!” with about as much passion and interest as someone commenting on the weather. It reminds me a lot of the complaints people have of Peter Dinklage’s work on Destiny.

Even if you can get over Age’s lack of emotion or interest in the situation, Helvis is an interesting name for a companion. Not to sound overly immature, Helvis, when said aloud, sounds very similar to the pelvis, which is the lower part of the torso. That, combined with lackluster writing, makes a number of scenes oddly comical. An odd choice in a story that is otherwise presented in a rather serious light.

A lot of events also have no emotional weight. Twists lose their impact when the characters seem relatively indifferent to the situation. Why should I care about the mission, organization, or anyone when no one in Ultra Age cares? It all makes for a bland experience that is hampered by equally weak combat.

At first Ultra Age tries to make the combat system seem interesting. You need to collect materials to create specific weapons, each of these weapons tends to do well against certain foes and your ability to maintain and select will determine how well you do. However, resources are plentiful and the system is often pretty rudimentary.

With the exception of lightning blades, I never once questioned my weapon supply. If I am being perfectly honest, I likely wouldn’t notice if the mechanic was there or not, usually a good sign it shouldn’t be there. Most weapons also tend to be good against either organic enemies or mechanical ones. A problem that really stands out when looking at the leveling system.

Despite having multiple weapons, an invested weapon, even if older, will often outperform a later one. There needs to be an effort to build up the new one to actually make it viable, often leading to a dedicated organic and mechanical weapon. From there you might build out the gunblade or claymore but even that depends on how stages are designed. Some weapons, like the charged claymore, have specific mechanics around them meaning Age needs to learn and use it overcompensating by using something else.

Similar to how weapons are oddly limited, similar things can be said about enemies. There are only a few actual enemies, excluding bosses, there are around 10, that compensate for a lack of effort with sheer aggression. Most enemies will blindly attack you like a seasoned gamer going after low-level enemies. Dodging can be effective, though it often requires less precision than you’d expect or an oddly overpowered parry.

After struggling to defeat the last boss due to multiple extremely aggressive attacks, I moved to use the claymores parry. Not only is the window so large, it trivialized this boss. Through mindless spamming, I was able to beat the final boss without a care in the world.

Even if this tactic wouldn’t work on every boss, the ones who can’t be bested by it are rather cheap and unenjoyable. A good number of fights are actually more mechanic-driven than anything else. I don’t mind fighting ads or dealing with laser, it’s just two sets of lasers moving at different speeds as another attack chases after you as you’re trying to damage a pillar isn’t particularly fun.

Come to the end, the gameplay just felt like a jumbled mess. There was a leveling system, though certain power-ups are significantly more useful than others. Weapons that largely locke you into play styles. Enemies that often border on the cheap over fun, with all the poor dialogue and camera issues you could ask for.

Unfortunately, I am not really sure who Ultra Age is supposed to appeal to. Instead of having its own voice, it often feels like the knockoff version of countless things that came before. It could overcome this by being silly and fun, except the story is presented in such a serious way with stiff voice acting it comes off more so sad. Combat also has the makings of something good, it just isn’t deep enough to make full use of the components and often can be overcome through repeatedly pressing buttons. Sure, it’s easy platinum, one I got in a couple of hours just playing the story but there are plenty of options that make for a better experience.

[Editor’s Note: Ultra Age was reviewed on PlayStation 5 and a copy was provided to us for review purposes.]

Camera aside, it performs well

Enemies have some neat designs

Some of the worst voice acting I've ever heard

Certain mechanics, like time shift or collecting resources for weapons have no real point

Parry can be exploited as a free damage skill

Star Wars: Knights of the Old Republic Remake Revealed for PS5 and PC