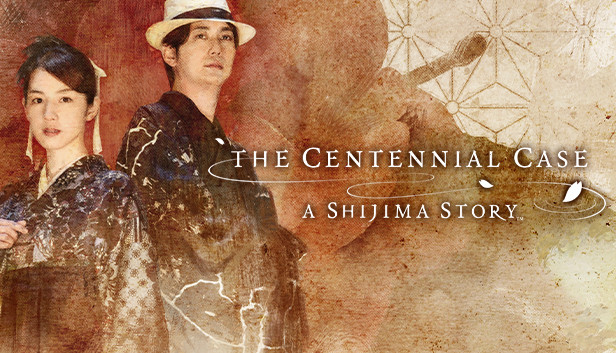 Sometimes when it comes to the video game industry, it can be tiresome to see the same types of games being released year in and year out. For example, how many times do we see the likes of Call of Duty and FIFA games on digital and retail shelves?

Thankfully, there are other developers out there that are trying to innovate. This is where The Centennial Case: A Shijima Story comes in. Even though this might be called more of an interactive movie, it’s still one of the most unique games I have played all year long!

The Centennial Case: A Shijima Story is like a long detective-style movie because the player has to solve several murder cases that span the length of 100 years. The murders are caused by someone called the ‘Scarlet Camellia’ and the crimes have taken place between the years 1922 and 2022.

The strange reason for the murders is that the Shijima family is always involved. This makes the family believe that they’re cursed, and they want to know why they have been targeted by the same type of killer for around 100 years. This is where the player comes in to find out what is happening and why this family has bad luck.

The main character of the game is Haruka Kagami and she’s a novel writer. Even though she is a writer, she is tasked by Eiji Shijima to investigate the Shijima family’s history and their connection to a special type of fruit called the Tokijiku. The murders are somehow also connected to the Tokijiki which is a fruit that gives the eater eternal youth.

At first, Haruka Kagami has to uncover the truth about a dead skeleton that has been buried in the family’s huge estate. After that, she realizes these murders have been happening for many years, and there is still someone out there causing havoc to the family in 2022! Bad luck even happens when she finally attends the family dinner as someone is poisoned and another man is killed!

I won’t spoil any more of the story, although I do like how everything is tied together. The story is unpredictable and I like the fact that it takes place over many different time periods. It’s not a type of story where you can easily guess what is happening all of the time.

Graphically, there’s not much else I can say about the game’s visuals. There is only one chapter that uses actual game graphics. The rest of the game is HD cinematics, although the production value is fairly high as the sets look beautiful. The best-looking set piece in the entire game is where you have to investigate a death in the Scarlet Camelia nightclub in 1972.

Once you watch the very long cinematic cutscenes, you do get a chance to do some investigation work. The game features a special type of hexagonal grid where you place clues into different categories. Haruka will have to decide where all of the pieces go in a puzzle-like form.

If you don’t know where some of the pieces go, you can have some clues throughout the game by pressing the L2 button. You can only do this a few times because it will be too easy for the player if you get too many hints on where to place the different pieces on the grid.

Once you have all the clues and evidence in place, Haruka will make her statement and she will try to accuse the murderer or criminal. This is where you can choose certain speech bubbles to make your case and catch the criminal once and for all.

However, there are some scenarios where the criminal will try to defend themselves and you will have to choose even more speech options to finally shut their mouths for good. Sometimes you have to rely on trial and error because you’re bound to make many mistakes during your investigation.

If you accuse the wrong person, the developers took the time to film some extra humorous scenes made to embarrass Haruka’s case. To be honest with you, I made a ton of mistakes in this game and it was very funny seeing the actors in the game question my wrongful accusations.

If you get stuck like I did sometimes, the game previews hints that you can see to know how to progress. It’s not a very hard game to play because of all the hints that you can use, although I can see some non-gamers being able to enjoy this game and what it has to offer.

Since this game has been made in Japan, the default option is Japanese audio with English subtitles. You can however choose the humorous English dub if you want to have a laugh. The English dub is horrendously bad and reminds me of the old Jackie Chan movies I used to watch as a kid!

Even though I enjoyed the uniqueness of The Centennial Case: A Shijima Story, I don’t think this is a game that will appeal to the masses. For those of you that don’t like long cutscenes, then this is a game that you may not want to play. There isn’t much ‘gameplay’ involved for those that like a more hands-on experience.

Another thing that might bother some people is that this game only has one true ending. There aren’t multiple endings that you can unlock for you to warrant multiple playthroughs. Not to mention the game is also kind of short because there are only six main chapters.

Aside from the short length and lack of replayability, The Centennial Case: A Shijima Story is still a fun game to play. The story is excellent and the small amount of gameplay is different and unique. If you want to play something unorthodox, you should pick up this game.

[Editor’s Note: The Centennial Case: A Shijima Story was reviewed on PS4 and a copy was provided to us for review purposes.]

Game is helpful with hints

Game is quite short

How to Beat Evil Dead: the Game's Mission Mode