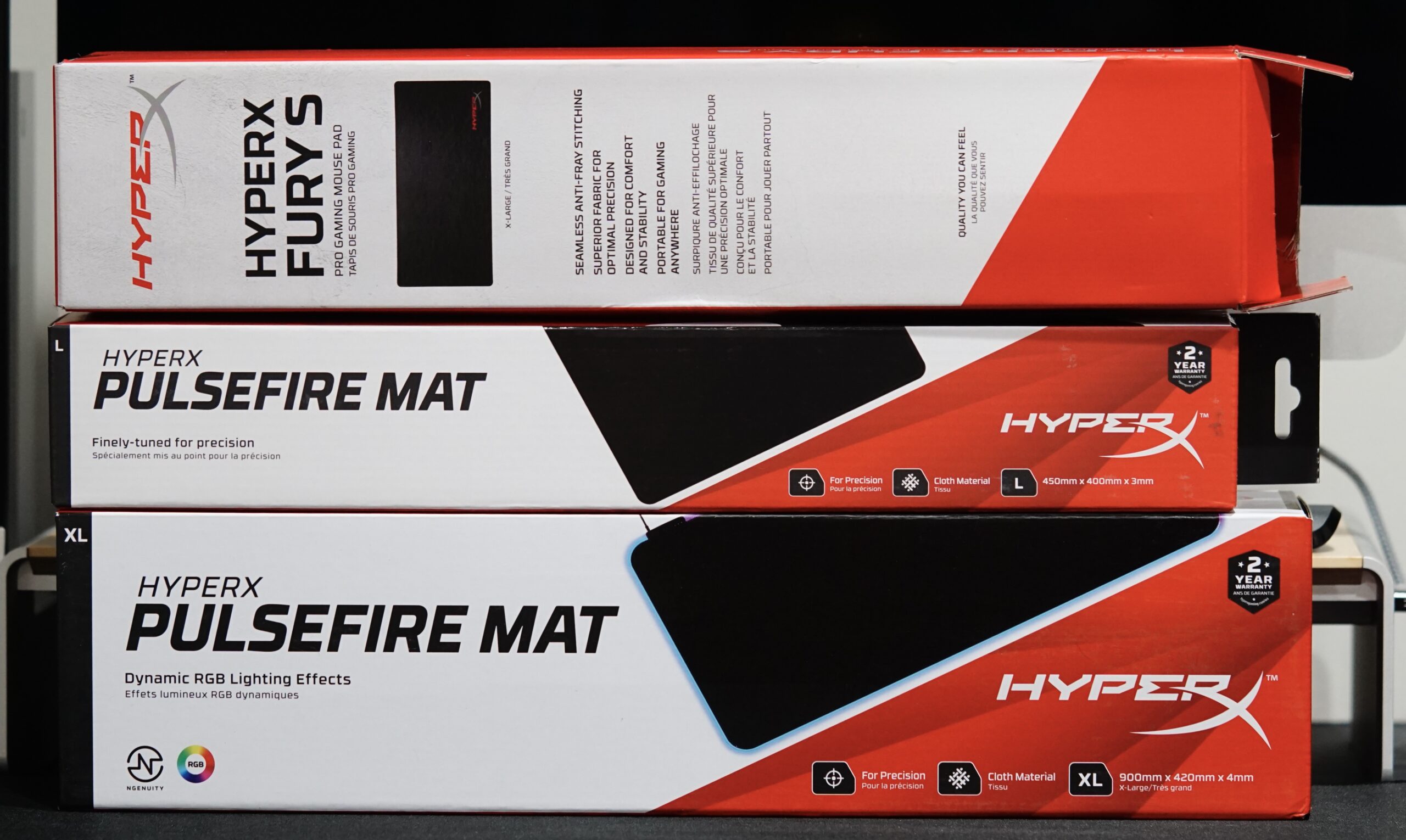 There are a lot of considerations that go into most accessory purchases. Many of these are not considered at the time or have unintended consequences. For example, HyperX, SteelSeries, and Razor all have different shapes and sizes for their medium and extra-large mousepads. The 10 to 40mm difference might seem small, though there are all kinds of considerations. In my case, it’s my monitor stand, which impacts how much desk space I have. While questions like that are more personal, there are many things that will change, like texture, matting and approach. HyperX was nice enough to let us try out their new Pulsefire Mat and see if it’s a great item for gamers or something that you might want to avoid.

Similar to the RGB version of the Pulsefire Mat, the standard version features HyperX’s more modern design. It’s a lot cleaner than the old look, with simpler comments over long explanations. This makes it really easy to pick up and understand, without trying to overcomplicate a relatively simple product.

Upon taking Pulsefire Mat outside of the packaging, it features HyperX’s standard rubber dot button. Having used a good number of HyperX products with the design, it works extremely well at staying in place, even when some force is applied. While minor, I was delighted to see the pictures were accurate and it uniquely features a red thread with a black rubber design like pictured online. This is different than the solid black on their RGB version, Fury and even wrist rest. It gives the product a bit of flair, in a way that appears to others. This is also one of the more interesting choices with the Pulsefire Mat.

The old Fury mousepads came in two versions. A rather elaborate red ring design and the logo against a solid black background. Pulsefire Mat removes most branding besides a small tag in a single corner. It’s a small choice but one that will likely appeal to many people out there.

Just like the RGB version of the Pulsefire Mat, HyperX opted out of using the more traditional silky smooth cloth texture. It’s a bit more coarse to the touch that offers a bit of resistance. Having used the RGB version for months, I can also confirm it doesn’t change over time. The benefit to this texture is having a lot more control over mouse placement. While the silky texture might feel nicer to touch, it’s slick and more prone to your mouse gliding too far. At smaller DPI levels the difference is marginal, though that might be the difference between winning the game and missing by a mile at 16,000. Naturally, anyone used to the other material might have a slight learning curve, but for many, it will be a seamless transition.

In terms of performance, HyperX did a good job with the Pulsefire Mat. It won’t appeal to everyone, though it can help with mouse control and up your game. In addition to that, it’s well constructed, which should last a good amount of time before seeing some wear. So if you’re looking for a mousepad that stays in place and helps keeps things in place, it’s a solid choice.

[Editor’s Note: HyperX Pulsefire Mat was provided to us for review purposes.]

Simple design allows it to blend into the background

Coarse feel won't appeal to everyone