The Cruel King and the Great Hero Review 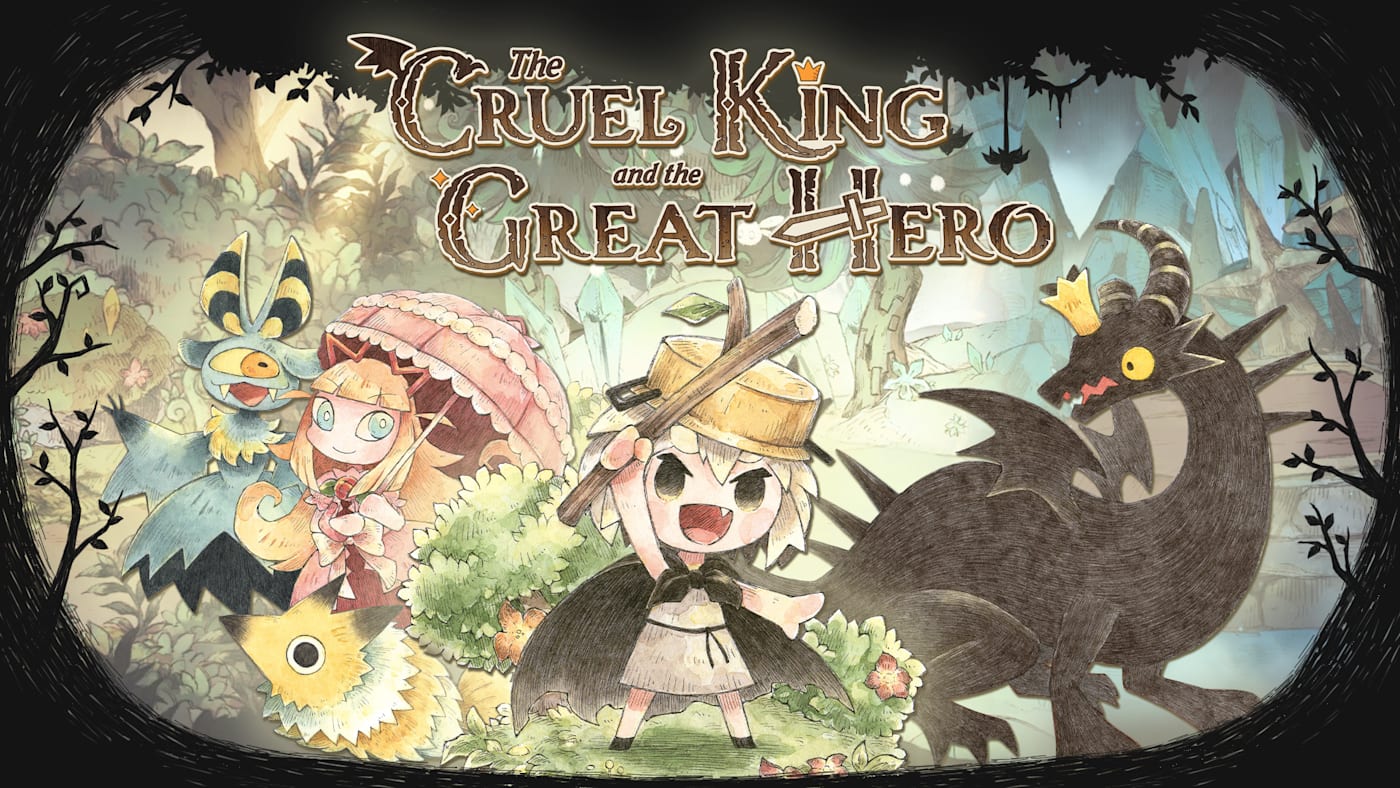 Nippon Ichi Software (NIS) is probably best known for Disgaea. The satirical take on the RPG genre worked really well, with enough humor and content to dominate your month. Some of their later ventures have not been as successful until recently. With new franchises exploring different topics and gameplay experiences, NIS is heading in an interesting direction. With their latest effort, The Cruel King and the Great Hero, by the people who did The Liar Princess and the Blind Prince, looking to take the storybook format in a new direction, it has fans interested. With a cute protagonist and whimsical enemies, is it a must or does it miss the mark?

The Cruel King and the Great Hero is an interesting take on the current NIS style. It starts by telling two rather distinct stories. Yuu, the young girl, is your standard child growing up story. It’s framed through her quest to follow in her dead father’s footsteps as a great hero, something that is often framed as helping others over defeating foes. The other story involves The Dragon King, which is partially about what it means to be a parent, giving up for your child, and things in that ballpark.

What makes the story work so well is how everything is presented. There is a certain sadness that slowly permeates through Yuu’s journey. Early chapters have fun details like you can see The Dragon King follows Yuu, his delight when she wins a battle and even secretly aids her in battle. Perhaps my favorite detail is her flame slash skill. Instead of Yuu making flames from her sword, there is a small animation where you can see The Dragon King doing it to her delight and in instances where The Dragon King is not present, the sword does not burst into flames, with Yuu showing surprise before doing it attack anyway.

Before revealing too much, it’s a good adventure. I wouldn’t say it’s their best story, that honor would probably go to Labyrinth of Refrain, though easily better than you’d expect. It does a fantastic job of sucking you in and leaving you wanting more. That is, assuming you can get to the end.

An Example of The Dragon King Secretly Helping Yuu

Having played a lot of turn-based RPGs, especially ones published by NIS America, The Cruel King and the Great Hero is in a rough place. To be perfectly honest, there really isn’t anything special about the combat system. There are normal attacks, special attacks, status ailments, items, the ability to flee and a small number of equipable items. Perhaps the only unique concept is the ability to release foes, a skill that allows a weakened enemy the chance to escape or take that opportunity to attack you.

Even without reinventing the wheel, it can be a rather inconsistent experience. With no visible levels, health is displayed as three hearts of undetermined value, it falls on Yuu to just figure it out. Normally there isn’t an issue, though there are certain enemies that just break things. For example, you fight Gloomy Raccoons and Stealthy Hooties in the same area, but they have wildly different stats. The former is a fearsome glass canon, one that will summon allies and slowly overwhelm anyone without a special attack, with the latter being a fairly normal enemy.

Two Enemies in the Same Area

What makes this an issue is that there is no easy way to know or really anticipate these issues. You might want to save your special for Gloomy Raccoons, except that won’t help you if other enemies overwhelm you. It also encourages only facing certain enemies, as four glass canons can beat your team faster than a krab that mostly plays a defense game. Though it sucks playing leveling, having the best gear, and then losing because the AI decided to have four extremely high damage enemies overwhelm your damage dealer.

Bosses are also a bit of a miss. None of them are particularly hard, not even the final boss, they’re just along with their own set of problems. One thing that threw me off is certain status ailments don’t have a timer. Poison, flames, skill lock, and things of the like will persist throughout the battle unless you intervene. With certain bosses being able to inflict three or more at once, it doesn’t take long to die to chip damage or spend so much time on defense that you slowly bleed resources, cash and either die or barely survive.

It doesn’t make for a thrilling experience, especially when you’re largely fighting without really knowing when or if you’re near the end. Certain fights can also be brutal in the sense the wrong move at the right time can result in your death.

I don’t think I would find this too much of a problem if it matched the rest of The Cruel King and the Great Hero, it just doesn’t. A quest might be going to another area, talking to someone and collecting a reward, or defeating a now low-level enemy for a drop. It’s unfortunate and something that will put some people off.

Combat aside, exploration is a lot of fun due to the art style. Seeing how various animals, locations, and settings are portrayed is a lot of fun. The storybook look and whimsical designs make even bland enemies like bears have their own charm. Plus, the visuals really bring the themes to life, be it the opening or even the ending.

The Cruel King and the Great Hero Review Verdict

The Cruel King and the Great Hero is basically a great story with lovely visuals held back by mediocre gameplay. For some this won’t be a problem, as the story is legitimately gripping and interesting throughout, it can just feel like a slog to get through. I would personally say there is enough good to warrant checking it out, it just simply won’t appeal to everyone.

[Editor’s Note: The Cruel King and the Great Hero was reviewed on PlayStation 5 and a copy was provided to us for review purposes.]

The Cruel King and the Great Hero

Gripping story that quickly sucks you in