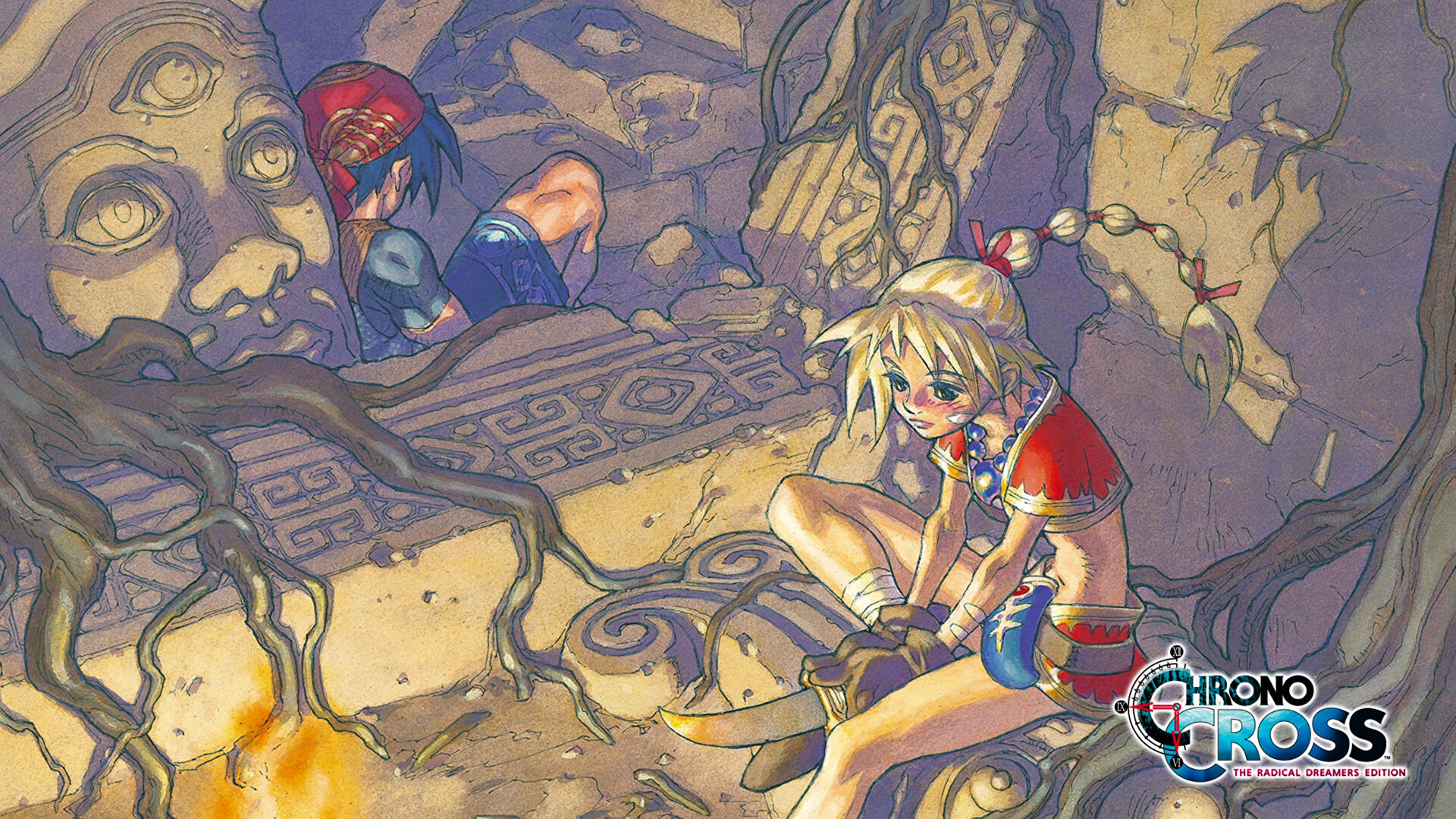 Unlike television, movies, and especially books, revisiting older games can be rather difficult. Not only are some games difficult to find for one reason or another, many didn’t age particularly well. This extends beyond looks to things like gameplay loop, understanding how to progress, difficulty or just speed. For these reasons enhanced rereleases can be extremely helpful in allowing a new generation to see what previous generations were talking about. The most recent is Chrono Cross: The Radical Dreamers Edition, building on what is considered one of the best games on the original PlayStation. With some understandable hype, will it make fans happy or does it fall short of the original’s legacy?

Chrono Cross: The Radical Dreamers Edition begins in a weird location, quickly building to a moment where you wake up and are in a simple village. Initially, there are a couple of basic tasks to complete, a cute conversation about your future before things start to become more complicated tales involving time travel, weird creatures, and mysterious forces.

To this day it remains a compelling narrative, one that is well worth exploring. For some, it might start a little slow, but once Chrono Cross: The Radical Dreamers Edition starts moving it builds to an adventure that makes it one of SquareSoft’s best. This continues in the novel Radical Dreamers, an absolute must for fans of the original.

Despite the age, Chrono Cross: The Radical Dreamers Edition aged surprisingly well. Combat is turn-based, with players being able to use magic or multiple attacks between turns. Every attack has a hit chance, with the goal being to look at the chance of hitting and making calls to do the most damage possible. It’s a nice system, as is the ability to see enemies. This allows you to avoid them or rush towards the next battle if you want.

Since the original game is rather slow, players can increase or decrease the speed to deal with any situation. Initially slow might not make a lot of sense, it’s extremely useful for things like jumping on the enemy for the Komodo Scale or anything that requires a bit more precision. Even in some cases, it’s just capturing the perfect picture. Of course, most of the time you’ll probably go faster as it makes things feel a lot sleeker than the default speed.

Even if there are some improvements, the core experience is intact. Players still need to figure out what is going on through dialogue or ask questions until the path is revealed. It keeps the most memorable parts intact, with the only real change in terms of progression being easier combat or ways around it.

In terms of graphics, the experience is an interesting take. The original cutscenes are unchanged, something that might disappoint some due to the lower resolution. Stages are also relatively unchanged, with characters and dialogue given a slight improvement. It still looks and feels like the original, just without looking as rough. Overall I’d say it’s a good balance, though obviously, it won’t appeal to everyone.

An Idea of How the Original Videos Look

Where things get iffy is performance. Things absolutely move slower than you’d expect, even on something like PlayStation 5, with frame drops and sluggish details being pretty common. Graphical glitches also weren’t particularly uncommon. Both of these things make Chrono Cross: The Radical Dreamers Edition feel like it isn’t up to current standards and something that will absolutely not sit well with most players.

Overall, there isn’t much to say about Chrono Cross: The Radical Dreamers Edition that isn’t already known. The new stuff added to Chrono Cross: The Radical Dreamers Edition helps make it a lot more playable by today’s standards, with some really helping the overall experience. This, coupled with the legacy of the original is enough to see the value in (re)visiting the classic. It’s a shame performance wasn’t that great, though, given the accessible price and other changes, I would say it’s still worth considering.

[Editor’s Note: Chrono Cross: The Radical Dreamers Edition was reviewed on PlayStation 5 and a copy was provided to us for review purposes.]

Several changes modernize it without taking away from the experience

Fantastic narrative with a lot to see

Combat is fun, especially for an older RPG

Performance could be a lot better

Sometimes it really shows its age