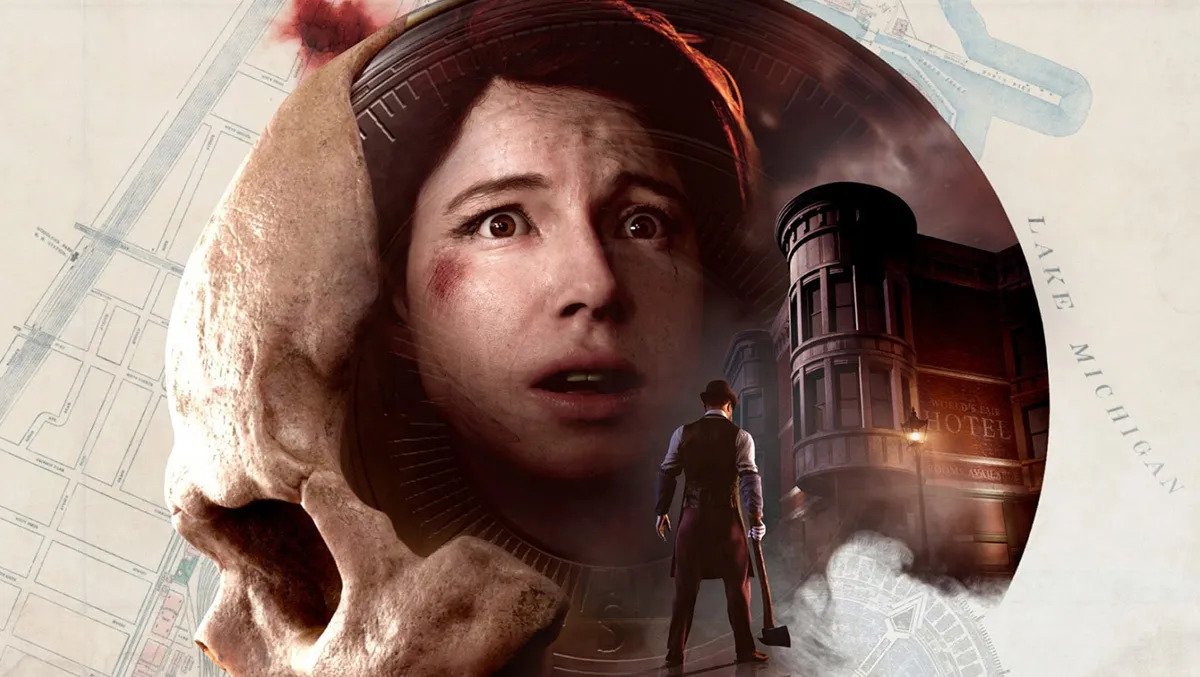 Developer Supermassive Games is the master in decision-based horror video games. Some of the games that I have enjoyed from the developer include the likes of Until Dawn, Man of Medan, and more recently The Quarry.

Even though most of their games fall into the horror genre, I actually found them very humorous to play. This is because you can play the games more than once and discover new storylines and outcomes. The stories themselves are funny and cheesy too.

Knowing they are onto a winning formula, Supermassive Games has once again released yet another horror game this year. The newest release is called The Dark Pictures Anthology: The Devil in Me and is now available for most gaming platforms.

The game starts in an exciting way as we are introduced to a real-life murderer called Henry Howard Holmes (no, he’s not WWE’s Triple H). Mr. Holmes is a serial killer, and he has a special place to kill people called a Murder Hotel. These events occurred over 100 years ago, but many people have not forgotten what he did.

After completing the prologue, the game now takes you to modern-day October 2022. A group of documentary filmmakers is invited to check out a replica of HHH’s Murder Hotel, but this time it’s a Murder Castle. While the group thinks they’re making a documentary, they have actually been invited to be killed!

The five characters that you can play as include Charlie, Kate, Mark, Jamie, and Erin. The most exciting part about decision-based video games is the fact that there is no plot armor for any of the main characters. It’s possible for the characters to die early on in the game or for everyone to die at the end.

If you somewhat get a crappy ending, the cool thing is that The Devil in Me offers a lot of replay value. If, for some reason, you killed off every character in your first playthrough, you can play through the game all over again to see if you can get to an ending where everyone survives or something like that.

Regarding gameplay, The Devil in Me combines cutscenes, QTEs, exploration, and puzzle-solving. You may not want to play this game if you don’t like watching a lot of dialogue scenes. The cutscenes aren’t skippable, and you may have to decide what a character does or say during them.

You will also have a limited time to perform quick-time events. If you continue to press the wrong button at the wrong time, this can prove to be fatal to the character that you are currently controlling. You must press the buttons correctly if you want to see a specific character survive.

There are also several segments of this game where you have to control your character by walking around the Murder Castle. Like other Supermassive Games developed games, walking the characters feels awkward and slow. For some reason, each character moves like a stiff dummy!

To try and vary the gameplay, The Devil in Me includes a jog button for the first time. You can also climb and vault over ledges while you’re exploring the creepy castle. I feel the developer purposely makes the characters move slowly so you don’t miss out on clues to solve puzzles and open locked doors.

Visually, The Dark Pictures Anthology: The Devil in Me isn’t the best-looking game I have played on the Xbox Series X console. The character models look fine, but the animation is stiff, and the Murder Castle is dark and boring to look at. The Quarry had better graphics than this game.

While one playthrough of this game can only last around seven hours, you can play the game multiple times if you want to see all the scenarios and decisions you may have missed. This means you can get up to 21 hours of gameplay if you’re going to 100 percent the game and see all of its good or bad endings.

That being said, I still think The Devil in Me is, sadly, the weakest entry from Supermassive Games so far. The story isn’t as engaging, and the characters aren’t as attractive as they were from other horror games of this genre.

Not to mention I didn’t laugh or have a fun time playing this game. I had more fun playing The Quarry and Until Dawn, as those stories and characters were funnier and more interesting to me.

The Dark Pictures Anthology: The Devil in Me Review Verdict

While I did enjoy some parts of The Dark Pictures Anthology: The Devil in Me, the story and characters were dull and uninteresting. This game has a lot of replay value, but the overall game wasn’t as good as other games of the same genre.

[Editor’s Note: The Dark Pictures Anthology: The Devil in Me was reviewed on Xbox Series X, and a copy was provided for review purposes.]