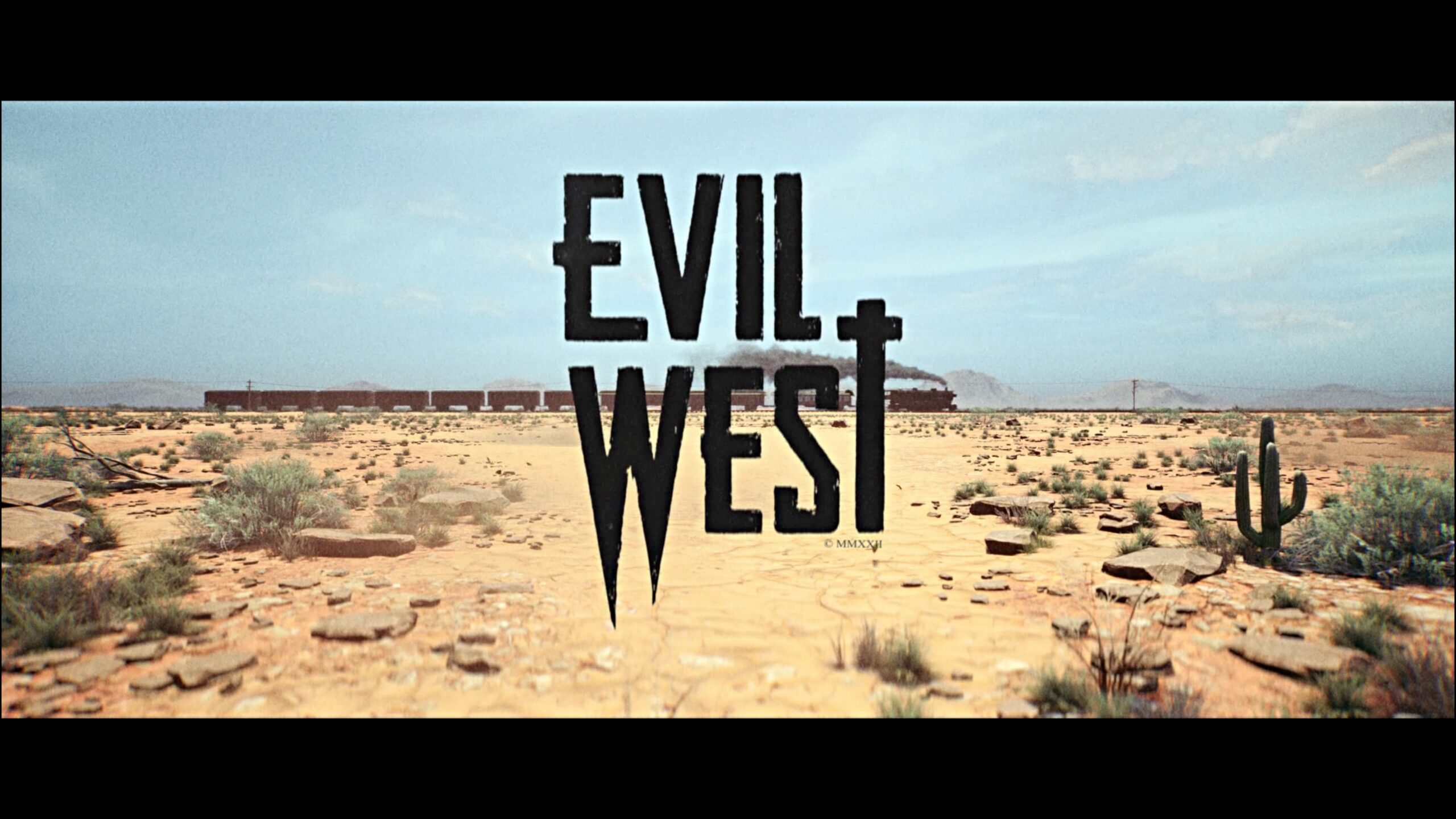 It was an interesting choice to have Evil West release on the same day as Gungrave G.O.R.E. Both titles attempt to capture that manic spark that was common on the PlayStation 2 with over-the-top action and violence. Where the two differ is the approach. With a more modern spin, coupled with a unique weird west adventure, it has the potential to be something truly special. However, given so many titles fall short in the grand scheme of things, is Evil West a sleeper hit, or is it better left for dead?

Evil West takes place in an alternate version of the old west. While elements of our timeline are present, it’s a strange world with fantastic inventions and supernatural enemies. Seeing human’s gradual increase in technological power has a vampire family worried, resulting in a narrative to stop this new threat.

It’s an interesting story in concept, but the narrative often veers more toward a pulpy style of storytelling. Characters will make snappy one-liners, and scenes often have a bit of comic relief, with all of this often taking a backseat to a shootout. As a result, Evil West relies more on gameplay, which is easily its strongest point.

Following a brief introduction to the world and your tools, players are introduced to the combat system. At first, it seems pretty straightforward. There is a melee attack, later you get a pistol, rifle, and shotgun, along with a gauntlet and more to deal with this ever-present threat. While combat sections can be overwhelming, Evil West makes up for it with options and fluid mechanics.

Basic enemies can be electrocuted, uppercut, flung into objects, and more as you work through a wide variety of mobs. Larger enemies offer a bit more bite, though you can still hold your own by interrupting their attacks with a devastating kick, or shocking block. It makes things fun since players are more restricted to their approach than the situation. Sometimes you’ll want to hold an enemy off with a well-timed block, with other situations calling for guns blazing. There isn’t a punishment for either approach, though most situations are easier with a bit of pizzazz. Finishing an enemy with a swift uppercut into some spikes or explosives is far faster than merely blasting them until they call it quits.

To even out the experience are a wide variety of enemies. Even though melee enemies can easily be dispatched with either bullets or fists, ranged enemies offer their own mechanics as well. Not only are players rewarded for hitting things like a headshot, complete with blowing their head clean off, but there will also be weak points during certain critical moments. Blasting these will stun, or in some cases blow the enemy away with far less effort. There are also skills/abilities that further things like this, such as refunding bullets, making them extremely important for survival.

All of these elements come together in such a way that players feel like they have unlimited options. It makes everything feel fresh, even if the enemy arrangement can be a bit overwhelming at times. Thankfully, bosses are more about the fundamentals, so it’s an adventure where the mobs are often scarier than the bosses themselves. Not to mention, a number of upgrades can turn the tides, making it a lot easier to keep punching and shooting through the seemingly endless waves of foes.

Despite the enjoyable combat, exploration is one of the weaker points. Even though levels are largely linear, there are plenty of side paths for resources and collectibles. What makes these rough is two simple things. The first is the correct path isn’t always obvious. Sometimes you’ll think going forward instead of left is right, whereas the other way gives an additional reward. Normally this wouldn’t be a negative, except moving forward often blocks the other path. I can’t go up to the NPC, figure out this is the right path and I want to go the other way because now there is an invisible wall preventing me from entering the previous area. Some sections have alternate paths to the correct location that are accessible after progressing, though it sucks making the wrong choice and losing out on a cosmetic, cash for upgrades, or something else entirely.

What Players Can Expect from Multiplayer

In addition to this, while Evil West supports online, it’s the latest in a long series of games that restrict the process for the second player. As nice as it is to play with a buddy, it sucks helping someone beat the highest difficulty or just progress forward, with the knowledge others won’t benefit. Sure, it’s better than nothing, though unfortunate for anyone looking to co-op with a friend or has an easier path to the trophy/achievements without multiple runs.

Evil West is exactly the type of stupid fun that helped build gaming. Some players will be put off by the wide array of options, coupled with a sizable number of mobs, but those who it resonates with will likely love it. Add in an amusing story, an interesting-looking world, and upgrades that further the best parts, and you have a winner. This makes it an easy choice for anyone looking for mindless fun with a bit of bite.

[Editor’s Note: Evil West was reviewed on PlayStation 5; tested on PC, and a copy was provided for review purposes.]

Combat is engaging and filled with options

Plenty of flashy ways to kill someone

Co-op not retaining progress is unfortunate