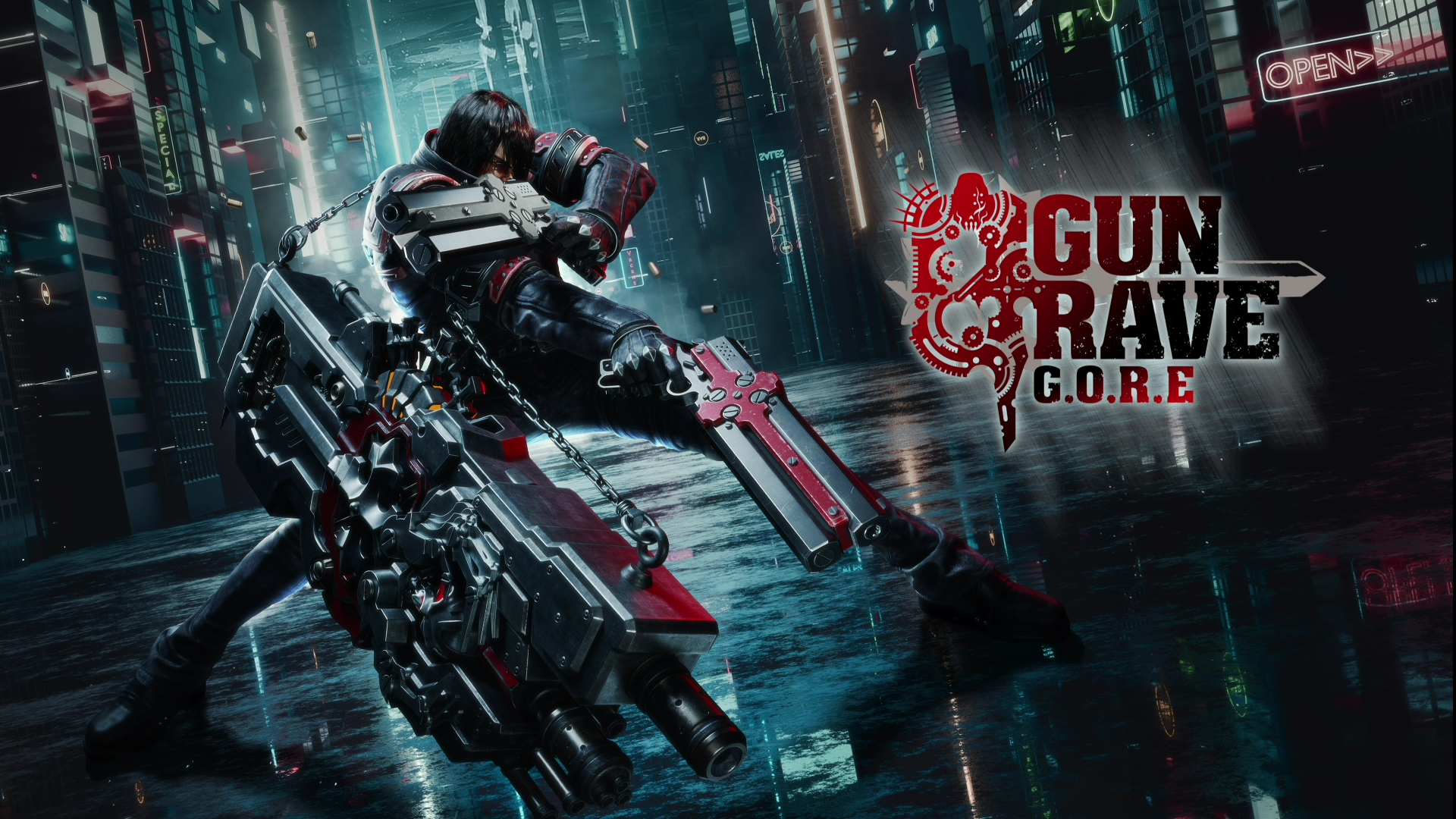 During the PlayStation 2 generation, several games that wanted to explore style came out. With consoles finally getting powerful enough to showcase worlds, several flashy, exciting, and unique titles were released. Among the most notable was Gungrave. With Yasuhiro Nightow, best known for creating Trigun, creating the characters, along with an anime that further expanded the world, it was a series that made some waves. Over the years, very little was done with the franchise until Gungrave G.O.R.E was announced. With excitement for a cult classic making its blood return, can it capture the original spark, or was it better left dead?

Gungrave G.O.R.E starts with a brief introduction to the world. Basically, there is an evil crime organization led by four noteworthy leaders that you need to work together to stop. After the introduction, the narrative takes a backseat to sending Grave to various stages/situations that require grit and determination to overcome.

Some Enemies You Know Will be Powerful

I appreciate the effort that went into making Gungrave G.O.R.E feel like the original titles, but they were far from perfect when the original was released. Many of the same negatives are present, with them being more noticeable due to how much gaming has evolved.

Almost immediately, you’ll notice Grave slowly lurches forward as enemies appear en mass for the opportunity to kill him. Players are given an impressive array of skills to overcome these threats, though it doesn’t take long for this experience to grow stale, followed by frustration.

Most of the time, Grave shoots his guns and kills whoever gets in his way. All you need to do is point in their general direction, and they’ll die. To break things up, there are melee attacks, special moves, finishers, plus the ability to use an enemy as a shield as they hopelessly try to kill you. At first, this is a lot of fun, though this leads to one of Gungrave G.O.R.E’s most significant issues, variety.

Instead of creating levels encouraging players to explore their tools, Gungrave G.O.R.E chooses to limit options. Many enemies can’t be grabbed; most situations discourage and limit melee attacks, along with several sections having creative ways to further control how players approach an area. As a result, most stages come down to Grave slowly walking around and shooting mindlessly until every enemy dies. This could be fun, except Gungrave G.O.R.E’s approach to level design is almost shamefully inadequate.

First and foremost, levels offer a surprising amount of exploration. There are hallways, optional paths, unused corners, and more that have no reason to exist. With nothing to find, optional fights to locate, and score, including time, Gungrave G.O.R.E feels like a rail shooter without the luxury of a rail. Along with the rough-level design, encounters often feel incredibly frustrating.

Trial and Error is Always Fun

To help understand the issue, I uploaded the last section of the train level on hard. What makes this section stand out is there is nothing redeemable about it. The signs, which can be used to kill enemies, can damage you if you decide to finish enemies off. Grabbing an enemy also removes your ability to jump, so you must be aware of that before grabbing anyone. To reflect rockets, you must be stationary, on a level where you can fall off the edge and die instantly. If that wasn’t enough, the notification you need to jump to avoid obstacles appears after that section is over, making it pointless.

In addition to all of these negatives, this is one of many sections that rely on time restrictions. This is one of the most common design choices to increase difficulty, making sections quite frustrating. While this is not as strict as others, deceptiveness is arguably a bigger problem. Most of the section is not timed. Getting to specific points causes signs and barriers you need to jump over to appear. Enemies also appear at set locations, so there is no need to rush. The section becomes timed shortly after the marker notes 100 meters before you hit a tunnel. What makes this a problem is the same thing that makes most timed sections annoying; it’s an esoteric element that you’ll mess up multiple times before figuring it out.

Bosses Can be Pretty Interesting

There is nothing enjoyable about slowly moving and crashing into a wall like Wile E. Coyote, nor are the runs where you kill yourself by trying to rush it. Eventually, it becomes a battle of trial and error, where you must figure out the right tactic to overcome it. Even this could be fun if these elements were presented better. The bombs at the end of the car exist to slow you down, with any of them exploding, ensuring failure. There are also enemies you don’t have much time to deal with, along with plenty of other things that need to go your way to be successful.

The other difficulty mechanic is the enemy arrangement. I’ve already covered some of this, but the other part is a haphazard approach to enemies. For example, on another level, you need to fight close to 200 enemies in an open arena that includes multiple chain guns, rockets, and more. It isn’t fun stopping to reflect a rocket and losing your shield to gunfire, nor is it fun walking around as enemies slowly overwhelm you. These sections can be overcome with proper planning, tactics, and a good understanding of Grave’s skills; it’s just far from a good way to get there.

In many ways, it highlights where games like Elden Ring have succeeded. The tough but fair approach makes every failure preventable, whereas it’s hard to feel like every mistake was preventable. Opening doors to enough gunfire to think the John Bly gang was waiting, audio cues delayed to the point where you might be dead before hearing the warning, to just having to fail enough times to find the right tactic. There is a place for it and a group of players that will love it, but that probably isn’t most.

Gungrave G.O.R.E makes the same mistakes as Josh Journey. The fun gameplay is lost in seas of unenjoyable sequences, bad mechanics, and limiting gunplay. Despite this, fans of the original might appreciate revisiting an experience similar to the originals, though most will probably be turned off by one frustrating mechanic or another.

[Editor’s Note: Gungrave G.O.R.E was reviewed on PlayStation 5, and a copy was provided for review purposes.]

The concept, when you can really enjoy it, is actually pretty cool

Not only does it support Japanese and English voices, you can opt for Korean too

Stages often limit how players get to play

So many timed sections

Enemy arrangements can be brutal

You can explore, but there is seemingly nothing to find