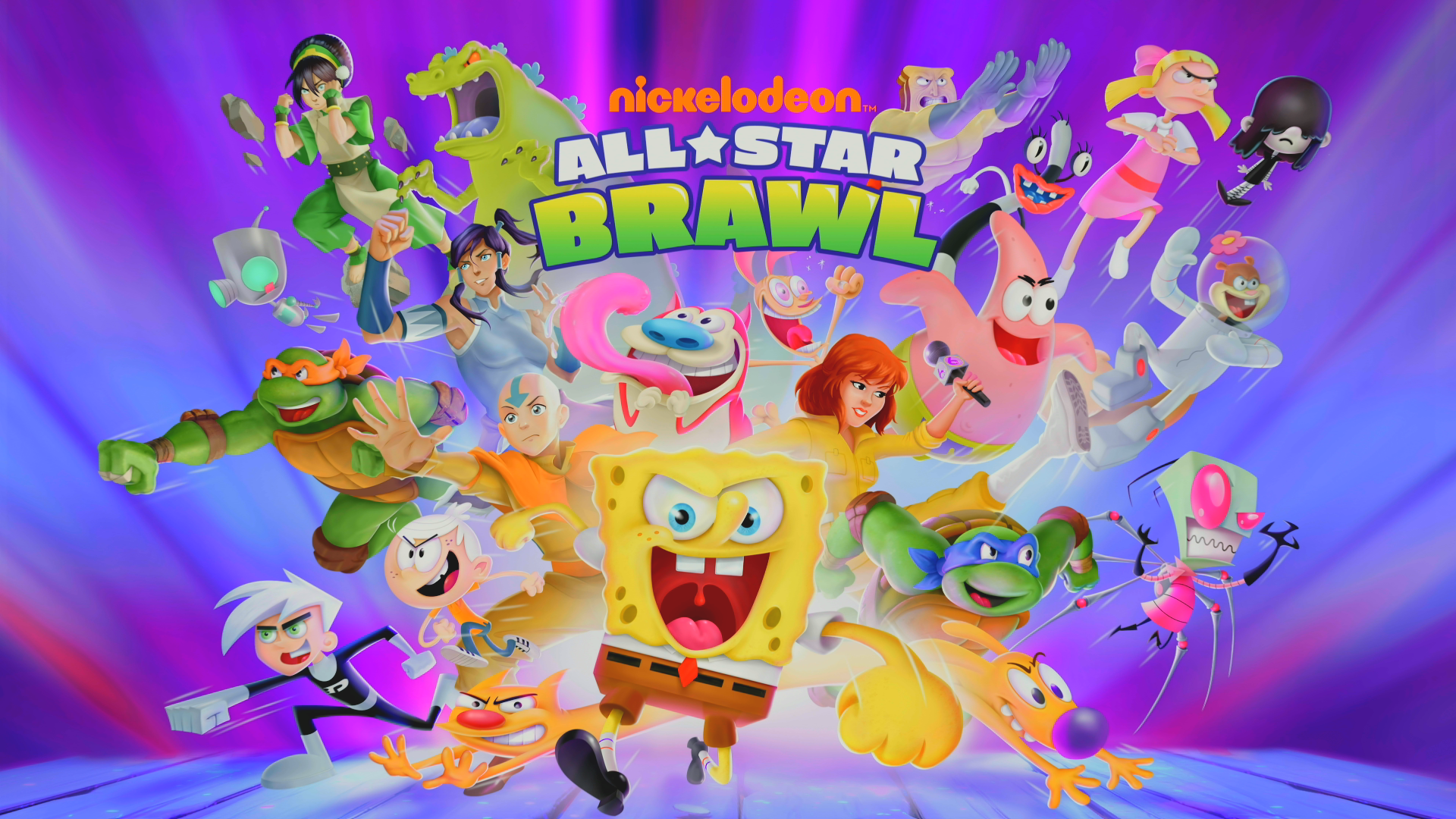 Crossover fighters are one of the oldest concepts around. Be it SNK, Capcom, the ever-popular Super Smash Bros., and many others, the appeal is rather simple. It gives players access to a lot of popular characters, in a setting that is competitive without taking away from what makes them unique. The latest, Nickelodeon All-Star Brawl, was a surprising announcement that included a good number of delightful choices. Be it a kid, teen or adult, a good number of characters over Nickelodeon’s 30 or so year history are present. With representation from so many beloved series, is it the next big thing or does it fall short?

Unlike most of these games, Nickelodeon All-Star Brawl doesn’t even attempt to explain the situation. Aang, Lucy Loud, Powdered Toastman, Nigel Thornberry, and the rest are fighting because that’s what they do. It isn’t a terrible reason, just one that takes away from the situation or the accompanying arcade mode.

Instead of explaining what is going on, players get a brief statement from each character before the match, followed by either the next fight or picking between two different matches. It’s pretty hollow, then again, Nickelodeon All-Star Brawl feels hollow in general.

Outside of the arcade, there are stocked, timed, sports, training, and online matches. Before getting into combat, sports is just soccer set in a normal match. You can fight other players, but instead of worrying about life/performance, you need to move a ball through a goal. Different balls have slightly different mechanics, though the core experience remains unchanged. Most within a period of time win.

Due to limited modes, weak arcades, and online, a big part of the experience falls on gameplay. In this category, Nickelodeon All-Star Brawl does a surprisingly good job. Every character has the basic moves you’d expect from Super Smash Bros. There are attacks that can combo, cause tricky problems, launch or just do a lot of damage. Mind you, the depth isn’t as great as others but there is enough where it’s clear each fighter has their own thing going on.

For example, Powdered Toastman has an easy combo, with a powerful punch to launch foes. Reptar does devastating hits, with a flame blast that will literally blast you off the map. It makes for fun matches, even more so if you notice all the subtle nods to their source cartoons, it just lacks the magic found elsewhere.

Part of what made Super Smash Bros. so fun was varied combat situations. You might be winning, someone gets a hammer causing the tables to turn. Here, there are no items. Either you have the skill or tactic to win or you, well, don’t. This, combined with some small missing elements really take away from the experience.

Given the type of game, Nickelodeon All-Star Brawl is, I totally understood excluding voices. It would probably be a large part of the budget to have a handful of people read like 60 lines of dialogue, though this doesn’t make up for weak sound effects. Most of the sounds feel like the bare minimum. There might be a single sound accompanying Reptar’s flame blast, just not as impactful as you might expect. A lot of characters just take a hit and make a generic sound. It’s shocking how much personality grunts, jump, and attack has in Super Smash Bros., all of which is lacking here.

To make matter worse, some elements just feel incomplete. The lack of alternate colors/costumes is a rather glaring issue. Supposedly this will be fixed sometime in the future, just for now you need to rely on the indicator above your head to determine who your character actually is.

So much about the experience just feels, like previously mentioned hollowed. It makes some of the obvious design choices lifted from Super Smash Bros. feel like a lack of originality, instead of beloved homage. The feeling is inescapable, impossible to ignore, and undermines the whole experience.

Nickelodeon All-Star Brawl reminds me of the popular maxim, fast, cheap, or good? Pick two. Just with different options and only one choice. It’s clear Ludosity did the best they could, honestly, there is no denying good gameplay would beat out voices, a bad story, or a number of other things, it just doesn’t make for a great experience. Everything feels hollow, incomplete, lackluster, not to mention unsatisfying. There is enough to keep going for a little bit, perhaps a while if you get big into online, there is just a lot of road ahead before things start to stand out.

[Editor’s Note: Nickelodeon All-Star Brawl was reviewed on PlayStation 5 and a copy was provided to us for review purposes.]

Levels are filled with delightful references

Odd art style that won't appeal to everyone

Lack of modes, alternate colors or even items

How to Mark Items in Back 4 Blood