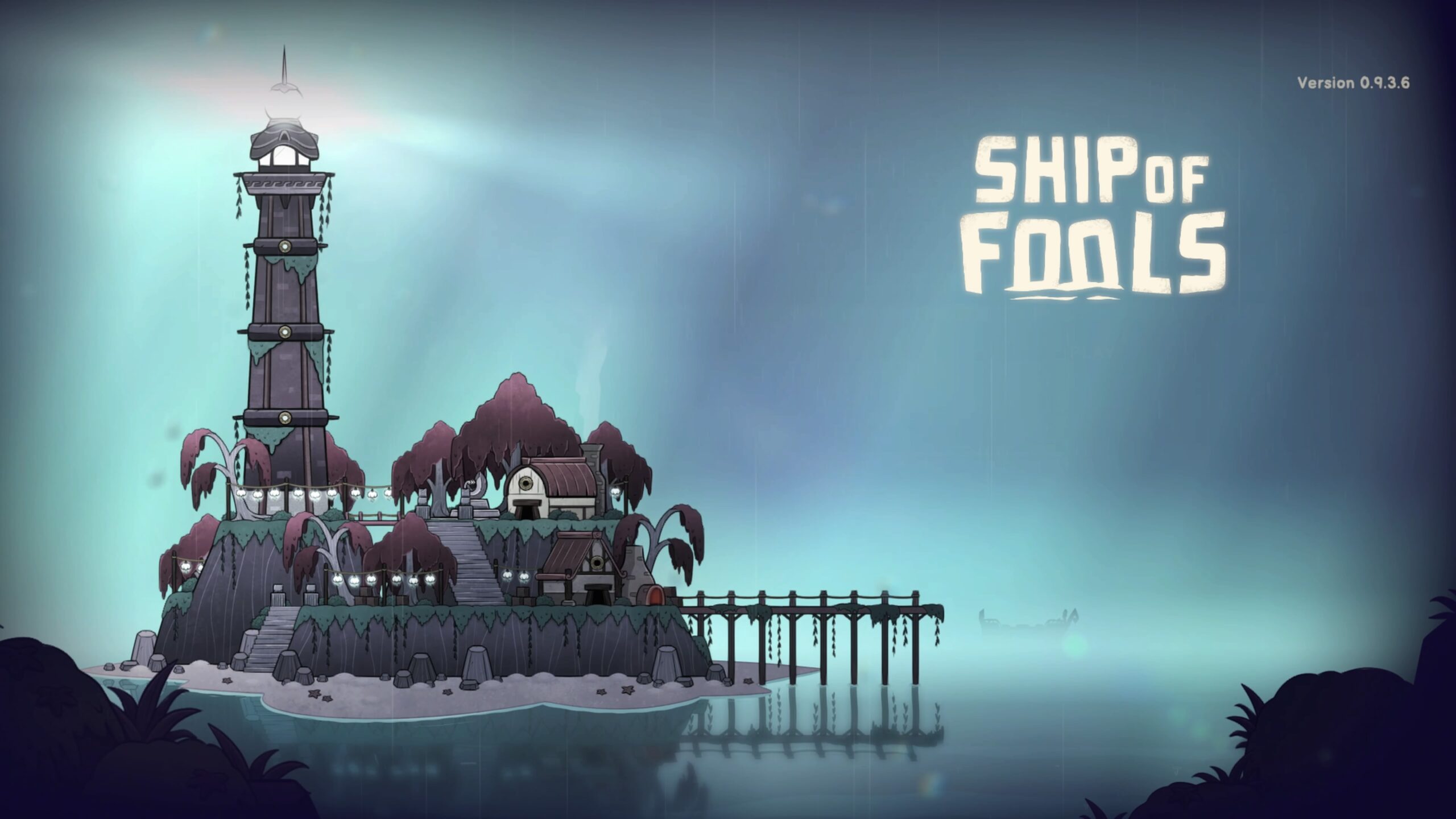 Recently, we’ve checked out a lot of weird titles that merge two different concepts. Metal: Hellsinger is a rhythm shooter, Harvestella combined farming with RPG combat, and Bravery & Greed added rogue-lite elements to a beat ’em up. With the latest, Ship of Fools, players need to navigate naval combat with varying situations and a whole host of other problems. With co-op, a colorful crew of fools, and plenty of things that can go wrong, is it a fantastic journey or an aquatic nightmare?

The whole point of Ship of Fools is to stop the Aquapocalypse, which is done by navigating the seas and defeating enemies. There isn’t much beyond the premise, plus the conclusion, making the journey mainly about how long you can survive.

Before each adventure players need to select which character they want to play as. There is a small selection initially, with the roster increasing as you progress further, head to specific stages, or clear challenges. Besides design, characters have unique traits. Some are better at shooting weapons, others melee, with the challenge hinging on what works best for you, or the situation. Speaking for myself, I found slow melee was really unforgiving if you get a melee-heavy stage or lack the firepower to make it work, so balanced tends to be best for solo players. However, with a friend, it can be a huge advantage to have one focus on firing and the other on melee.

Initially, the learning curve will feel pretty high. The basic ship has two cannons, five or so HP, and three upgrade slots. Part of what makes things complicated is figuring out how everything works. One cannon is player controlled, with the other auto-firing. Not only do both cannons need to be manually loaded, enemies can appear on either side. A big part of most encounters will be using these either together to clear a side, or separately to keep one side at bay as you deal with the other. The goal is to prevent enemies from attacking the ship, which happens when they show an exclamation point. At this point, they will either shoot something, rush the boat, or take a swing on the actual ship. There are also a couple of attacks that add something to the boat that has a timer, along with enemies that stun you instead of directly attacking.

What makes this interesting is how it typically plays out. usually, you’ll have ample time to deal with enemies, but things can go south rather quickly. For example, one of the bosses is a crab that shoots two explosive things, along with bringing a claw in for a quick strike. Hitting all three within the time limit typically isn’t a problem, though its stun beam will either make a particular move too risky or immediately stun you, resulting in all three attacks damaging the boat. Every hit takes away either a shield or health point, so this could end the adventure almost instantly. This makes calm moments pretty easy, with hectic ones having the potential to end your journey in a moment.

To help deal with all these threats are upgrades. The main type is used on the ship, which works like a roguelike. What you get is entirely random, with some runs being better than others. Certain perks will enhance a specific style of play, with others changing the actual mechanics. Sometimes you’ll get a new type of ammo, with other upgrades adding more bullets, increasing damage, or helping a specific type of ammo. These are fun because you can get a really overpowered ship, or you can have a run like one of my first, where I got two distinct upgrades that did absolutely nothing to help me.

In addition to those items, enemies can drop gold and other supplies in the water. These have to be fished out with a hook, which is another mechanic to consider. Players start with a small number of hooks, with more appearing on your journey. Once you decide something is worth collecting, you line up your shot, change the ammo, and then shoot the loot. Hitting the item will bring it aboard, so you can use it. Along with those, there are items you can equip that change how various elements work. These will modify specific attacks or mechanics, making them invaluable to have.

All of these mechanics are something you dictate between stages. Every stage ends with players selecting where they want to go on a map. Each space has a specific meaning, with it falling on players to decide if they want to go to a shop, move forward, collect hooks, or do another thing entirely. As you do this, more spaces will become inaccessible as you and the boss slowly converge. These make runs fun, though expect to lose a few times before finding success.

Between runs, you’ll return to the home area, allowing players to swap characters or enhance their ship. Common upgrades include weapons, health, hooks, ship upgrade slots, with others changing fundamental concepts. Each upgrade makes things easier, though none of them beat learning how to actually play.

This is what makes Ship of Fools so much fun to play. Every choice has weight, as I’ve literally blown myself up once or twice, along with the main difficulty stemming from ship management. Players need to understand what to do and how to do it, which results in lasting a little longer. That feeling of accomplishment as things get easier is what I honestly feel like this genre is all about. I imagine online might get a little unsavory, filled with plenty of sailor talk, though with buddies or strong randoms, it can be an absolute blast as you battle your way through the seas.

Despite the good things, there are some negatives to Ship of Fools as well. While it makes mastery easier, many things are set in stone. Every level has its own take on the five or six enemy types, making it incredibly easy to know what to expect and build towards. Thankfully, the randomness of enemy arrangement, along with rooms featuring different leans, still punishes certain choices, it just is a shame there isn’t more variety in terms of enemies or events.

Ship of Fools does an excellent job with the roguelike genre. Every choice has weight, as there are paths to become overpowered or be completely screwed. Enemies also force players to micromanage every aspect, making it the type of experience where success is less about your ability to shoot and more about awareness. Add in some buddies, and it can be a lot of fun, even if the limited enemy arrangement can make runs a little more predictable.

[Editor’s Note: Ship of Fools was reviewed on PlayStation 5, and a copy was provided for review purposes.]

The learning curve is just right

Every choice has weight

Less skill and more management based

Online multiplayer is a huge bonus

Not too much variety

Losing in a moment simply sucks