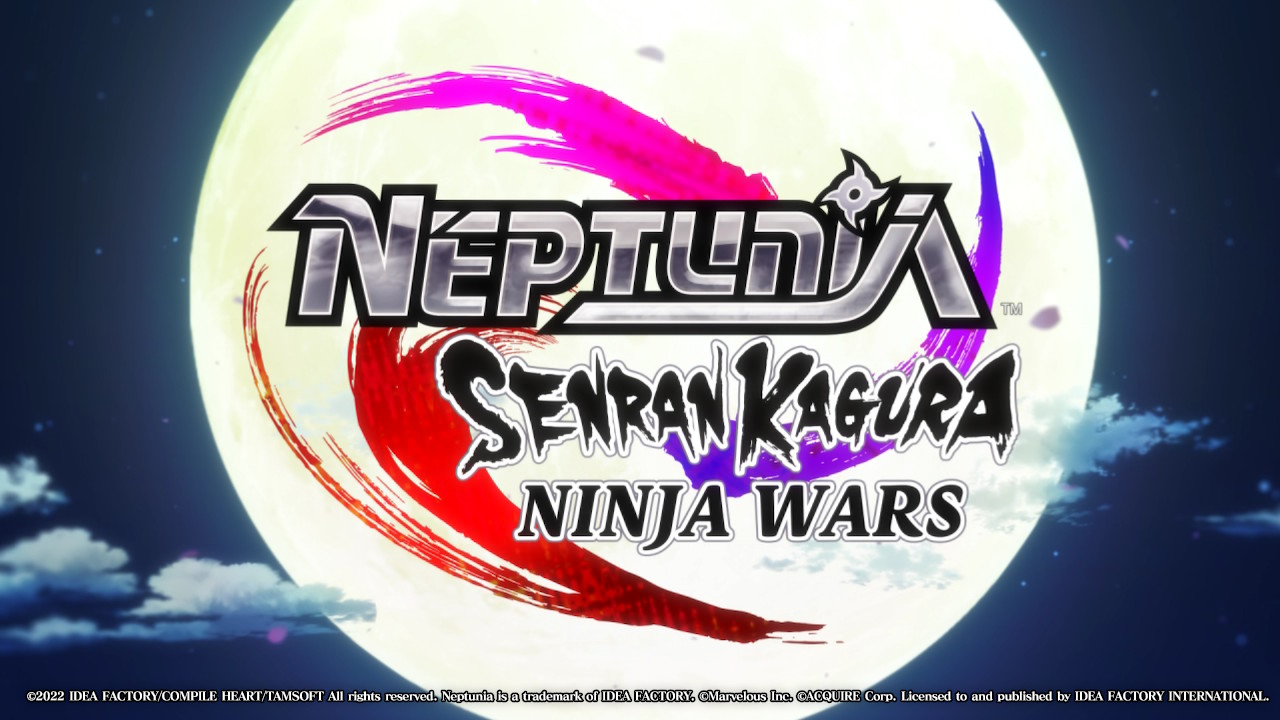 Options are important. Even if I might prefer some games with specific platforms or levels of quality, other games benefit from portability or different controllers. This is especially true for niche games where they often lack traditional choices. With Neptunia X Senran Kagura: Ninja Wars bringing the interesting crossover to a new platform, along with some additional content, fans can finally fight waves of enemies on the go. Given the reception of the original, is this a positive change or is it too little too late?

Like most Neptunia games, Neptunia X Senran Kagura: Ninja Wars‘ story is more an excuse for jokes and character interactions. Here there are two rival nations, Heartland (named after the goddess transformed names) and Marvel and (a play on Marvelous Inc., the publisher and occasional developer for Senran Kagura), until a bigger threat appears. Initially, Marvel is against working with Heartland but that quickly changes after Neptune shows them some unexpected support.

Following their alliance, both factions begin working together to eliminate the Steeme Legion. Since this is a Neptunia game, it follows the usual pattern. Neptune remains the self-proclaimed protagonist that loves pudding, breaks the fourth wall, and offers meta-commentary on a variety of things. Here she is fully invested in the setting, as this isn’t considered a crossover as much as an alternate reality, as the other characters take the situation rather seriously.

Part of what makes Neptunia X Senran Kagura: Ninja Wars work is the similarities between Neptune and Asuka. She isn’t a well-meaning joke character but her, as the game puts it, bright personality encourages Neptune to greater levels of silliness. It makes for a fun ride, one that goes a little further if you read the optional chats, get the references and appreciate the staples of the franchise.

The real highlight of the Switch version is the additional content. For starters, every character gets an alternate costume. These are a recolor of their previous costumes, though many look better or at least offer some sense of variety. Difficulty options were also added. The previous default mode is now considered normal, with an easier and harder mode included.

While I’ll likely never complain about options, the two additional modes lack that sweet spot normal hit. On easy enemies put up no opposition. Be it a simple combo or skillful use of your ninja skills will result in that enemy being overwhelmed. Even bosses are little more than large foes that can withstand a few hits, just not long enough to fight back. On hard the opposite comes into play.

Since Senran Kagura is conceptually very similar to Dynasty Warriors, they’re not particularly deep games. Sure, there is a block and dodge, plus each girl has her own combos, plus unique skills, these only go so far when enemies struggle to keep up with any force against them. Hard is designed to counter this by increasing the length of each encounter. For bosses, where they do devastating attacks or combos, the extra health forces players to master perfect blocking or at least blocking in general. This would be fine if the average enemy wasn’t extremely sturdy.

Take the mushroom enemies Panthercaps enemies on the first level. Using the same initial build and the basic Y combo, it takes three hits to kill on easily. At normal difficulty, this increases to about 11 depending on combo progress and critical hits. Hard furthers this to around 36 hits. With so many hits fighting feels slow and underwhelming, with most of the changes having the same number slider effect. Don’t get me wrong, it’s nice having to take bosses seriously, it’s just a shame a better balance was not found for the higher difficulties.

While none of these things will stop anyone from having fun in the same way Senran Kagura and Dynasty Warriors have offered in the past, it’s unfortunate the Switch version feels like a Switch version. I don’t think anyone would say the original was that demanding, it’s a shame to see a drop with the Switch version. Similar things apply to loading as well. There was a marked increase that really stands out when you’re just looking to defeat enemies.

Neptunia X Senran Kagura: Ninja Wars has enough depth and jokes to hold a player’s interest. It’s a shame the Switch version feels less like an improvement and more like a step backward. Still, if you’re a fan of these games or just enjoy the genre, you’ll probably find enough redeeming qualities to enjoy it.

[Editor’s Note: Neptunia X Senran Kagura: Ninja Wars was reviewed on Nintendo Switch and a copy was provided to us for review purposes.]

This crossover brought out the best of both franchises

Gameplay is deep enough to be interesting

Additional difficulty settings appeal to extremes, though they're better than nothing

Graphics and performance are underwhelming

Enemies could have a little more depth to them