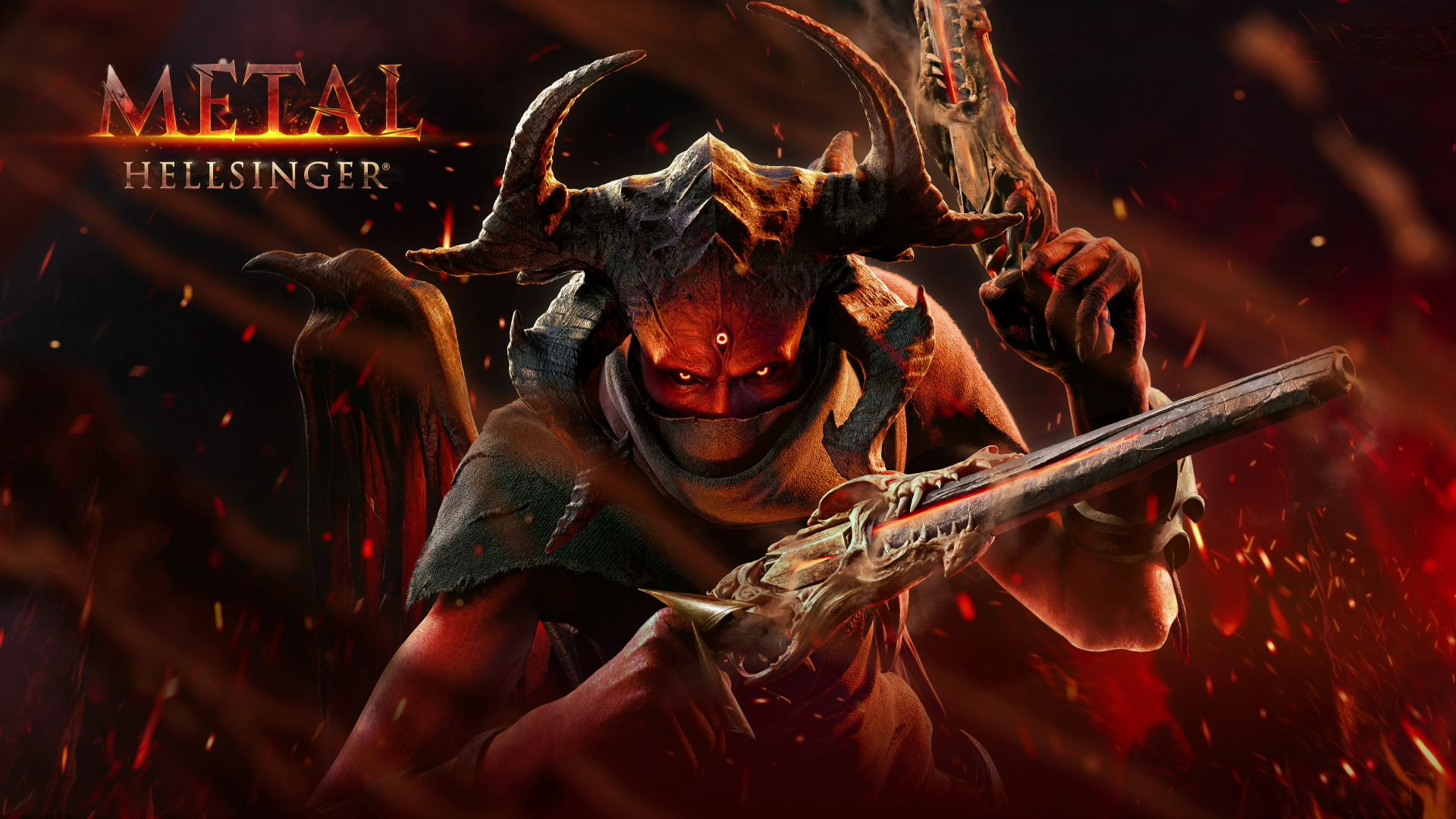 One of the biggest struggles with doing something new is getting it right. Even if the idea is excellent, it still relies on execution, mechanics, and so forth to sell it to the average person. This was my thought when BPM: Bullets Per Minute was released. Tying a first-person shooter to a rhythm setting was unique and different, though the red color scheme is reminiscent of the issues we saw with Nintendo’s Virtual Boy. Metal: Hellsinger tries to improve the idea by making it more of an arcade-like experience with a traditional look, which certainly looks interesting. Is it a fantastic concept with so much to see, sing and shoot, or is it a convoluted mess?

Metal: Hellsinger is in a weird place in terms of narrative. Initially, it goes for the reasonably standard video game narrative, a vague concept that justifies the game’s events. In this case, you play a character known simply as The Nameless, who makes waves in hell, hoping to gain what she lost. It’s explained that Hell takes whatever means the most to you, which in this case is her voice, preventing her from singing.

Just Kill to the Music

The narrative expands upon this, giving the main antagonist, your sidekick, and the history a bit more depth. However, in doing so, it becomes a cliché story about a fabled warrior who is said to eventually appear and shake up the status quo. It’s still entertaining, even if it ends in a way that allows for a follow-up that also works as a definitive end. The selling point of Metal: Hellsinger is not the narrative but the actual gameplay.

Like Doom and other arcade-based shooters, Metal: Hellsinger is fast-paced and about knowing how to deal with your foes. This is not a game where one weapon works for every situation, with a lot of value in using all of them or at least understanding how your enemies work. One of the most annoying is the shield enemies, as they require a lot of damage to break their guard or quick moves to get behind them to finish them off. They’re best killed with a sword, whereas flying enemies are usually easily defeated by long-range weapons, and you get the point. It’s nowhere near as deep as Doom Eternal, though it makes up for it by tying everything to the rhythm concept.

Instead of just shooting foes, your ability to maintain rhythm and your multiplier will substantially impact the experience. The more damage you do, the faster enemies die, making it easier to survive and further your combos. It sounds easier than it is since every level has its beat, along with weapons having their mechanics in it. There are also bonuses and benefits to keeping the moment with dodges, reloading, and finishing enemies. It can be somewhat overwhelming at first, but the experience is much better once you get it.

Levels also build off this idea by having traditional story levels, where you go from arena to arena fighting enemies until a boss appears, along with Torment stages. Torments are optional challenges that unlock perks to improve the experience. These start by being fun and increasing the difficulty as things progress. These are timed, typically with some gimmick and a fixed load out. Even though they’re not for everyone, they’re a great introduction to different weapons or trains to master dodging, certain annoying enemies, and more.

Plenty of Room to Improve

Along with Torments, every stage is scored, and players can compete for leaderboard rank. These look at every element of performance, so maintaining beat, not losing multiplier and damage taken, there are plenty of ways to improve, especially once metas and mechanics are mastered.

Even if there is a lot of good with Metal: Hellsinger, it isn’t without some shortcomings. While I would say it’s more accessible than BPM, it won’t appeal to everyone. There are many things to pay attention to, and even on the easy difficulty, you need a fair amount of skill to be successful. In addition to that, I can’t sit and play it for long periods. It can be pretty taxing to pay attention to so many things at once, which can turn some people off, especially with levels getting more demanding as time progresses.

When everything is said and done, Metal: Hellsinger does a great job blending these two genres. Some will be turned off by the demanding and hectic style of play, which I strongly suggest trying the demo before writing it off completely, but those who get into it will likely get into it. Not only is the music pretty good, but there is also just enough depth to push players to get creative if they want to hit a huge score or stay alive longer.

[Editor’s Note: Metal: Hellsinger was reviewed on PlayStation 5, and a copy was provided to us for review purposes.]

Great music that really works with the combat

Enough depth to be fun, but not enough to overwhelm players

Challenges, higher difficulties and leaderboard rank increase the number of things to do

Tactics are extremely important if you want to come out ahead

Most levels look and feel the same

A bit taxing to play

The Legend of Heroes: Trails from Zero Review