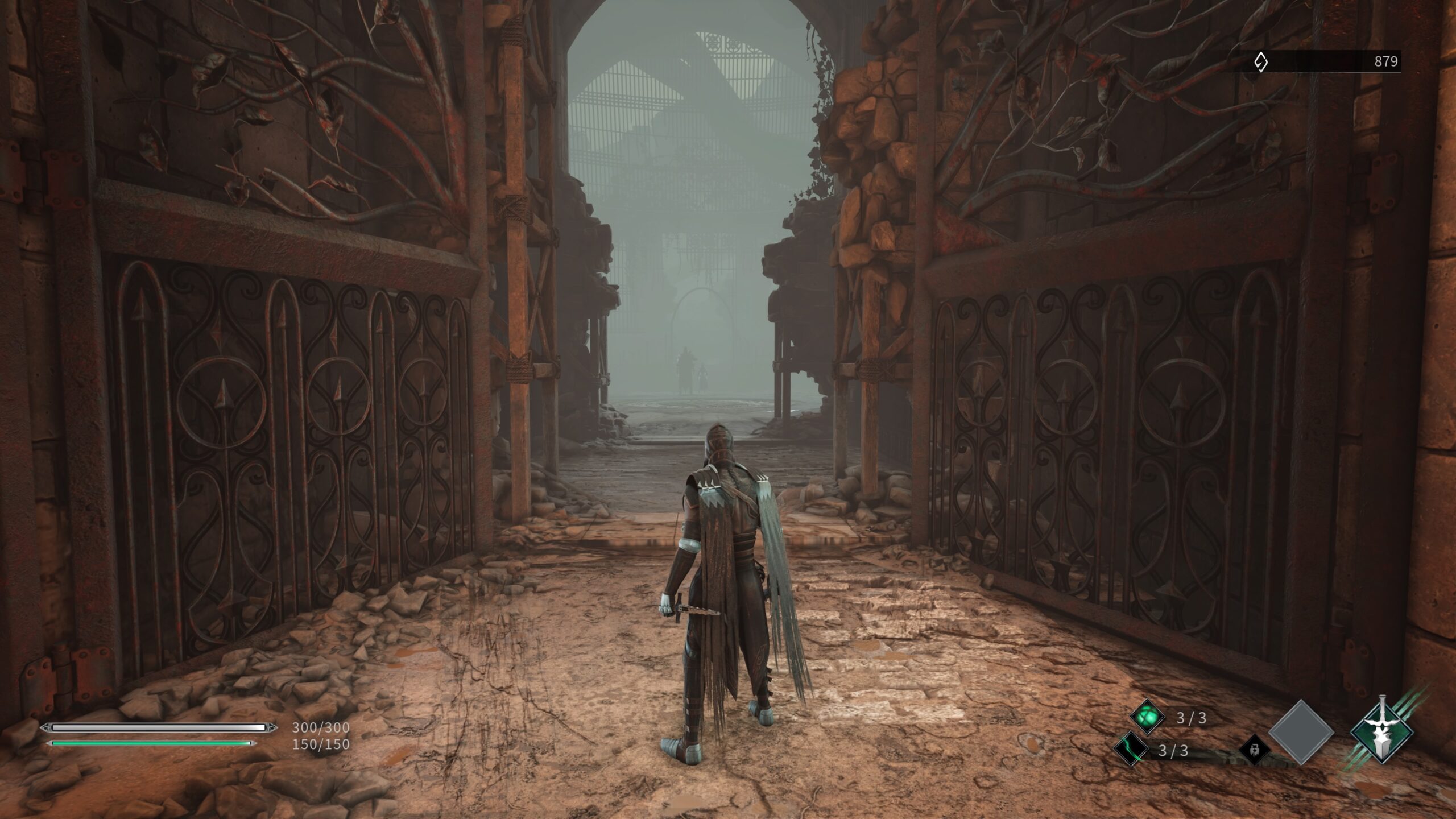 When I started writing for a gaming news and review site, PlayStation Vita was about to release, and everyone wanted to make the next Monster Hunter title. This is how it feels with the Souls-like genre. Countless developers offer their own take on the concepts, each finding various success levels. Some miss the ball completely, others offer their own version, and titles like Hell point and The Surge likely come the closest to matching them. With the latest title, Thymesia, trying to capture that magic in their plague-infested world. Given that Thymesia has an exciting level system, versatile trait system, and various mechanics, is it the next big thing, or does it fall short?

Similar to the Souls series, the story exists in Thymesia‘s background. The brief introduction explains the plague and how the world got to this point and briefly touches on what needs to be done. From there, practically every element in Thymesia attempts to explain some aspect of the narrative. Fans of the genre will likely love searching for all the clues and piecing together the history, though, for everyone else, it’s a good mix of intriguing and weird.

One of the Interesting Bosses

Bosses, their levels, and the world itself are varied enough to be interesting. One stage is an eerie circus, another a blood-filled library, with these locations telling a story. Players get as much as they put in, though it’s a shame Thymesia misses the mark on some of the finer points.

The best example of this is the general lack of voice acting. Outside of one of the bosses laughing, I don’t think there is any. Usually, this wouldn’t be an issue, we constantly review games without any, but it hurts some of the boss battles. At various points, they will say things that are extremely difficult to read as you battle to stay alive. It also makes some of the narrative issues fall flat, though it’s better than some of the alternatives, like really bad voice acting.

As previously stated, Thymesia is heavily inspired by the Soulsborne games. It offers some twists like potions can be enhanced, you can obtain and upgrade enemy weapons, there are two health bars for every enemy, and more. Before getting into these things, I want to briefly touch on the boss designs.

Having played many of these games, OverBorder Studios did a fantastic job of making most of the fights feel unique. There are two that are more mechanically driven, two that dodge a lot, a couple of aggressive bosses, and even a giant brute. It forces players to rethink their build and approach, which helps the experience stand out. At least until players reach end-game levels.

If I had to guess, I would say Thymesia is balanced around mid-game. This makes the initial adventure somewhat difficult, about three bosses in there is balance and the last couple has cheaper mechanics that will likely cause many players to break the difficulty through overpowered weapons.

Despite having 21 different Plague Weapons, many of them are not exactly viable. I heavily used the Twin Swords, and a lot of times, I would take damage from enemies who withstood my fury or bosses that didn’t care what I was trying to do. It gets better after leveling it a bit, as it adds a dodge cancel, but this is still true for most of them. They’re designed around a style of play that is rarely worthwhile and often better ignored for safer moves.

A Brief Look at the Plague Weapons

Not only did this eventually turn the 21 weapons into maybe five good ones, but I also was never motivated to steal enemy weapons and turn the tables. It’s a cool trick in the early game or for making a video, though most will ignore that in favor of simply dealing damage. This is unfortunate, especially when the level design puts some of them in a rather sad place.

Certain weapons are limited to a couple of pretty rare enemies. For example, Whip drops from a specific enemy, of which four are in the game total. As a result, players need to make an effort to grind them, and even after playing through the game twice with maxed drop rate, I didn’t max Whip and a few others. You can look at my Skill Shards and see I have enough to complete something like Halberd or Shield three times over due to how overwhelmingly common those enemies are.

The sole highlight of this is bosses need to be farmed to max out their abilities. This is a fair trade-off, as it encourages beating them multiple times, though I would say only two are really useful, neither of which are worth the effort of maxing. Similar things also apply to the potion system, as I and two others beat Thymesia at least once without getting one of the ingredients to drop.

Another exciting and somewhat divisive choice is how the damage system works. Instead of simply attacking enemies, a small amount of health will be removed, and a sizable amount of health will turn green. After this, players need to hit enemies with their Claw attack to remove some of that health. Where it gets iffy is how quickly enemies regenerate health. Going even a few seconds without dealing damage can result in a boss recovering it all without any buffs. Worst of all, the Claw can be hard to hit and sometimes result in taking damage, which can be frustrating. Though, I imagine others will find the additional challenge engaging.

All this being said, Thymesia eventually hits a point where I’d say it’s tough but fair. Finally, enemies can be steamrolled, but getting cocky or using bad judgment will still kill you. Taking on poor situations will also go south, especially if an archer or another highly damaged enemy is around. This can make it thrilling to explore and encourages some thought on builds. However, remember that most levels are pretty linear, and most of the extra stuff is just a collectible or uncommon enemy type with one of the rarely seen weapons.

Overall, Thymesia is engaging Souls-like, but it misses many marks. With most Plague Weapons being lackluster, specific mechanics that require a fair amount of RNG, no New Game +, and a fair amount of limits will turn some players off. I would say the different takes on the bosses, thoughtful approach to Talents and other considerations help, with it shining the best when all the mechanics click.

[Editor’s Note: Thymesia was reviewed on PlayStation 5, and a copy was provided to us for review purposes.]

Bosses feel different and make each fight an engaging puzzle

Eventually captures that tough but fair difficulty so many mess up

Levels are thoughtful, with a fair amount of neat things to uncover

Most weapons have no purpose

How to Defeat the God of the Fools in Thymesia