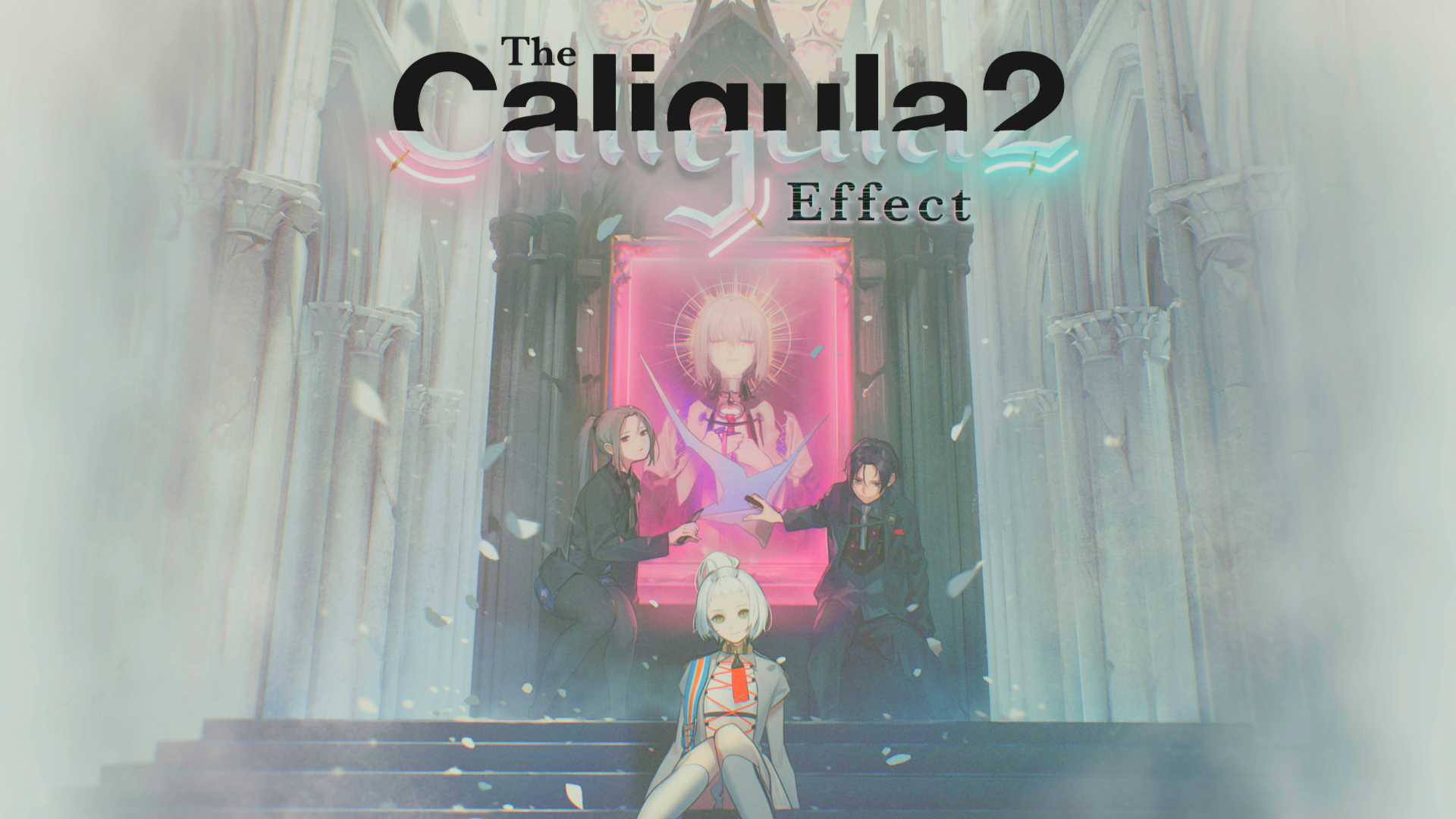 After spending the past decade or so reviewing games, I don’t think there was any game I wanted to like more than The Caligula Effect. The humble Vita title had this amazing story sandwiched between the worst combat I’ve ever experienced and repeated poor gameplay choices. This was something of a common complaint, one that The Caligula Effect: Overdose attempt to correct but still couldn’t overcome. Now that the unexpected sequel is in players’ hands, The Caligula Effect 2 hopes to correct previous flaws and bring the series forward. Given it shares some ideas with the past, will it be more successful or is it living in a fantasy world?

Taking place after the events of The Caligula Effect, players control a player-created character, with the only choice being name and gender, living in the world of Redo. One day a crack in the sky causes them to realize something is wrong with this world and slowly they start to see the cracks. Eventually, you meet X, the daughter of μ, who created the virtual world Mobius in the first game, who wants to destroy this world.

As players progress, The Caligula Effect 2 explores similar themes as the previous title and early Persona titles. Regret is a huge component, along with moving forward, singing and deciding who you are as a person. It makes for a compelling story that quickly grabs players without letting go.

One of the biggest problems with the combat system, the timeline, is still present and still struggles to work. For those unfamiliar, what makes both the original and The Caligula Effect 2’s combat unique is how attacks play out. Instead of fixed turn order, players perform attacks that have various conditions and elements that impact later turns, making tactics extremely important.

Where things start to differ is seeing each and every move play out. The idea is rather simple and I’ll illustrate it with the initial characters and the tutorial on back attacks. In this fight you have characters, your created character and Gin, fighting against two enemies. Gin has the ability to use Quicksilver, a three-shot attack, or Iron Piercer, a single blast that does considerable damage. Each move has a set amount of time between turns, Iron Piercer being longer, with timing for each attack. Once you decide what to do, select an enemy and a scenario will play out.

Or I Can Just Attack

Before deciding to attack, players can see the potential outcome of each action and then adapt around it. The reason why I decided to explain this specific fight is due to one of the enemies, a Soulless Worker, choosing to attack my player-created character, coupled with Gin’s position. If I attack as soon as possible, I’ll damage the enemy, but if I delay my attack I can attack both the Soulless Worker and Gloomy Student. During my character’s turn, I do Slash Raid, syncing the attack up to when the Soulless Worker is by the Gloomy Student, causing both characters to hit both enemies for more damage.

This brings us to the issue with the system. The first is, you might notice a number at the top left of the images I included showing this strategy. This shows the likelihood of this event going down as expected. Inputting more commands changes the odds, due to more data being input, though it’s rarely guaranteed to happen. This isn’t a problem for the tactic I previously mentioned, Gin and my character and going to attack regardless, it just makes it hard to invest in this system. Certain later skills really play off each other, making for a really cool concept, it’s just a massive time investment that might not even pay off. There is nothing more frustrating than an enemy doing a dodge that has a 1 percent chance of happening, causing your character to attack nothing like a fool.

An advantage to the system is anticipating attacks and defending them. Since the system tells you how much damage you’ll potentially take, it allows players to opt for a different strategy. Maybe instead of losing 30 percent of my health, I block right before the attack. Instead of reducing the damage, The Caligula Effect 2 rewards players by nullifying damage taken.

Another improvement is allowing the AI to control other characters. Figuring out how two or three characters should attack can take a while, allowing you to let the AI play when you know it’s safe and disable it when big attacks hit or you have the potential to turn a fight around.

Beyond that, The Caligula Effect 2 offers its own unique take on many traditional concepts. Attack and defense items are generally named after traits and elements, like positive outlook or dark humor. There is a meter to apply some kind of advantage to your team for a period of time, break system with special attacks, among other things.

Characters Have a Fair Amount of Personality, Complete with their Own Quirks

Outside of combat is your standard linear world to explore. Players explore various locations, typically defeating threats, finding items and resources, eventually leading to a climactic battle. Unfortunately, not a lot of control is given beyond a general action button and an attack to start a fight.

Before getting to the verdict, it would be a shame not to talk about the OST. Since music is an important part of The Caligula Effect 2, the soundtrack is simply phenomenal. There is a lot of action-packed, exciting, and intense music that drives the experience forward. Be it exploration, buffing, or giving the enemy an advantage, it really stands out and elevates the experience.

In a lot of ways, The Caligula Effect 2 improves the idea, offering another fantastic story, but decides to keep some concepts that held the original back. Extremely long combat, in an experience filled with fighting, is just time-consuming and needless. It’s nice the odds are a lot better, with more rewards for using it, yet I don’t think it’s enough to justify the experience. That being said, the whole package still makes for a compelling experience, one that will likely resonate with those who love Persona. For this reason, I still suggest giving The Caligula Effect 2 ago.

[Editor’s Note: The Caligula Effect 2 was reviewed on PlayStation 5 and a copy was provided to us for review purposes.]

Amazing soundtrack that is filled with energy

Attempts to make the most of the divisive combat system

Fights are long, with the intended play style taking a significant amount of time

Graphics are a bit weak, featuring limited movement or details, a strong contrast to other areas really standing out

Tutorial takes a while, explains a lot of important things quickly, all while offering a lot of story that can be overwhelming