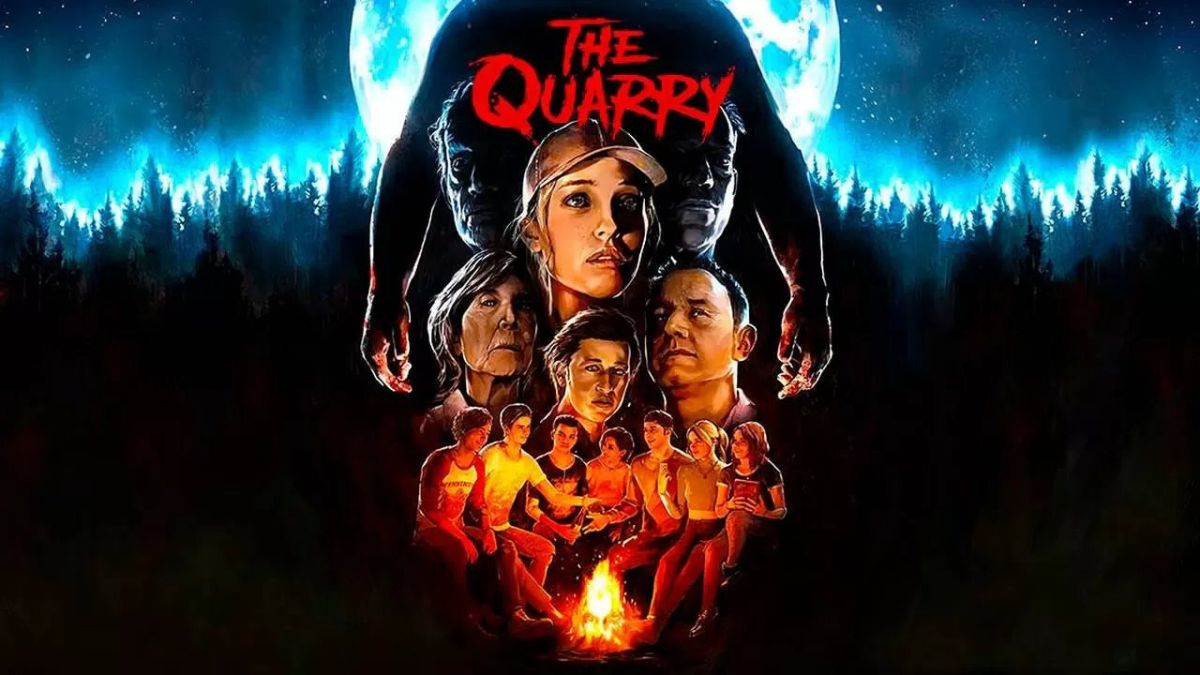 Supermassive Games became a renowned developer when it released the very entertaining Until Dawn for PS4 back in 2015. It was a decision-based horror game that included many different characters and also resulted in multiple endings.

The developer continued its winning formula with its series of The Dark Pictures Anthology games. Now Supermassive Games has released a new interactive horror game in 2022 called The Quarry. The game follows the same formula as you play as different characters in hopes of keeping them alive.

The Quarry is a story about some adult camp counselors trapped one night in a place called Hackett’s Quarry. They want to hold a party for one night, but their entertainment is ruined when they get attacked by lots of werewolf-like creatures.

As the story progresses, you will have to find out what is happening and how you can prevent further attacks from happening. The characters will also have to try not to get bitten by the werewolves, or else they will become a werewolf too!

One of the best features of The Quarry is the fact that this game has nine playable characters. The game mainly concentrates on the counselors, although there are one or two chapters that are set in the past to give you more insight into what is going on.

Another great feature of The Quarry is that the story is very unpredictable and it can lead to many different endings. None of the nine characters are safe as everyone in the game has a chance to die and have a sad ending. Since this is a horror game, you can potentially see a lot of gory deaths! Honestly, the gore in this game is comparable to that of Mortal Kombat.

On the flip side of this, players are able to play the game in its entirety and make everyone live. I’ve played this game twice already, although I haven’t fully figured out how to save everyone. Even though this game is 10 hours long, it has lots of replay value if you want to see the different endings and outcomes.

In terms of gameplay, The Quarry plays similarly to other decision-based games like the aforementioned Until Dawn as well as the legendary Heavy Rain. Some players might dislike the long cutscenes and excessive dialogue, but there are some segments where you can walk around and investigate the area.

I have to admit though, that walking in this game feels slow and awkward for some reason. It’s not as bad as Resident Evil PSOne’s tank controls, but it’s not smooth for a game released in 2022 either. Thankfully, the game only has a few fixed camera segments as other parts of the game are focused behind the character for easier navigation.

In Until Dawn, if a character died they were pretty much dead for the entire playthrough. The only way you could save them is if you had an earlier save point or if you played the game again. In The Quarry, the developer has been a bit kinder as you have three lives for one entire playthrough.

If a character dies, you are able to save them and choose a different outcome. You have to choose wisely though since three lives in 10 hours is kind of low. You can choose not to save someone if you want to just continue and play it out normally.

Aside from the main single-player experience, there are two other game modes that you can play through as well. Supermassive Games has added a fun two-player co-op mode so you can play with a family member or a friend.

If you normally don’t play video games, you can opt to watch Movie Mode instead. The Movie Mode is basically like watching a movie as you are seeing all the events unfold without your interaction. You can watch an everyone lives scenario, or even an everyone dies movie too!

For trophy/achievement hunters, there are clues and tarot cards that you can find throughout the game. Tarot cards are somewhat important because they can give you a glimpse of the future. If you view to watch them, you can somewhat see what you need to do to survive.

Graphically, The Quarry is a mixed bag even though I played this game on a newer PS5 console. First, the good news is that the facial and character models look detailed and realistic. Every character looks spot-on compared to their real-life actor counterparts.

One of the bad examples of this game’s graphics is the water effects. The water splashes look very outdated and awkward for some reason. Some people may also think this game is too dark, so you may want to crank up the brightness if you want to see where you are going.

Overall, The Quarry is a fun and even humorous game to play if you are a fan of Until Dawn. The game has tons of replay value, and it’s something casual gamers may like playing. That being said, some people might not like it since it’s more like a movie than it is a game. Still, I found this game to be very entertaining.

[Editor’s Note: The Quarry was reviewed on the PlayStation 5/PC and a copy was provided to us for review purposes.]

Not a game for everyone