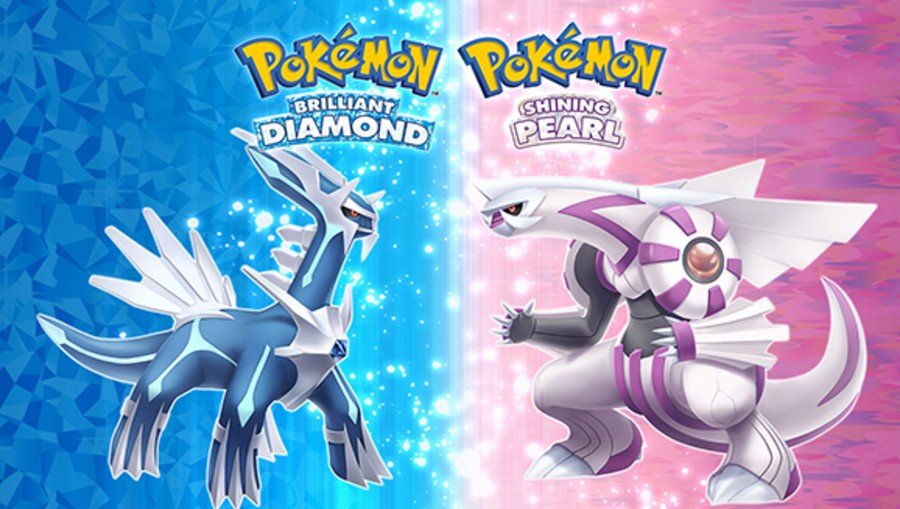 There is no denying the impact Pokemon has on countless people. Growing up it was the coolest thing, something I genuinely hope continued well beyond the humble days of Pokemon Red and Blue. Since then Nintendo has occasionally revisited the past and remade previous adventures. Even if these aren’t needed in the way other remakes are, revisiting one’s youth is always an interesting experience. With Pokemon Brilliant Diamond and Shining Pearl now available, are they welcome reminders of past adventures or is it a simple coat of paint on an otherwise okay game?

If you have a vague understanding of what makes a Pokemon game, well, Pokemon, you probably have a decent understanding of Pokemon Shining Pearl’s story.  Taking place in Sinnoh, Pokemon Shining Pearl follows the player-created character on their adventure around the region. Like previous entries, you have a rival, Professor Rowan will ask you to find Pokemon for your Pokedex, there is a criminal organization named Team Galactic and gym leaders to defeat.

Despite being a rather safe storyline, it’s still engaging because it’s mostly a passive part of Pokemon Shining Pearl. These events happen largely in the background and are deeply connected to the already established journey of catching monsters, fighting increasingly difficult foes, and eventually trying to become the Sinnoh League Champion, assuming you have the skills.

Having played a lot of Pokemon games, Pokemon Shining Pearl honestly offered little struggle. Even in situations where I should be at a disadvantage, there were many instances where the AI would choose debatably poor actions. For example, I could overwhelm my rival’s water Pokemon with fire attacks before they decide to hit me with water. This won’t hurt the adventure long term or stop battles against real people from being fun, just don’t expect a lot of challenge on your way to the top.

Since this is a later title, Pokemon Shining Pearl features some of the modern advancements found in the series. For example, not needing to give a specific Pokemon an HM, clear indicators of what needs to be done, and a good idea of how to do it, and more. There are also some beloved features, most notably breeding, giving players something to invest in if they want to prove they’re the best trainer out there.

Where Pokemon Shining Pearl stands out the most is honestly graphics. Everything is modernized and given a fresh coat of paint, making it feel fresh. While the out of combat art style might not appeal to everyone, essentially attempting to make sprites into miniature 3D versions of existing designs, it feels rather childish. Not unlike what Duplo is to Lego bricks.

In combat is an absolute treat. From the moment you enter battle with the area slowly advancing to just the expressions people give before and after a fight, it makes Pokemon Shining Pearl feel like a newer experience. I never looked at a battle and thought the original was better, in most cases, I never even considered how it looked because of the care given to these scenarios. This extends beyond the trainers as well. Most Pokemon look good, though some things like flames can look rather cheesy, with nice attack animations as well. Like a lot of releases, it’s clear a lot of love went into these remakes and it absolutely shows.

Unfortunately, one thing that didn’t age particularly well is the Poketch watch. Going into Pokemon Shining Pearl it was obviously going to be a struggle, as it was designed with the Nintendo DS in mind, with the implementation being good but not great. Hidden and revealed via trigger inputs, it has a place for people looking for nostalgia but otherwise feels rather pointless. To the point where someone might forget it even exists, which is a shame, to say the least.

Pokemon Shining Pearl is in a rather weird place. While some might’ve preferred Pokemon Platinum instead, that doesn’t stop the originals from being fun. At their core, they’re good Pokemon games, though their main selling point is nostalgia. The improved art style, coupled with some small changes absolutely help but it comes down to whether you want to explore a region and revisit the same experiences the franchise is known for. Personally, this didn’t stop me from enjoying the adventure, nor should it stop anyone who liked those games. As long as you’re okay with a fairly by the numbers Pokemon adventure, you’re sure to have a blast capturing Pokemon, breeding better ones, and going all the way to the top.

[Editor’s Note: Pokemon Shining Pearl was reviewed for Nintendo Switch and a copy was provided to us for review purposes.]

Modern enough to be enjoyable without losing its original charm

Many fun pokemon to catch

How to Duplicate Pokemon in Pokemon Brilliant Diamond and Shining Pearl

Should You Check Out Death's Door on PlayStation?