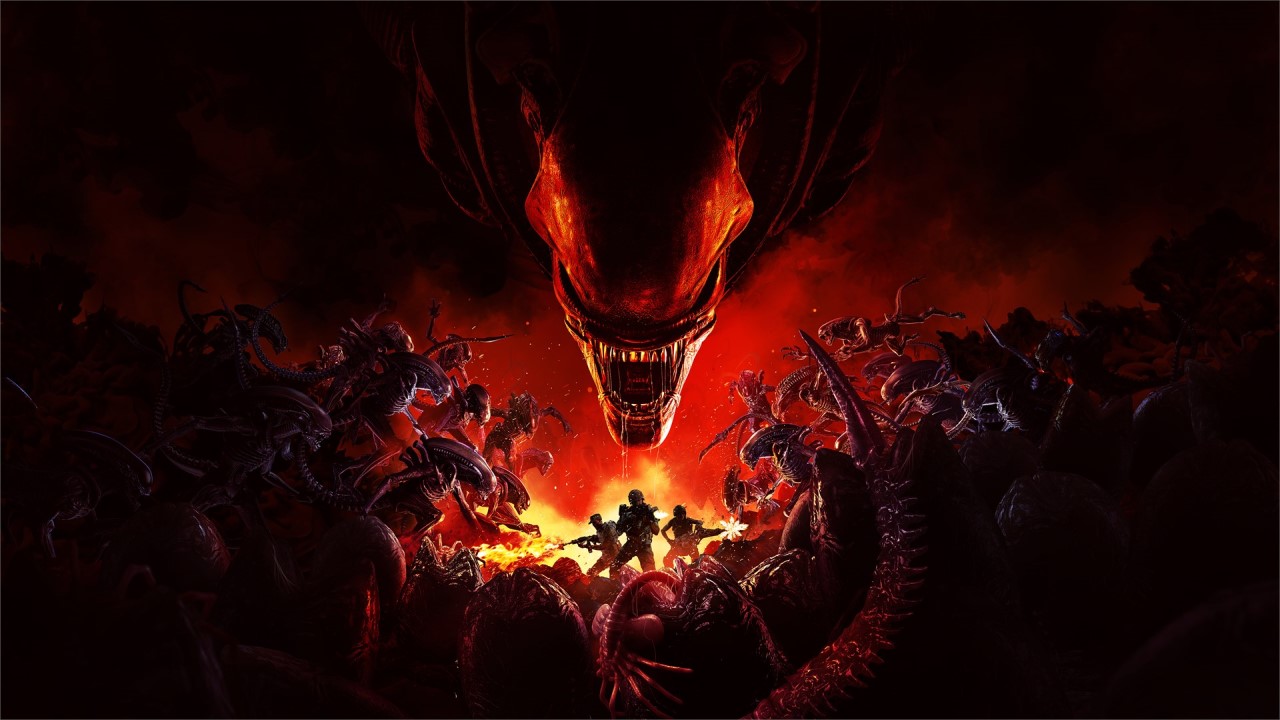 The Alien franchise has had a rough go when it comes to the film series’ video game adaptations. Aliens: Colonial Marines sits in the memories of most as a stark reminder of the poor treatment received by the IP over the years. However, on the opposite end of the spectrum resides Alien: Isolation, often lauded as the pinnacle of Alien video games and the bar by which all others are measured. Needless to say, there is a vast spectrum along which Cold Iron Studios could find their first-ever project, Aliens: Fireteam Elite.

Aliens: Fireteam Elite places players in the boots of a fully customizable Colonial Marine aboard the UAS Endeavor, embarking on their own Xenomorph-filled narrative a full 23 years after the events of the Alien trilogy. The harrowing journey begins with a distress call from LV-895, a planet in the outer colonies housing Xenomorph hordes and hostile Weyland-Yutani synths. The story that unravels across gorgeously grim environments is fairly standard and, in all honesty, forgettable. That said, there is a great deal of lore in the form of optional dialogue that franchise fans will enjoy eating up.

When it comes to the gameplay, Aliens: Fireteam Elite adapts the framework found in the beloved Left 4 Dead titles. In fact, Cold Iron Studios’ Alien game adaptation carries similar vibes to Saber Interactive’s World War Z, another Left 4 Dead-like. In Aliens: Fireteam Elite, the mighty Xenomorph is reduced to cannon fodder, with its strength primarily coming from its overwhelming numbers scurrying across the dimly lit walls and ceilings. The real terrors are the variants, such as the lying-in-wait Prowler and the towering Warrior. Whether facing a lowly Facehugger or imposing Praetorian, it is going to take a fair deal of teamwork to overcome the extraterrestrial (and synthetic) threats.

The terrifying opposition will not be faced alone, however. The developer has placed cooperative play at the core of their game. Up to three Colonial Marines can band together to increase their chances to make it out alive. There are five classes from which players can choose. The core set includes Gunner, Demolisher, Technician, and Doc. The fifth and final class, Recon, isn’t unlocked by default. Each of these classes come with their own abilities and unlockable perks, providing them a specific role in the united front against the varied Xenos and synthetics.

The all-rounder Gunner comes equipped with a frag grenade and the ability to temporarily boost reload speed and fire rate. The Demolisher sits as the sole class capable of wielding heavy weapons, including the iconic M56 Smartgun. This tanky class also sports the power to trigger an explosive AOE as well as launch rockets. Choosing Technician opens up the option of setting down a sentry turret, whereas Doc is ready to patch up the gang (as the title implies). Since teams are limited to three players, everyone must choose their role carefully and assess the synergy between classes and loadouts.

Given the focus on cooperation, it’s odd that Cold Iron Studios has decided to forgo the inclusion of voice chat. In a game where the hostile masses can quickly overwhelm players, being able to discuss when to use certain abilities or provide callouts would be helpful. The omission certainly handicaps those that squad up with random people. This issue may not be the biggest deal for those with a few co-op friends already in mind since each platform’s existing party chat systems should suffice in place of an integrated option. Furthermore, the lack of crossplay means there’s no need to figure out cross-platform chat.

Should anyone choose to go it alone, two synths called Alpha and Beta will accompany the player in missions. I would highly advise against experiencing Aliens: Fireteam Elite in this manner. The AI is laughable and completely inviable on upper difficulties; even Casual saw the two synths downed more than once. Many times I watched one of the synths lob a grenade at a single, base form Xenomorph instead of targeting the bipedal Drone charging in for the nth time to land another devastating, QTE-activating grapple. But that’s about as well as I’d imagine random matchmaking working out for those without the aid of voice chat.

With real-life humans or digital synths, the campaign wraps up well before the 10-hour mark. It’s a relatively brief ride that banks on players’ desire to replay the same missions and unlockable Horde Mode again and again. The main goal of repeating content is to increase the power level of equipped gear while grinding out class levels to acquire extra perk slots, which can modify class abilities in various ways — one example is changing the Demolisher’s micro rockets into napalm rockets. Only the most devout Alien fans are likely to find themselves returning to the game week after week to log hours increasing weapon star ratings, capping out class ranks, and so on. The rest of us are unlikely to find ourselves drawn back into the dark, claustrophobic corridors once the story has reached its conclusion.

It’s a shame because the developers clearly want Aliens: Fireteam Elite to be your next major time investment. Every system seems designed with the thought in mind that players are strapping in for the long haul. The incremental progression system feels much slower than it should be. Classes level slowly, but they are not as terribly paced as the weapons, which I barely pushed a single of the numerous fictional firearms through its initial star rank over several hours of play. The present progression pacing wouldn’t be an issue if there was considerably more content throughout which players could grow their characters. As it stands, players are left to re-run the same twelve missions (plus Horde Mode), with any sense of “freshness” coming from the modifier Challenge Cards.

Aliens: Fireteam Elite presents a third-person co-op shooter in the same vein as Left 4 Dead, a formula also providing us Back 4 Blood and a World War Z refresh this year. In terms of Alien video game adaptations, Fireteam Elite doesn’t dip into the dreadful territory as the notorious Aliens: Colonial Marines. But it is closer to Gearbox’s failed FPS than it is to Creative Assembly’s critically acclaimed Alien: Isolation. Cold Iron Studios can offer you and a couple of friends a weekend diversion, but don’t expect to be donning the uniforms of these Colonial Marines on a regular basis once the campaign has reached its finale.

[Editor’s Note: Aliens: Fireteam Elite was reviewed on PC via Steam and a copy was provided to us for review purposes.]

Not for the single player

How Long is Aliens: Fireteam Elite?