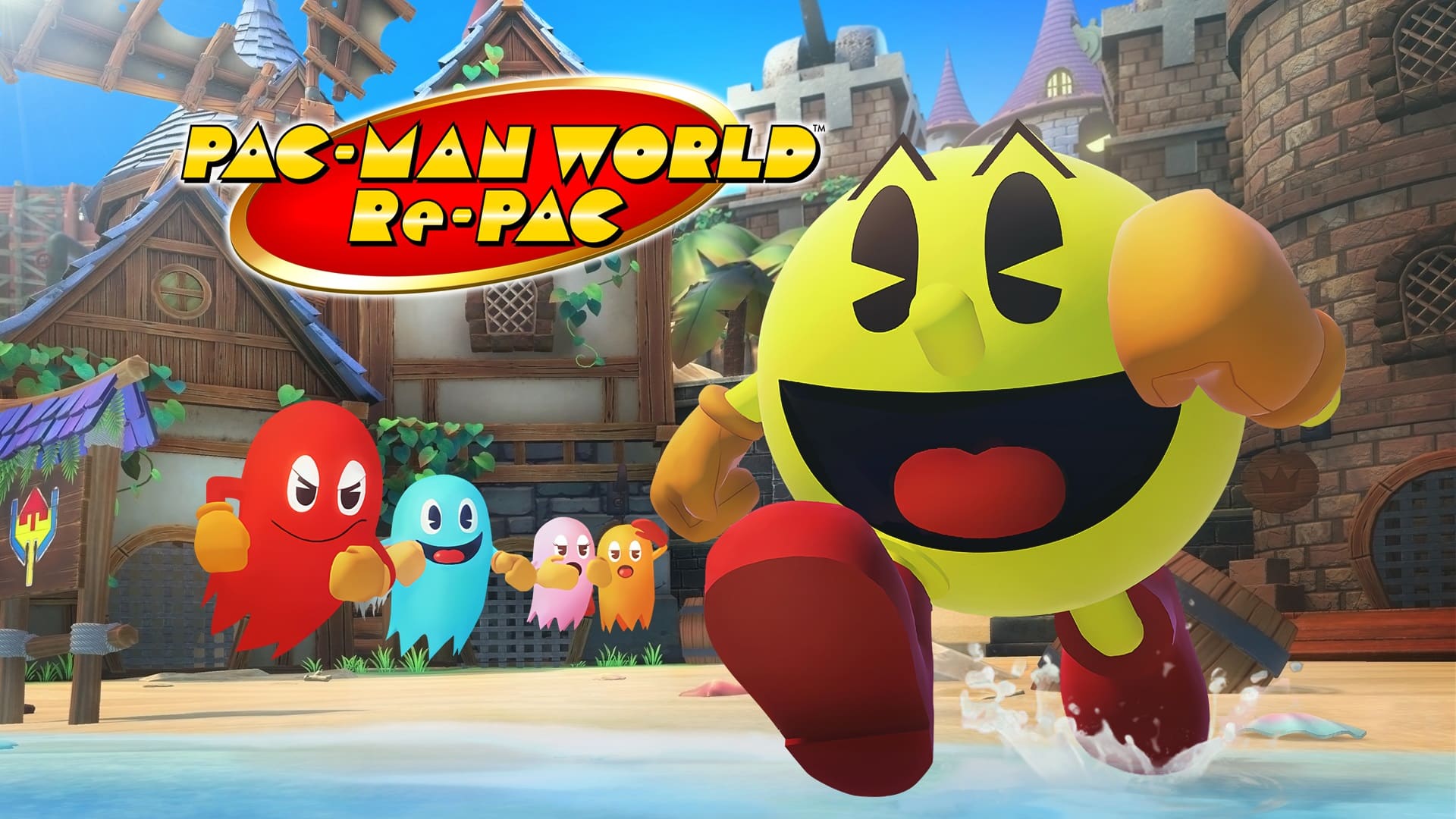 One of the hardest things for any long-standing brand to do is remain relevant in an ever-changing world. While everyone knows Pac-Man, it’s remembered as the classic arcade game where you go around a maze avoiding ghosts until you finish or eat the Power Pallet to turn the tables on them. As gaming started to evolve, Pac-Man tried its luck in other genres and settings, with one of the most successful being the PlayStation title Pac-Man World. It found a lot of success by merging a beloved character with some innovative, at least for the time, platforming, and diverse set of levels/mechanics. Now Pac-Man is back with Pac-Man World Re-Pac, but will the remake find the same magic, or was it merely good for the time?

There really isn’t much of a story behind Pac-Man World Re-Pac. Basically, Pac-Man comes home and finds his friends and family are missing. This is due to the evil Toc-Man and his ghostly army taking them, who you need to defeat if you want to save your friends. Even at the time, it wasn’t the most robust story, but it is nice to see the scenes were touched up, something that doesn’t always happen for one reason or another.

Similar to the original release, the main draw of Pac-Man World Re-Pac is gameplay. Keeping true to games at the time, it feels deceptively easy on the first couple of levels. It’s meant to be a simple tutorial, often with more accessible mechanics or primary foes, before implementing complicated timed jumps and difficult-to-avoid stage mechanics.

These can absolutely be tricky for less skilled or newer players, but never hits the level of difficulty of some of the other iconic games of the time. For the vast majority of levels, the challenge is, quite honestly, entirely optional.

Instead of having a wide variety of tricky jumps, most stages break them up. Players generally need to show some skill to complete even early stages, like jumping on canon covers in the brief window they open. Still, the most complex and tedious things are related to optional collectibles and side tasks. They’re a tremendous challenge, sometimes impossible to do if you mess up once, which adds a fair amount of replay value. Even trying to find them all, I missed more than a few on my initial run and messed up a few other jumps. The nice thing isn’t just that it adds replay value or a reason to try seemingly silly things; there is a score that rewards players who can do it all perfectly. It’s something to continuously work towards, but not so tricky it excludes anyone. That said, if you do find something too hard to do, there is an “easy mode” that increases your air time, making it easier to survive a mistake.

Another nice touch is how Pac-Man World Re-Pac attempts to say true to its roots. There will be ghosts, typically by some mechanic that will give you a Power Pallet, that you need to eat and consume all the ghosts within the time limit for bonus points. In addition to that, there are unlockable maze levels that mimic the iconic game, often with some new enemies or mechanics from the later areas. They shouldn’t add much difficulty, but enough to make them stand out. Finally, there are other optional tasks where you can find and save some familiar faces.

Keeping true to games from that time period, sections end with a boss battle. These bosses are not exactly challenging, no more so than many of the optional platforms, making them a fun little mini-game. They often have simple mechanics that use your core skills in various ways, such as reflecting cannon balls at a ship. They’re fun without really hitting a negative.

While there is a lot of good, as even the updated look is a good balance between modern and classic, it can’t make up for some Pac-Man World Re-Pac‘s original weaknesses. For one thing, this is not a particularly long adventure. Even including replay value, you’re likely only going to get around 9 hours of gameplay. From there, several levels are guilty of needless backtracking. As in, you might need a cherry to open a gate, but the cherry you need is in the next section, so you finish the current jumping puzzle, open a door, walk around a platform to a chest that gives you the cherry, which then needs to be brought back to the last gate to unlock the next thing to do. These are extremely common, especially for notable collectibles, something that will stand out.

Optional Maze Stages Are Like the Iconic Original Games

The controls can also result in the death of two. Like, there is a jump where you crash into the ground to bounce higher and another input that causes Pac-Man to run in the air to the last longer, though hitting the wrong input can cause death. It isn’t fun, especially on some of the optional sections where that is pretty easy. Another thing is some objectives are hard to understand due to poor camera angles or history. While I’m not proud to admit it, I made that mistake with the canons at the end of the third stage because I didn’t notice the obscured pad that you’re supposed to run on to get up top.

Pac-Man World Re-Pac is a good remake of a solid game from the past. It has enough bite to remain fun, even for more skilled individuals, but also options for those who need a helping hand. These, coupled with the improved visuals and variety of tasks, make for a solid, albeit short, experience. So if you have always wanted to play Pac-Man World or enjoy the genre, you’ll probably love this.

[Editor’s Note: Pac-Man World Re-Pac was reviewed on Xbox Series S, and a copy was provided to us for review purposes.]

Good difficulty balance, with even an easy mode for those who disagree

Bosses can be rather underwhelming