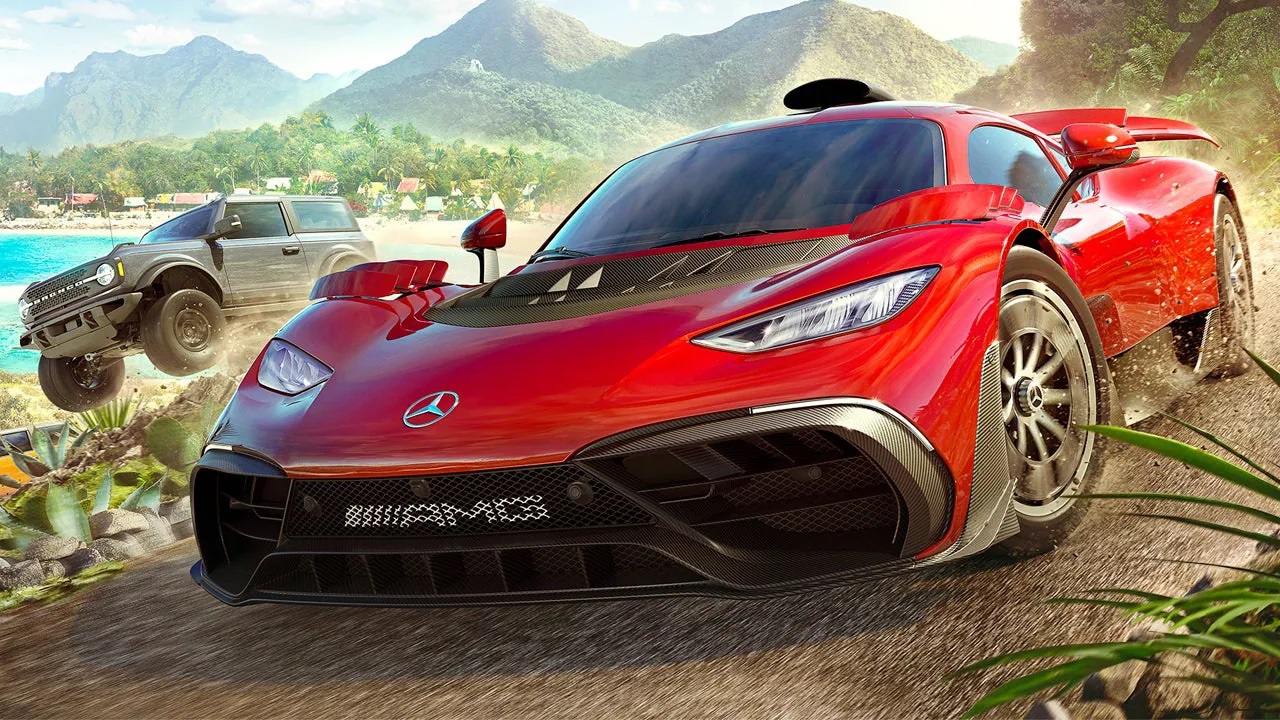 Forza Horizon is back and it is taking the street races, danger signs, barn finds, and much more to the beautiful landscapes of Playground Games’ fictionalized slice of Mexico. The fifth iteration of the open-world racer brings more of what we saw in the prior installment with a limited number of additions, but we are by no means complaining. Playground Games is in a league of their own with this Microsoft IP, and Forza Horizon 5 proves that the arcade racer crown is still theirs.

Forza Horizon 5 sweeps players away from Britain to an even more diverse environment in Mexico, carefully and creatively crafted using cultural consultants and Mexican artists to ensure a sense of authenticity despite the make-believe locale. The stunning surroundings sit as the biggest star of the new entry, largely because the rest of the formula remains familiar. Again, that isn’t a dig at what’s on offer. There is a lot of life left in this exhilarating framework. If it ain’t broke, don’t fix it, right?

Forza Horizon 5 kicks off the festival with a high-energy airdrop — players are driving a Corvette headfirst into a sandstorm one minute and then tearing through a dense jungle in a Porsche the next — giving a quick glimpse of different racing conditions and vehicle categories. It’s an electrifying kick-off to the many hours ahead speeding across the Mexico setting and its invigorating atmosphere.

The game sets players loose into the world to tackle its sprawling map however they see fit, unlocking a plethora of new activities as they progress. Cross country races, PR stunts, and so on all begin appearing as Horizon Adventure Chapters are unlocked. This is one of the few new components. Horizon Adventures form the main campaign running throughout the mostly freeform experience. The aforementioned adventures are tied to outposts, which must be unlocked and set up across the map. Each outpost specializes in a particular set of events. For example, building the Apex outpost drops road racing icons all over the map.

Given the wide range of racing conditions, whether a heavy downpour or muddy descent from an active volcano, players will need a wide range of cars to meet the diverse challenges. And, oh boy, are there a lot of cars from which to choose. Playground Games has put several hundred varying vehicles on display in graphically-impressive glory, ranging from classic muscle cars to modern supercars to Halo‘s Warthog. Each car handles and excels in its own way, too. Collecting the lot of them is almost as fun as driving them. In an era of prevailing live service looter shooters, it’s hard not to view Forza Horizon 5 as the racing equivalent given the collect ’em all vibe underpinning the systems awarding random cars via accolades (read: challenges) and wheelspins, a slot machine-style reward system.

The constant flood of new cars of various classes creates an addictive loop. There’s always something new to drive and tune to better acclimate the ever-growing garage selections to the wide array of events. Because the game throws everything from B to S2 tier cars at the player from the beginning, the progression isn’t linear in the sense that the core goal is to build up to the highest rated vehicles. The game will award selections from those prestigious categories early on. But the Drivatar AI commonly in control of opponents scales to the player’s chosen car, ensuring that races adhere to a similar baseline. The main progression path comes from unlocking cars, opening up map activities, investing in tuning vehicles to unleash their maximum potential, and partaking in the seasonal festivities. Even those who don’t consider themselves a gearhead like myself can take advantage of the deeper systems thanks to community blueprints that enable the application of popular tuning blueprints and liveries, the latter of which equates to paint jobs; after all, aesthetics are as important as performance.

Speaking of community, one of Forza Horizon 5‘s additions includes Event Labs. Event Labs is in its infancy at the moment, but as the player base grows and user input increases it has the potential to become a staple component of the Horizon series. Event Labs allow players to create custom rule sets and modifiers for their own races. These can be as wild or as straightforward as the creator wishes. Playground Games has implemented some of their own custom-made courses at launch to give players an idea of what they can do, but it will be very telling to see how the community runs with the tools at their disposal. Undoubtedly, the landscape of Forza Horizon 5 could look very different in the coming months as certain community-borne challenges take hold.

Forza Horizon 5 is a masterclass in arcade racing. There is no equal out there. Burnout has all but disappeared; Need for Speed has fallen from its once-lofty heights, and The Crew is hardly a competent competitor. Playground Games have proven that their formula is still king, offering up countless hours of racing bliss as the live service seasonal format unfolds. As long as you aren’t looking for a more simulation-bound experience like Forza Motorsport, you simply cannot do better than Forza Horizon 5.

[Editor’s Note: Forza Horizon 5 was reviewed on PC and a copy was provided to us for review purposes.]

Mexico is a gorgeous setting

Over 500 cars to collect

Not for those seeking realistic simulation

How to defeat the Hydra in Shin Megami Tensei V

Forza Horizon 5: How to Redeem the Welcome Pack