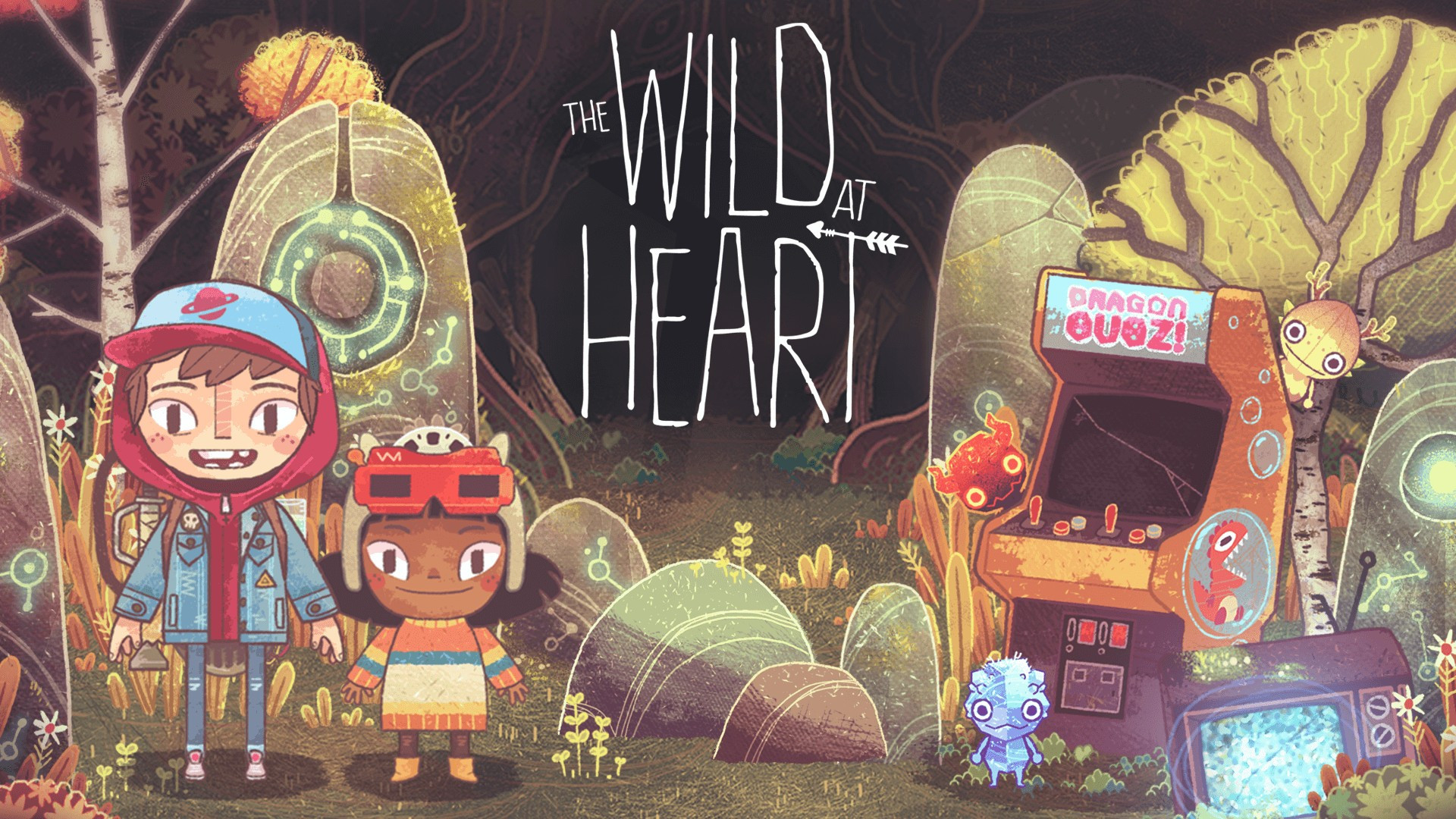 The Wild at Heart is a game about two children running away from home only to find themselves on a wild adventure to save a magical realm from an encroaching darkness. At the game’s opening, you play as Wake, a young boy who seems to be running away from a neglecting parent. Here’s our The Wild At Heart Review.

The house is a mess. With trash bags, beer bottles, and past-due notices all around, the kid is clearly not living the life of luxury. And while the opening hour of The Wild at Heart feels like it’s going to be a deep, serious journey into Wake’s struggle for love, self-fulfillment, and reconciliation, that all falls away rather quickly as you get into the heart of this game.

As mentioned earlier, you start off playing as the boy named Wake. While you are running away from home, Wake is supposed to meet up with his best friend Kirby as they have been planning this for months. Instead, Wake gets lost in the woods surrounding his home and finds himself inside a mysterious hidden realm called the Deep Woods. Inside these Deep Woods, you meet all manner of creatures, but your main allies are the Spritelings. Wake uses these little guys as the main gameplay mechanic as he can gather swarms of Spritelings and use them to unlock all the different puzzles on the Deep Woods.

As with any game worthy of the metroidvania title, the Deep Woods is seemingly fully accessible right at the start but with each area blocked off by a puzzle that can only be solved by gaining new abilities. Each new ability in The Wild at Heart comes from obtaining newer Spritelings. There are five different types of Spritelings, each with its own sets of unique skills.

Eventually, Wake runs into his best friend Kirby. As Kirby joins Wake, this also allows you to be in two places at once since you can switch between each character at will. Kirby can also command the Spritelings just as Wake can, so things get rather complicated, and I found myself scratching my head on several occasions. The puzzles in The Wild at Heart are no joke and will be a challenge even to veteran puzzle solvers.

What makes The Wild at Heart stand out from other metroidvania games is that not only do you have to contend with the puzzles, but you also have to be keenly aware of your surroundings. The world of the Deep Woods is not a friendly one. There are plenty of enemies that will eat your Spritelings. These same enemies will hurt Wake and Kirby as well, but it seems more like collateral damage than intentional. To make matters worse, when the sun goes down, these creatures called the Never come out. Being aware of just how far away from camp you are, is vital to surviving in the Deep Woods.

These creatures of the dark will easily one-shot your Spritelings. While this is terrifying, once you realize that Spritelings never really die (because you can simply respawn them back at camp given you have the right resources) the game now becomes one of resource management. Wake and Kirby can also craft a large number of items while at any of the numerous camps spread throughout the Deep Woods. Using different resource combinations, they can create items that restore their health, deal damage to the Never, make the Spritelings hit harder, or even invincible for a short period of time.

The Wild at Heart seems confused about its own identity

Without getting into spoilers, The Wild at Heart’s main story arc steals the spotlight, but not in a good way. The Deep Woods and all its inhabitants are under attack by the Never. This is not a new thing as the Greenshields, an organization tasked with keeping the Never under control, have been protecting the Deep Woods for a really long time. We’re never really told how long exactly. But essentially, the Never is getting stronger and it’s up to Wake and Kirby to help the Greenshields.

But each night, if you decide to sleep through it, Wake and Kirby have dreams that seem like their subconscious trying to work through their struggles with their parents. And this is where the Wild at Heart loses me. Even after completing the game, while Kirby’s story is fully explained, Wake’s just feels pushed to the side. Again without getting into spoilers, for me, this felt like the biggest shortcoming of The Wild at Heart. I would really have liked seeing a bit more regarding Wake and his relationship with his parents.

The one thing that stands out the most about The Wild at Heart is how gorgeous the art style is. Everything has kind of this storybook vibe to it. Granted players won’t ever be stunned by what’s on the screen, but that doesn’t seem to be what the devs were going for in the first place. The visuals of this game are so soothing, that I enjoyed every minute of it. Even when it was too scary to run through the night to get back to base, just letting Wake, Kirby, and their swarm of Spritelings camp by a random lantern while waiting for the sun to come up was relaxing.

The Wild At Heart Review Verdict

Anyone who picks up The Wild at Heart will not be disappointed. It is entirely possible to blaze through the story of this game in a single sitting if you have a decent guide handy or already know how to solve the puzzles. There is nothing wrong with playing this game like that, especially since the real joy here is being able to experience the calming effect this The Wild at Heart seems to have. The soothing music (during daylight hours), enjoyable graphics, and low cost of entry make this game a solid choice for anyone.

[Editor’s Note: The Wild At Heart was reviewed on PC via Steam and a review copy was provided by the publisher.]

The Wild at Heart is Wildly Wonderful

Puzzles are well challenging without being overwhelming

Large variety of mechanics that are easy to learn and master

Ghost of Tsushima: Director's Cut gets rated by the ESRB