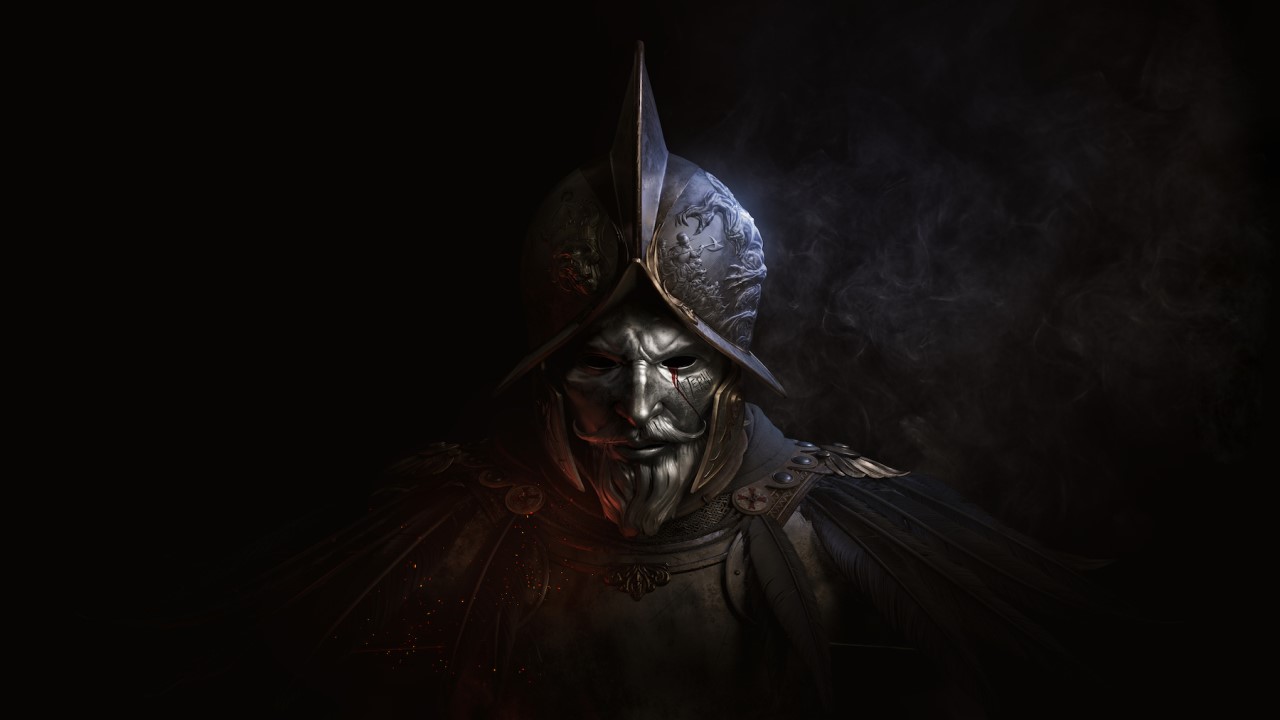 The MMO genre has been rather busy in 2021. We have seen multiple MMOs either make their debut or receive new content. The Elder Scrolls Online saw the launch of its Blackwood chapter; the ever-popular Final Fantasy XIV is closing in on its Endwalker expansion; Bless Unleashed found its way to PC; and numerous other titles such as Elyon, Sword of Legends, and Phantasy Star Online 2: New Genesis drive the point home that 2021 has been brimming with options for fans of the genre.

Now let’s turn our attention to another MMO that squeezed itself in this year’s bustling calendar. Amazon Game Studios has, after several delays, finally launched their own MMO: New World. Amazon’s gaming division has struggled to strike gold with their previous attempts. Competitive multiplayer offerings Breakaway and Crucible were cancelled, the latter of which barely launched before it was hated into nonexistence. Even the likely surefire win that would have been the Lord of the Rings MMO fell prey to cancellation due to a dispute with Tencent.

With virtually every other product permanently shelved before or shortly after release, all eyes are on New World as the potential success story for Amazon Game Studios. The popularity of the beta pointed toward a promising reception, but we all know that the real story reveals itself in a post-launch environment. And New World‘s full release state has left us feeling mixed about its future.

There’s an intoxicating energy that weaves throughout the launch of a new MMO. New World is no exception here. Moments after launch, servers immediately saw lengthy queue times as everyone rushed to explore the vast island of Aeternum. After designing a character using relatively limited creation options, players are dropped onto the mysterious shores of the supernatural land. I will say, Amazon’s Lumberyard engine immediately shines, as it highlights the beautifully vibrant environment — even if the coding behind it all may be coupling with hardware quality deficiencies, resulting in unfortunate deaths of some cards.

Aeternum is a sprawling locale brimming with buzzing settlements and varied sites of hostile encounters. While the colonial avatars begin their journey washed ashore with ragged threads, they quickly immerse themselves in the dealings of the Ancients and the arcane Azoth resource. And that’s about all there is worth knowing because the uninspired questing structure doesn’t lend much engagement for the forgettable story beats. It’s hard to care about being directed to kill a specific animal or undead for the nth time. And you would be forgiven for quickly losing interest in how such mundane tasks relate to the overarching narrative.

The combat sitting at the forefront of these objectives is real-time and action-oriented. Players can choose from a multitude of weapons including the great axe, war hammer, hatchet, spear, sword and shield, rapier, bow, musket, life staff, fire staff, and ice gauntlet. Most of the class archetypes are covered here, and the inclusion of a polearm should please those that notice its absence elsewhere (ex: Elder Scrolls Online). Curiously, career rogues will have to look to the bow and its trap-based skill tree; you won’t find any daggers to add a ninja to the legions of pirates strolling about. Still, I rarely tired of lobbing spears into the island’s foes.

Each weapon possesses two skill trees, each targeting different possible playstyles. That’s not to say you can’t pick a bit from both trees; you are empowered to mix and match to achieve peak viability. The hotbar is limited to three active skills, which are dictated by the currently equipped weapon. Two weapons can be swapped between at a time, meaning there are six skills available in a given encounter. For example, a player may use the bow’s Poison Shot and then switch to the spear to use Sweep as the enemy closes the distance. It’s an effective yet limited setup. The lean hotbar lineup means that enemy encounters largely play out the same whether you have invested 10 hours or 100 hours. The main difference comes from speccing out the passive skills and finding gear with complementary stats.

A World of Swashbuckling Merchants

Players will accumulate a vast wealth of gear throughout their travels. Light, medium, and heavy armor pieces of varying rarities await. This weight system correlates with a Dark Souls-esque mechanic, tying the speed of the player’s dodge to their weight load. Additionally, going all light offers up better damage and a speedy roll, whereas opting for a complete heavy set buffs blocking and crowd control duration while reducing the dodge to a short sidestep. Figuring out the weight thresholds for the desired bonuses enables players to configure armor to maximize their effectiveness.

Eventually, players will have more excess gear (and other items) than they have space for. Town storage can be used, but not everything is worth keeping. This is where one of New World‘s interesting design choices arises. There are no NPC shop owners present to buy those unneeded items. Nor are there merchants standing by to offer up goods for purchase. Aeternum features a fully player-dependent economy. Players can utilize trade posts to buy and sell goods. It’s a compelling idea in theory, but the execution has already led to issues. The scarcity of gold in the game has caused massive deflation, reducing the cost of countless items to a handful of coins. Players have even started bartering directly with each other in some cases to avoid parting with the rare gold. The current state of gold has also begun acting as a barrier for homeowners given upkeep costs and the dwindling profits to be made on the market.

Another rare resource is Azoth. Players will quickly familiarize themselves with it as a requirement for using fast travel. Azoth is primarily gained through quest completion and there’s a chance it’ll appear as a drop from higher level enemies. Aeternum isn’t a small place. And the lack of mounts — the in-game explanation attributes the the missing feature to animals being resistant to domestication efforts — makes the on-foot journey from places rather tedious, meaning players are likely to frivolously spend Azoth in the early hours before realizing its scarcity.

Mine, Fish, and Chop Till You Drop

Once those main story quests are gone and faction (Covenant, Marauders, and Syndicate) ranks have been ascended, New World primarily leans on interest for grinding out dungeons and engaging in PvP in what can only be summed up as an incredibly lean endgame. The PvP aspect is a fairly large chunk of the New World experience. Much like the economy, various other facets are tied into player input. Regions can be owned by companies (read: guilds), leading to certain bonuses for those enrolled in the same faction. Again, the idea has its appeal on paper, but the implementation has led to mixed results with entire instances of Aeternum being primarily owned by one faction. It’s no secret that larger companies have the upper hand here.

Of course, you could forgo the entire PvP experience and focus on what I believe New World‘s true focus is: trade skills. I have never seen an MMO embed trade skills to this degree. In fact, one could argue that New World is more of a survival game than the typical MMO. Gathering tools are upgraded from flint to iron to steel and so on. A steel skinning knife can slice off those rawhides quicker than a flint knife — stacking gathering speed territory bonuses boosts this process further. Increasing proficiency with the various trade skills opens up additional recipes. I don’t know how Amazon did it, but there is an odd tinge of joy surrounding the objectively mundane act of cutting down trees for hours. Seeing those new recipes pop up and unlocking the ability to gather rarer resources can be addictive.

New World is best enjoyed when you lose yourself to the rhythmic flow of mining ore and chopping trees. Oh, and let’s not forget fishing; I said goodbye to many real-world hours to hunting fishing hotspots. I can’t say if New World‘s survival game-adjacent design will be enough to hold attention for the long term. Current player peaks have already been halved from its impressive launch. Chances are those walking away from Amazon’s newest offering either have zero interest in PvP, are upset with the heavily player-driven systems, or find no joy in the (somewhat necessary) trade skill grind. Those that remain have likely seen the silver lining of the framework, even if Amazon needs to put more meat on those bones.

New World could be presented as a gateway to MMOs (“My First MMO,” if you will). The simplistic combat may entice those who have been overwhelmed by the busy hotbars of games like Final Fantasy XIV. The many allusions to survival games also provide an easy way to integrate those new to the genre. But I don’t believe everything on offer here is going to pull anyone away from the titan MMOs still holding their thrones. New World is at its best when you wander into the dense forests and toil away endlessly with the (arguably therapeutic) gathering portion of the game. Those pork chops and apple sauce meals won’t cook themselves, after all.

Player-driven systems (when they work as intended)

Player-driven systems (when they don't work as intended)