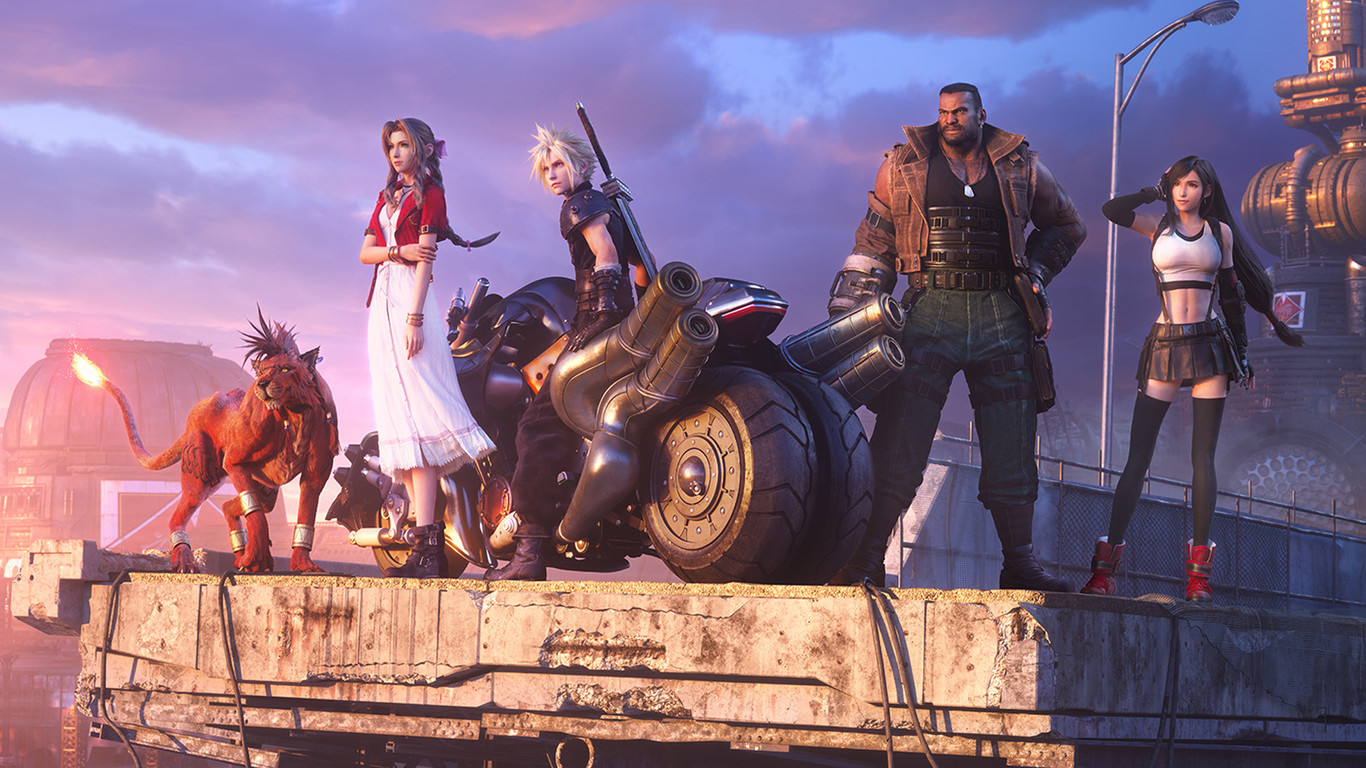 Final Fantasy VII Remake Intergrade succeeds for the same reasons the TV series Invincible does so well. By now, a good portion of gamers knows that Final Fantasy VII told the story of Cloud’s battle against the Shinra Electric Power Company, Sephiroth, and a being known as Jenova. Even if we have a good idea of what should happen, Final Fantasy VII Remake Intergrade chooses to play around with the details. Midgar is given more stage time, Cloud’s issues are more apparent and other little changes make the experience engaging to returning fans, without taking things away from those who merely know the legacy. This all leads to a conclusion that has massive implications for the future, which we can start to see in the new INTERmission expansion.

The start of INTERmission is far from surprising. We’re introduced to Yuffie, a name fans of Final Fantasy VII and Kingdom Hearts should instantly know, who has just arrived in Midgar. Much to Square Enix’s credit, instead of simply adding Yuffie to the story, INTERmission acts as a tease for the next part of Final Fantasy VII Remake. Without getting into too many spoilers, there are hints to names and faces fans of Dirge of Cerberus: Final Fantasy VII might recognize, with plenty of other things to see. This all leads to a scene that has massive implications, while also seeming fairly harmless, that will leave you wanting more. But, before worrying about the future, it’s important to finish these adventures.

Over the years Final Fantasy has been rather hit/miss for action games. While there is still room to improve, Final Fantasy VII Remake Intergrade does a great job of blending action mechanics with traditional turn-based controls. The ability to start a combo, slow down time to use a spell, and then finish off enemies, works surprisingly well. There is a decent learning curve like I initially wondered how in the world was I supposed to win this fight, before learning the best tactics to use frequent attacks and gauge usage. Simply knowing when to punish an enemy or attack using an attack will have a massive impact on your success. Though, it can also be done by relying on fundamentals, distance, and timing your attacks.

Since this is an enhanced version, the additional frames and improved visuals add a lot. The already lovely world takes a step further, with every action feeling silky smooth. Even after playing it on PlayStation 4, the improvements added enough to warrant another go. INTERmission handles it especially well, building things around the concept or allowing players the ability to make the most of the setting. It’s absolutely the type of experience that is exciting to just look at and pays off in the end.

If there really is a negative, besides the learning curve for combat, some sections feel like filler. INTERmission was especially guilty of this. There were just times when you’d need to shoot down a rope or climb a building to get a better shot, largely for the sake of filling out the mission. This gets better as you progress towards bigger and better things but it’s easy to get lost moving towards the most interesting sections.

Beyond that, all the best elements of Final Fantasy VII are retained. There is a robust leveling system, materia to enhance gear, each character offering their own unique play style and so much more. At times it can be overwhelming but, like all good RPGs, once you know what to do it all becomes second nature.

There is a lot more that can be said about Final Fantasy VII Remake Intergrade but the important thing is that it really captures the best parts of Final Fantasy VII. The story is familiar but building towards a better, more cohesive, experience that might ultimately surpass the original. Combat is engaging, fun and robust, complete with unique actions and delightful moves. The newly added INTERmission DLC does a great job of integrating a beloved character in a way that makes the future far more exciting than the present. And, in all and all, this looks to be the start of a wonderful journey that we can’t suggest more.

[Editor’s Note: Final Fantasy VII Remake Intergrade was reviewed on PlayStation 5 and a copy was provided to us for review purposes.]

Wonderful revisit with some twists and turns

Combat is engaging and fun

At times, combat can be rough