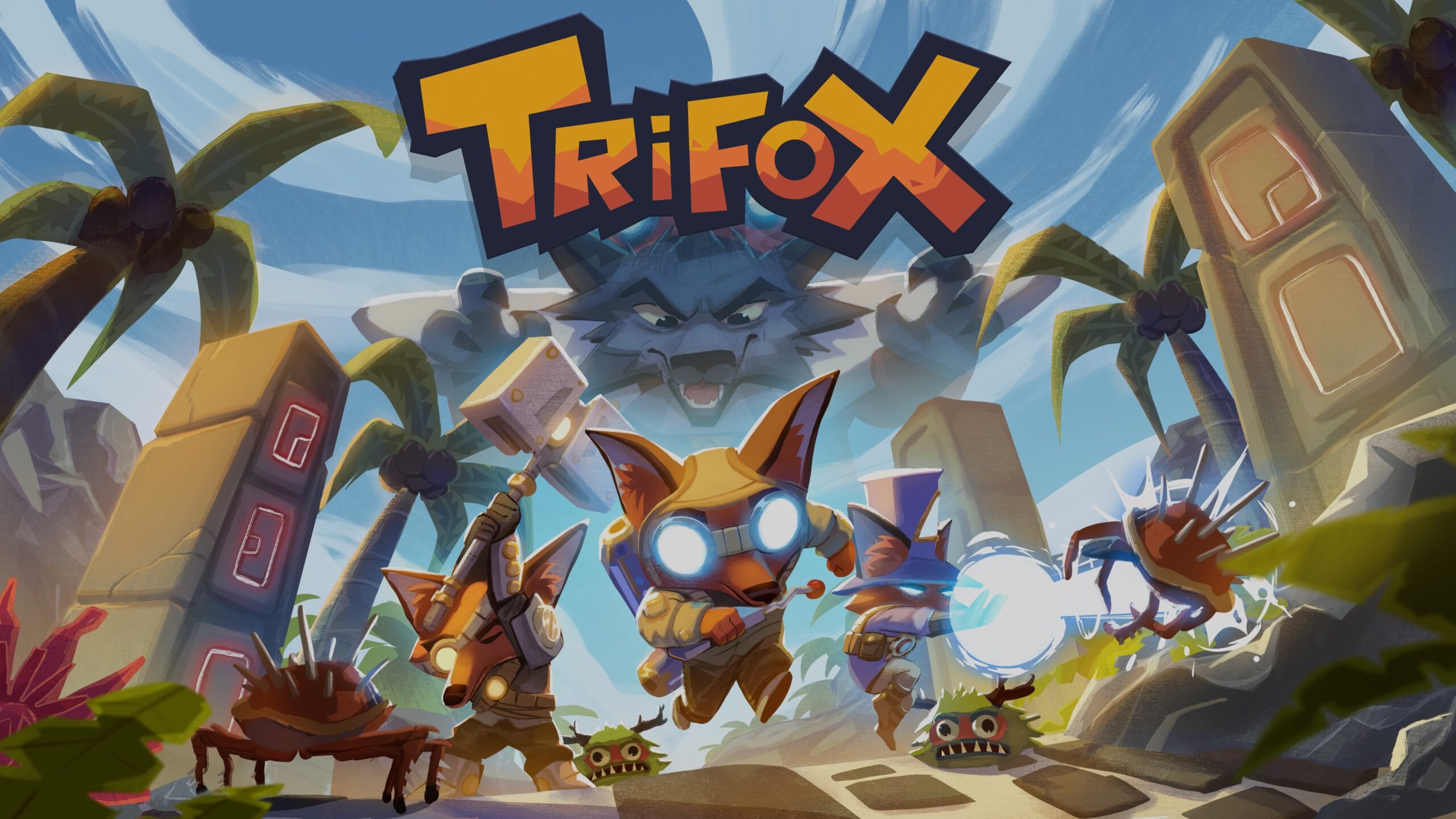 Growing up there was no shortage of cute action adventure titles. Overtime the genre started to lose popularity, with the only reliable release being Ratchet and Clank. Seeing an obvious shortage in the market, Glowfish Interactive wanted to fix things with their twin-stick, fox based game, Trifox. With a silly premise, cute characters, and a wide array of powers, is it an absolute must for fans, or is it proof these titles are dead?

Trifox begins in typical fashion with a rather silly premise. Some heinous villains stole your remote, so you take on a criminal organization that includes pirates, mages, and a dude with his brain showing, to get it back. The silly reasoning takes me back to the PlayStation 1-era, where stories were a vague series of events held together by wacky logic. Keeping true to the time, cutscenes explain little, often implying some series of events that end with you defeating the major threat. Since there is little narrative, this means gameplay needs to carry this adventure.

As the name suggests, Trifox gives players access to three different classes. These are the Mage, Warrior, and Engineer. Each class is given a handful of abilities, which include passive, defensive, and offense skills, that can be assigned to each trigger button. One nice thing is the ability to mix and match these abilities, though in typical fashion, some skills far exceed others.

Unless you’re playing on a really high difficulty, there really isn’t a place for defensive skills. There are more than enough offensive abilities to handle foes before they become a problem, with some giving the additional benefit of removing argo from you. For this reason, turrets, high power magic attacks, and certain melee moves far exceed everything else. This is an unfortunate choice, as you need to play a really specific way to see value in about half of the abilities.

This is largely due to how Trifox is set up. Levels follow a fairly predictable pattern of alternating enemy gauntlets, and some kind of puzzle. Given there is a small pool of enemies, it’s often better to use a range attack with turrets to supplement your damage. I also found using a high damage blast is perfect for more powerful foes, though these can be risky due to splash damage. Beyond that, most rooms are just waves of enemies rushing, or exchanging gunfire until one of you dies. It’s fun at first, though it doesn’t take long before you’re over it. The same can be said about puzzles.

Most puzzles are incredibly straightforward. Typically, it’s either moving an object, standing on a plate, or staying alive on a moving platform. Given these are some of the most common designs from the past, it doesn’t help Trifox stand out in any meaningful way. This is especially true when you figure the design is rather tedious.

It was incredibly common for Trifox to give players more options than are actually necessary. Creative use of your powers make it easy to transverse most locations, often skipping two or three steps at a time. This can be rather unfortunate, as a lot of time, and effort, went to creating pointless room mechanics.

Thankfully, it’s not all bad. Trifox takes a page from games like Crash by having collectibles in well hidden locations. Often times they involve looking at the stage a specific way, messing around with the mechanics, or just wondering if you can go a a certain place. What I like about these is the difficulty involved. Every one can be discovered, it just might take two or three attempts. Often times they also involve harder platforming sections, making the reward feel that much sweeter, even if they don’t seem to unlock anything.

Unfortunately, one disappointing element is length. With 13 total stages, this is an adventure that can be completed in two or three hours. Collectibles gives levels a slight bit more longevity, but for the average person this is a couple day adventure. It also doesn’t help that there are some annoying details as well.

Most levels have one or more cutscene to show you what is happening. Some are for plot reasons, with others indicating where/what you need to go/do. These can not be skipped, a choice that is really unfortunate considering one of the last levels has around 12 of them. Difficulty is also all over the place. Some bosses/sections have noticeable spikes in difficulty, with the average stage being incredibly easy. Don’t be surprised if an overwhelming number of mechanics, or enemies beat you on one stage, followed by having zero difficulty on the next.

Overall, Trifox is a fun game, it just isn’t particularly memorable, or notable beyond being reminiscent of classic adventures. In some ways a modern take on these things is great, it just makes it a hard title to suggest. Maybe if there was more content, better use of the three classes, or extended replay value, but in its current form it’s really only good if you’re looking for a new game like this.

[Editor’s Note: Trifox was reviewed on PlayStation 5, and a copy was provided to us for review purposes.]

Several classes/moves to help you survive

Takes about 3 hours to complete

Difficulty is all over the place