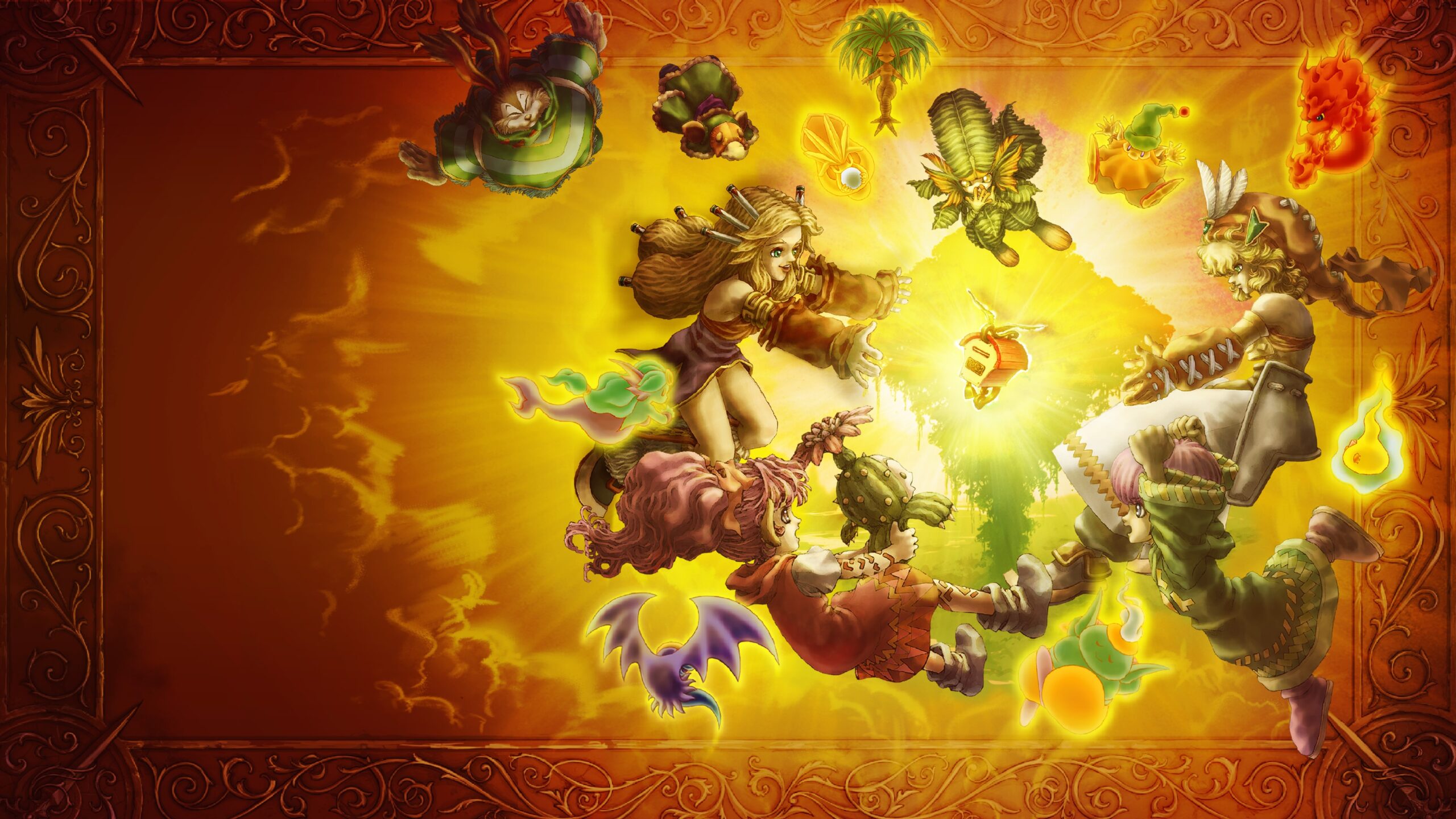 In most mediums, it’s hard to visit the past. Stories, shows movies, and games all age differently and tend to be hurt by what comes later. Movies, no matter how inventive tend to struggle with being less revolutionary or dated ideas that take away from the core experience. Games tend to have it the worst, due to amazing experiences from the past will be outshined by better implementation of the core ideas. This is one of the struggles remasters and remakes face, especially something like Legend of Mana. With it being an action RPG that released on the original PlayStation, can the core concept stand the test of time or does the remaster fall short of the intent?

Legend of Mana is a relatively straightforward fantasy setting. Players control either a male or female character that is on a quest to restore mana to the world. Beyond that, a couple of sub-stories involve helping the Jumi from would-be hunters, assisting some dragoons, and resolving a conflict between childhood friends. All of this concludes with finally venturing to the mana tree to complete their goal.

Legend of Mana Review: Offers its own take on traditional fantasy settings

While the story is nothing terribly shocking, it’s still enjoyable if you’re interested in fantasy games. There are also some small choices here and there that can determine the outcome of various events. It’s nothing mind-blowing or shocking, not even when it was new but there is enough to keep returning fans and newcomers interested, assuming gameplay resonates with you.

Legend of Mana is presented in a rather unusual way. The surrounding world, locations, and backgrounds are crisp and clear, with interactive items, enemies and characters have a pixelated appearance. It makes for a neat contrast though for some it can be rather off-putting. It gets better the further you get, as some of the later dungeons and stages are more pixelated than crisp like the town.

The core experience is also very reminiscent of previous RPG goals. There are a lot of optional interactions and plenty of stories to break up gameplay sections. Anyone looking to fight their way to the top might be disappointed to know there is a lot to see and a good portion of the experience is exploring every corner of the world.

Combat is one of the weakest points for Legend of Mana. Since this is a rather old game, controls are limited to a jump, light attack, heavy attack, and time progresses magic/skills. Most fights are little more than running up to the enemy, getting a hit or two in, and then moving away. Enemies tend not to get stunned and will gladly punish players who get greedy. This can make fights more repetitive than intended, something that is especially true for bosses.

Since they make use of the same mechanics, players generally need to be more careful. None of them are impossibly hard, especially when things are taken slow, though they can drag. On a high note, bosses tend to be a bit deeper than the average enemy and will reward players with openings or moves designed to make things easier.

This can be furthered by collecting resources, leveling characters, learning abilities, and generally growing your team. More options will open up as you progress, so it’s always important to pay attention to the little things before moving on.

There really isn’t much to say about Legend of Mana. It’s a game that stood out in the past but nowadays feels a bit dated. While the remaster captures the original feel, it comes down to what is important to you. If it’s a story and capturing the original thrill, you’ll love it and if it’s wanting to see what things are like with a modern flair, you’ll probably be disappointed.

[Editor’s Note: Legend of Mana was reviewed on PlayStation 5 and a review copy was provided by the publisher.]

Charming characters with a world you can interact with

Tries to capture the original experience

Can feel a bit dated

Combat is extremely simple and stiff

The contrast in design can be off-putting.