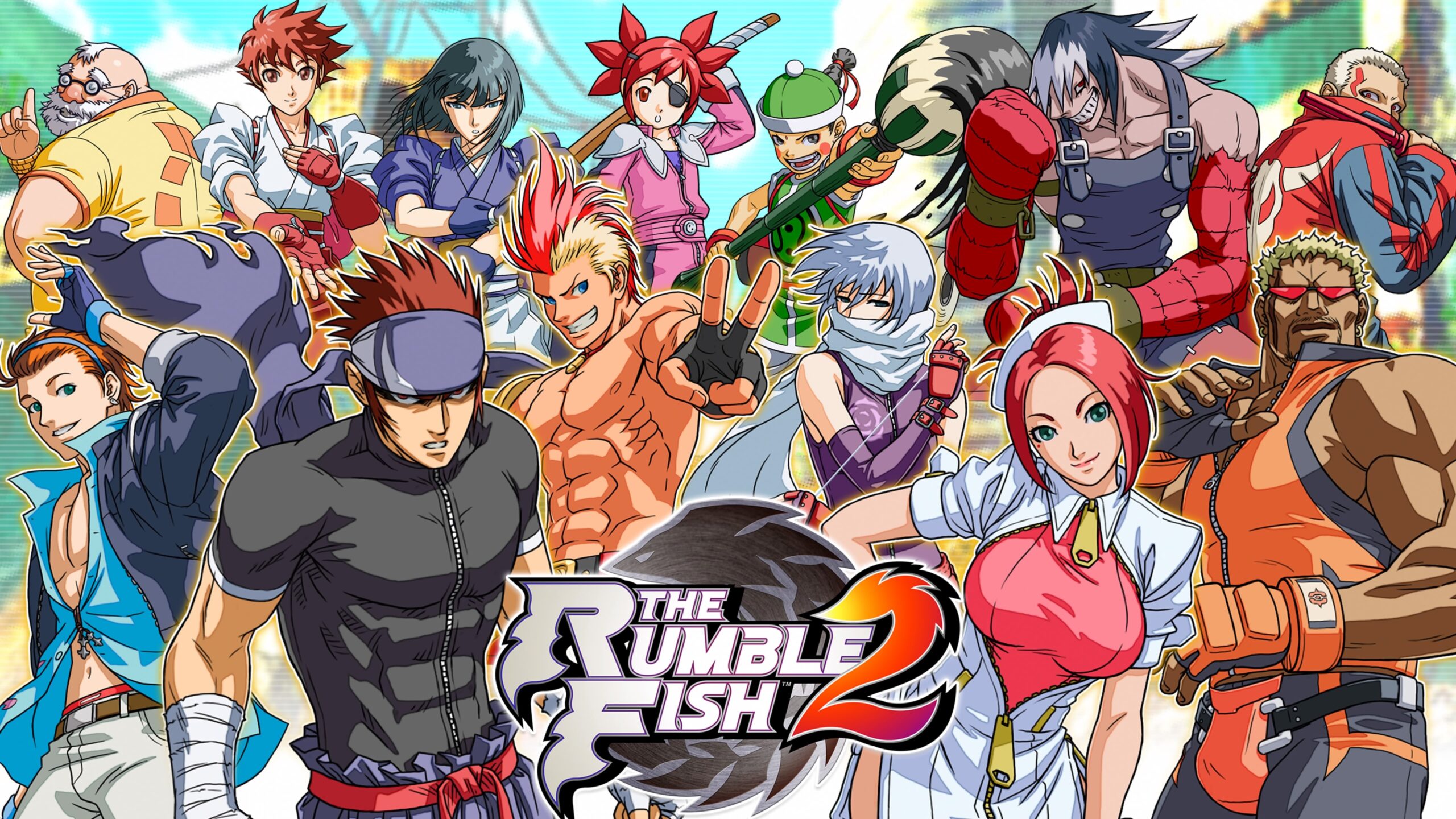 Over the years a number of notable games were lost to time. Some of these were due to unavoidable things, like servers going down, companies going out of business, rights expiring, but the most common is due to the platform it released on. Many arcade classics, or quirky titles from unpopular consoles, exist in a weird limbo where people still want to play them, but there isn’t a simple way to do so. Among these games is The Rumble Fish 2. Given the original arcade release was something of a cult classic; will this rerelease revive the franchise, or did they miss the boat?

While The Rumble Fish 2 has a narrative, it’s very similar to other arcade games in that era. There is vague premise, which starts with the narrative from The Rumble Fish. Basically, a large-scale disaster changed the world, humanity rebuilt, and a prominent organization, called PROBE-NEXUS, decided to hold an event called Fight for Survival, or F.F.S. for short. Following the events of the first game, the chairman of PROBE-NEXUS has stepped down. Now that another F.F.S. is taking place, there are questions of who is in control, as the various fighters compete to survive.

Honestly, none of this matters, as most of the narrative exists on the official website, over the actual game. When playing through The Rumble Fish 2 you’ll get a couple fights with a few lines of dialogue, that concludes with a couple cutscenes. It’s very reminiscent of Street Fighter 2, where there are pieces of a story present, but outside sources give most of the context/details. As a result, this means gameplay is the main attraction.

For a game from 2005, The Rumble Fish 2 is surprisingly advanced. The models are fairly detailed, there is a damage mechanic where sprites change, with even the core gameplay being surprisingly robust. One standout detail is separate gauges for attack, and defense, which allow players options to change the tide of battle.

Since there are multiple different ways to succeed, matches are a bit more interesting. You can use certain moves to deal with incoming attacks, or you can unleash a massive combo by utilizing advanced attacks to push forward, and keep the attacks coming. This, along with each character having their own mechanics, speciality, and quirks, makes for an interesting core experience, it’s just one that is held back by a wide array of poor choices.

Modern fighting games have made massive strides towards being more welcoming to newcomers. You play something like Them’s Fightin’ Herds, and there is a very detailed introduction to everything it has to offer. As for The Rumble Fish 2, you can fight an AI that can do a handful of actions, and slowly learn how to play. A few loading screens explain some things, but beyond that you’re forced to either figure it out on your own, go to the official website, or hope someone wrote a guide for it.

As for VS mode, it’s in a terrible place. Since this review was written about a month after The Rumble Fish 2 released, I was surprised by the lack of players. I tried multiple times to find a match, and failed to do so. While it’s possible I played at the worst possible times, along with having terrible luck, external numbers suggest the online community is simply not there. Steam Charts lists The Rumble Fish 2 as having an all-time peak of 17 players, with the average player count being 3.5. PSNProfiles lists 101 owners between PlayStation 4/5, which strongly suggests that the base simply isn’t there. It’s possible that things will pick up, though I would go into this assuming online will be dead.

The final, and arguably most egregious choice is charging for Hazama, Beatrice, and Greed. These characters were present, and playable, in the original arcade release, so charging $12~ on top of $30 for the base game, feels out of place.

Despite this being the first chance for a lot of players to experience The Rumble Fish 2, it’s in a state that is honestly unacceptable. With lackluster modes, reprehensible DLC practices, and gameplay that did not age particularly well, it’s in a rough spot. Add in the high initial cost of entry, and online seemingly dead, there is simply nothing that makes this stand out next to a wide variety of fighting games on the market.

[Editor’s Note: The Rumble Fish 2 was reviewed on PlayStation 5, and a copy was provided to us for review purposes.]

Some unique mechanics make this stand out, especially for the time

Online seems to be dead

Learning how to play is an uphill battle