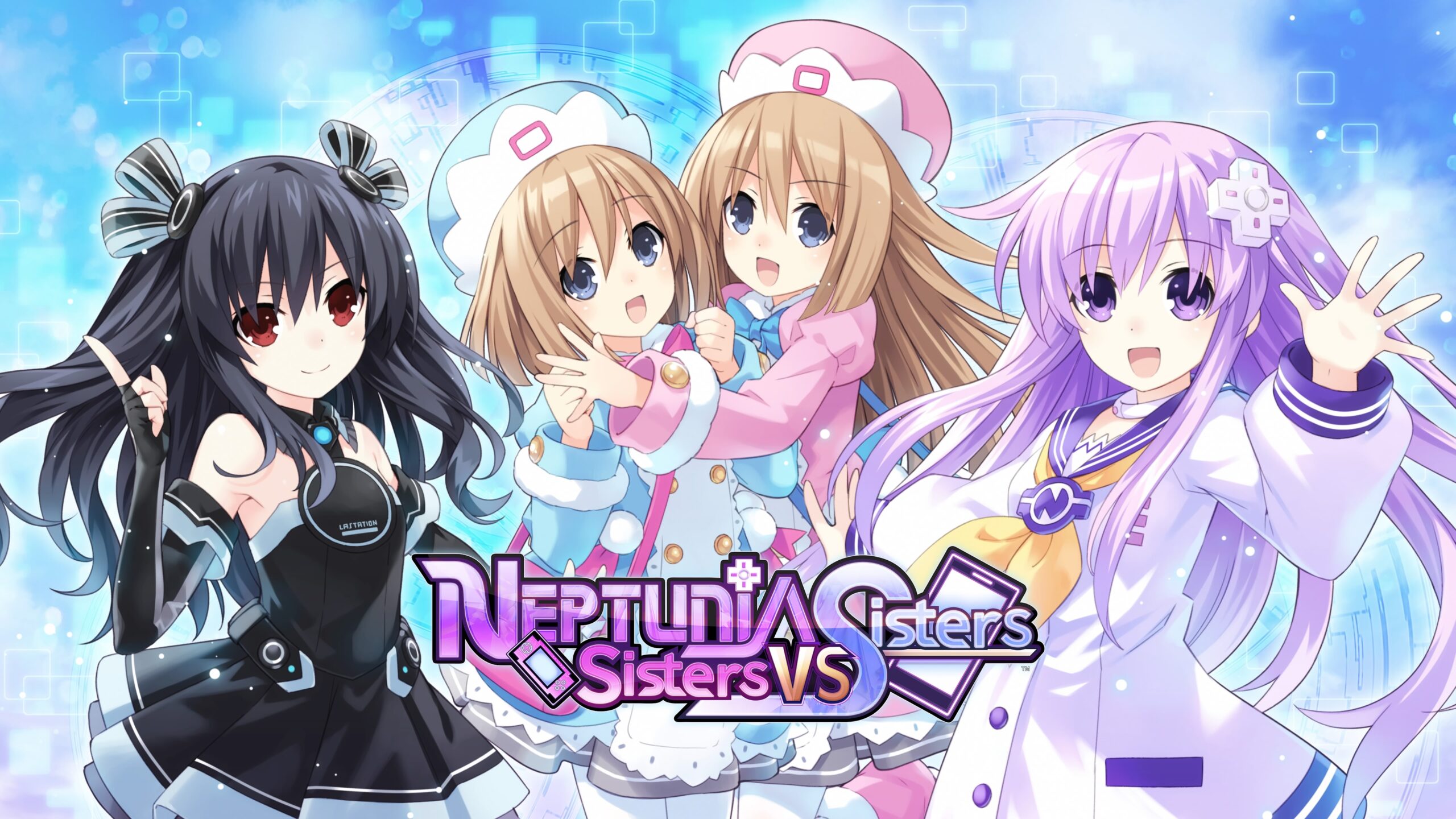 Neptunia has changed a lot since its first inception. The original games were centered more on celebrating the game industry, while also acknowledging its history. It’s what made the original concept so interesting, as Neptune, named after an unreleased Sega console, had a number of moves/references to Sega’s console war days. As the series has evolved, we’ve seen different takes, spin-offs, weird attempts at other genres, with the latest, Neptunia: Sisters Vs Sisters, putting the spotlight on the franchise’s supporting players. Can Nepgear and the rest win fans over, or are they better seen in short bursts?

Neptunia: Sisters Vs Sisters is the first title in a long time that feels like a continuation of the main storyline. The original games centered on the Gamindustri’s four goddess, as they fought against the evil known as Arfoire. At the time it was meant to be something of an allegory about rising against piracy, something that made a lot more sense back then when R4 cartridges were extremely common.

In this installment the main cast, except for Blanc, is lost after fighting Arfoire, forcing the sisters to defend Gamindustri against the rise of rPhone. It’s a narrative that would’ve had more poignancy around a decade ago, as mobile devices now have their own niche, though it’s still nice to see new characters/worlds added to the Neptunia universe.

As for the story itself, it’s much closer to earlier adventures. Instead of having a character driven adventure filled with jokes, things are largely centered on the task at hand, with some comic relief to break it up. It takes some time to get going, but once it starts moving it’s enjoyable. Things improve as the cast expands, with the latest additions bringing a lot to the table.

The most notable is Higurashi, named after the infamous visual novel series of the same name. She is filled with references to the beloved franchise. This starts with basic things, like her design is modeled after Ryūgū Rena, to amusing touches like having her voice actress, Mai Nakahara, offering her talents for Higurashi as well. She even has quirks that Rena exhibits in the series, making her feel like a loving homage, over a character added for marketing purposes.

While narrative has generally been Neptunia’s strength, gameplay remains a weak point. Compile Heart went with a slightly different type of action RPG. Enemies still walk around, can be attacked to start battles with an advantage, though every encounter is its own instance. This isn’t too bad, it’s the style of gameplay that is rough.

Instead of focusing on a strong couple of attackers, Neptunia: Sisters Vs Sisters is very manic. Since every character has a finite amount of AP, a resource used to attack, you want to attack with one character, wait for a prompt to swap, and endlessly cycle between your characters until the encounter is over. Going slow will result in having access to fewer overall attacks, so it’s far more advantageous to abuse invincibility frames, and other advantages. It’s unfortunately mindless, making the whole thing feel needlessly convoluted.

Neptunia: Sisters Vs Sisters tries to improve this by adding some variety. You can change attack rotations, extremely important in situations where you can capitalize on weaknesses, special attacks, transformations, to even super moves. Like most titles in the franchise, these elements are not entirely needed, as overwhelming enemies will end most non-boss tier threats.

This time a block/dodge was added for some additional depth. However, it is not possible to cancel out of animations, making it feel inconsistent. Realistically, you need to anticipate enemies attacks, stop what you’re doing, and then move, something that is hard to justify when an aggressive play style is generally rewarded.

You Can Explore Shops

Speaking of rewards, players are given the same core advantages you’d expect from the series. Progressing forward will unlock better items in the shop to buy, as will going down optional paths in a dungeon. There is always an advantage in exploring all of your options, something I strongly suggest, as it’s easy to fall behind. There are also optional events, something that generally add some humor to the adventure, or expand on the main narrative.

While there are some strong moments, performance is in a weird spot. Characters/enemies generally move without a hitch. They’re smooth, respond well to commands, with the swap system working fairly well. However, the same can’t be said about environments. It frequently looked like frames were being dropped by walls/grass, something that quickly gave me a headache. This makes playing long term somewhat difficult, and a huge negative to long dungeons.

Overall, Neptunia: Sisters Vs Sisters is a good Neptunia game. The story is interesting beyond jokes, with gameplay that is at least engaging. I would’ve loved to see more depth from gameplay, along with better performance, but the overall Neptunia: Sisters Vs Sisters will likely appeal to fans of the franchise. Especially if you have experience with some of the new things being referenced.

[Editor’s Note: Neptunia: Sisters Vs Sisters was reviewed for PlayStation 5, and a copy was provided to us for review purposes.]

Narrative is engaging and funny

Plenty of new mechanics to mess with

New characters are a welcome addition to the team

Action gameplay is deeper than the turn-based RPG titles

Gameplay is very manic for an action game